Could good air-conditioning be the key to better customer service?

IN THE summer of 2010, Moscow experienced its worst heat wave in centuries. Air-conditioning and ventilation were poor in many buildings, and people suffered for weeks as temperatures regularly reached over 38 degrees Celsius (100 Fahrenheit). 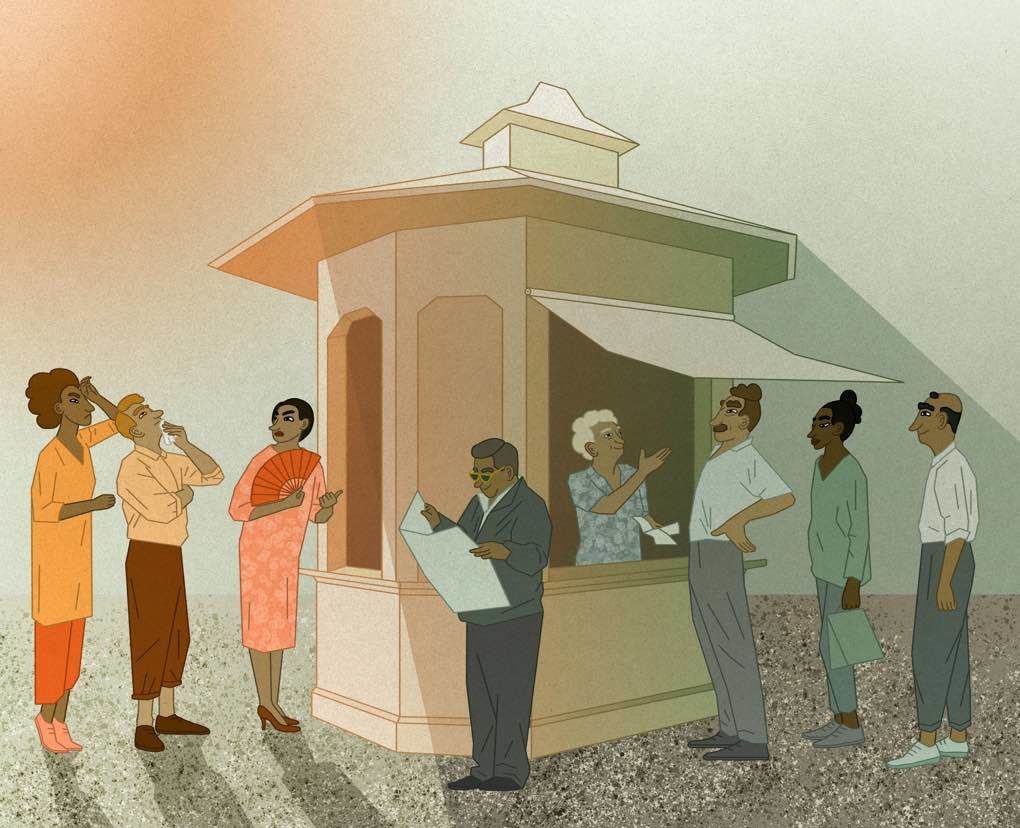 Maryam Kouchaki of the Kellogg School and Liuba Belkin of Lehigh University wondered whether “prosocial” behaviours – helpful, ethical acts for which people are not explicitly rewarded – took a hit during the sweltering temperatures.

They found that customer service was far worse in Moscow stores during the hot summer. The researchers also found in a set of studies that when people get uncomfortably hot, they are less likely to volunteer to be helpful across a variety of situations.

These findings are an important reminder for managers that employees’ environment can have a sizeable impact on their behaviours, especially prosocial behaviours. Even in circumstances when people know they should be helpful, feeling uncomfortably warm can make it hard to act on that knowledge.

“There’s been the perspective that there are good people and bad people,” Kouchaki says, “but we show that something that’s out of people’s control is influencing their decisions.”

The idea for the research began when Belkin, who is from Russia, was approached by a large Moscow retailer hoping to improve employee performance at its stores.

The retailer, which sells leather and travel goods, had collected several years of customer-service data by hiring undercover evaluators – “mystery shoppers”, as they’re known in the US – to visit the stores and report how the sales staff treated customers. Did the salesperson volunteer to help customers? Did the salesperson greet customers? Did she—the sales staff were always female—ask questions to find out what customers were looking for?

To many Americans, such attentiveness seems like a basic job requirement in sales. But in Russia, these proactive customer-service practices were only beginning to be encouraged, and tended to be viewed as voluntary.

So how did the heat impact this voluntary behaviour?

Kouchaki and Belkin analysed the mystery-shopper data and determined that prosocial customer service took a hit during the heat wave.

After controlling for the number of sales staff on duty, the researchers found that employees were more than twice as likely to offer help during the cooler summer than during the sweltering one.

The deleterious effects of heat are not limited to customer service. The researchers found that high temperatures also impact the prosocial behaviours of college students sitting in classrooms.

A second study looked at students who were taking the same undergraduate course, divided into two sections. One section met in a comfortable, air-conditioned room, and another met in a hot room with bad AC.

Students in both rooms were asked to volunteer to fill out a 150-question survey, ostensibly to help out a nonprofit. Because the survey was so long, they were told they could stop whenever they wanted.

So just what is it about the heat that shapes human behaviour? Could it be fatigue?

The researchers tackled this question in two of their studies. In one, they divided online participants into two groups. One group was asked to spend a minute with their eyes closed, recalling a time when they “felt uncomfortably hot,” then write down what they remembered. A second group did the same exercise, but were asked to recall the events of the previous day.

All participants were then prompted to describe their level of fatigue as well as their mood. Afterwards, they were asked if they would help with another short survey, though they would not be paid for it.

As expected, the researchers found that those who had been thinking about feeling hot reported being more tired and in a more negative mood. This group of participants was also less likely to offer their help with the additional survey. Further analysis revealed that their unwillingness to help could be explained by their feelings of fatigue and their negative mood.

“People know they are expected to display positive attitudes and help the client or their instructor,” Kouchaki says, “but because of discomfort, your cognitive resources are depleted, so you have less ability to regulate your emotions.”

In other words, with your mind so preoccupied with its own comfort, your self-control plummets, making it harder to muster the goodwill it takes to help others.

Kouchaki says that any situation that causes discomfort – not just feeling overheated – can trigger this psychological process.

For example, in a different line of research, Kouchaki found that feeling anxious leads to more unethical behaviour. So there’s reason to believe that high stressors, from performance pressure to bad bosses, could also affect prosocial behaviour.

The idea that our environment affects our willingness to help others is part of a long tradition in social psychology research, Kouchaki explains.

A classic experiment from the 1970s, sometimes called the Good Samaritan study, found that seminary students were less likely to stop and help a stranger slumped in an alleyway when the seminarians were pressed for time.

Yet most people are quick to point to personality and character, rather than the environment, in explaining others’ bad behaviour, Kouchaki says. We tend to assume, for example, that the unhelpful store clerk is just lazy, rather than having a bad day.

Unfortunately, these assumptions can influence how we treat people.

Kouchaki has preliminary, unpublished results suggesting that when managers attribute a person’s dishonest behaviour to low integrity, rather than to circumstances, the managers are less likely to give the worker developmental feedback, apparently writing them off as a lost cause.

All these findings lead to some straightforward implications for companies, Kouchaki says.

If you can provide a comfortable work environment – beyond just air-conditioning – you’ll improve performance. And if an employee disappoints, it is worth taking the extra effort to investigate whether outside factors may have played a role.

“My goal is to increase awareness of these contextual factors,” Kouchaki says, “and at the same time to increase conversations in organisations to help people learn and grow.”