As the world turns its back on the internal combustion engine, the electrification of public transport and the movement of goods starts to gather momentum, thanks to a business vision… 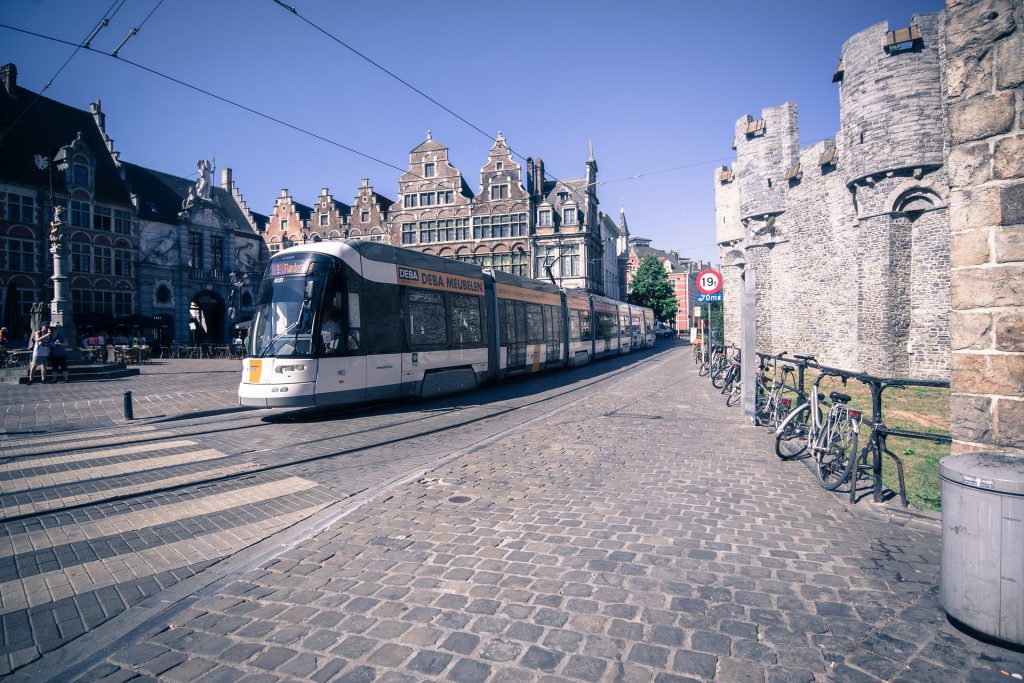 WHEN production of the Ford Model T reached 15,000,000 in 1927, it signalled the death knell for the seemingly short life of the electric tram. The age of the motorcar was well and truly underway, and the once ‘futuristic’ tram would be gradually consigned to the scrapyards of countries across the globe.

St Petersburg had revolutionised how people could be moved around a city in large numbers soon after Fyodor Pirotsky had modified a horse-drawn tram to be powered by electricity in 1880. His conversion triggered a wave of parallel developments throughout the industrialised world where, within ten years, almost every town and city had its own electric-powered tram system.

The advent of the personal motor vehicle swiftly relegated what was an efficient and advanced transport system largely to the history books. Manchester was the first European city to abandon its trams in January 1949, when city planners declared they belonged to a different age. A strange juxtaposition then, that the same Manchester led the tram revival with the ‘Metrolink’ in 1992.

Over the last quarter of a century, many other cities have made tentative steps towards something of a revitalisation of a public transport scheme that was too hurriedly abandoned.

Many projects have stuttered their way into the transport infrastructure of towns and cities, and done little to restore people’s faith in what, at least on paper, should be fondly regarded as the pinnacle of urban conveyance efficiency. In Edinburgh, for instance, the Scottish capital’s tram scheme overran by three years. By the time it had opened in 2014, it had bled the public purse of £375m more than it had originally been budgeted for.

A similar story emerged this year in South Yorkshire where the ‘tram-train’ linking Rotherham to Sheffield was supposed to cost a mere £15m. The bill now stands at some £75.1m.

Neither examples do much to cast a glowing light of faith upon urban tramways, but some European cities are providing a heart-warming counterbalance for the romantics who are desperate to see trams succeed. And it is in these places where a business vision is providing the answers.

Some of the continent’s most important tram networks are being used by businesses for the transport of goods across the cities they serve. In France, for instance, where a wealth of investment during the 1980s paved the way for extensive and well used passenger networks, freight trams are now being laid on to allow businesses to move their goods around busy places like St Etienne.

It’s here where other cities are observing how the ‘TramFret’ project is making the efficient network even more productive. Executives from the UK and other countries have already visited St Etienne to see if it might pave the way for more successful tram networks in the coming, all-electric years ahead.

The TramFret project reconditions older trams which otherwise would be scrapped, and puts them to use shifting goods from warehouses on the industrial outskirts of the city into the bustling centre. The system largely transports food and beverages to supermarkets and restaurants, but the scheme has been so successful it looks likely that it will be expanded to embrace a wider range of goods and services.

The project is the brainchild of Efficacity – a research and development institute which has brought together supermarkets like ‘Casino’ with tram operator STAS (Société de Transports de l’Agglomération Stéphanoise) and the local authority.

According to Joel Danard – the business development officer for Effacity – many businesses are queuing up to take part in the tram freight scheme.

“It was based on the idea that if you could bring the flow of goods on to the tramway, it would prevent adding to traffic on the road,” he explained.

“It avoids congestion on the roads, and so it helps reduce the amount of carbon emissions and pollution.

“Casino find it economical because it’s very quick and convenient to get the goods into the downtown area – you can almost push the goods from the tram right into the shops. The transport operators also like the idea of reusing the older stock, rather than letting it go to waste.”

It is this vision of helping to create a circular economy in St Etienne which is exciting French business leaders.

Meanwhile, in the forward-thinking German city of Dresden, a similar scheme has been running for several years. ‘CarGoTram’ has been successfully shifting parts for the Volkswagen vehicles from VW’s freight depot to the main factory and assembly lines since 2002. And, in neighbouring Switzerland, the local authorities in Zurich have recently been using old trams to move electrical waste and metal recycling across the city.

In the UK, where tramways have been welcomed but riddled with teething problems, the Light Rail Transit Association – a non-profit organisation dedicated to advocating and researching the development of tramways and streetcar systems – says UK cities should be turning to the examples set by France, Switzerland and Germany.

“It could be that some large businesses in the UK see the advantages, but you would need to have an expanded passenger tram network here first.

“There are still plenty of cities that could benefit from a tram system, and there comes a point when you can’t squeeze any more buses on to the road, but trams are more likely to get people out of their car than buses.

At the same time, James Hammett of the trade body UKTram, predicted that tram systems across Europe still had plenty of room for expansion.

“Tramways and light rail have an important part to play in public transport connectivity, city regeneration and growth, so we expect to see some new schemes coming to fruition,” he said.

“The UK could mostly definitely benefit from new tram systems.”