PICK a word starting with “C”… no, not coronavirus; not yet, anyway. The C here stands for crustaceans.

The humble shrimp, for instance. During their short lifetime, shrimp move barely more than a few thousand metres, all-up, from their birthplace.

Once caught, and soundly dead, shrimp become a migrating species.

After landing in the nets of a Spanish bottom-trawler working the fishing grounds off Morocco, ensnared shrimp embark on a journey that takes them first to Breskens in The Netherlands. This rather unremarkable village of barely 5,000 inhabitants at the mouth of the Scheldt — the waterway that links the port of Antwerp to the North Sea and beyond — is home to one of Europe’s largest fish auctions. 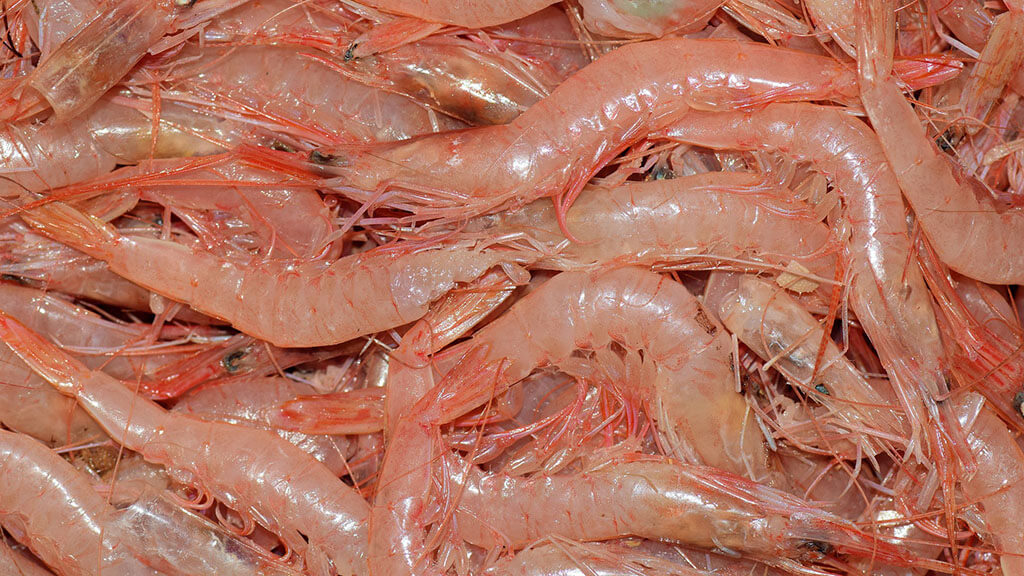 Arriving in reefer trailers, the catch is sold, and shipped back to Morocco for cleaning and packing before returning to Breskens, where it is warehoused. After changing hands a few more times, the shrimp enter the wholesale distribution chain. Every morning, before the break of dawn, hundreds of lorries fan out from Breskens to deliver their cargo all over Europe. Some shrimp may have travelled the length of Europe four times before being served up as a cocktail.

This is typical of the many intricate supply chains that span continents and oceans. They are powered by economies of scale and the comparative advantages first described by David Ricardo, one of the four great classical economists, in the early 19th century.

In a more recent example, Dutch medical equipment manufacturer Philips was able to avoid an export ban on the respirators it assembles in the US only after the company reminded federal authorities that European countries such as Czechia and Germany — where Philips sources key components for the device — could break an already strained supply chain.

In a globalised economy, no country is truly independent. Sovereign prerogatives such as the control of domestic markets have been eroded to a degree that few governments truly grasped — until now. In normal times, almost nobody cared. Goods and services are delivered efficiently and cheaply. Hauling shrimp over vast distances makes perfect sense when the low cost of manual labour in Morocco compensates for the extra logistics outlay.

Philips assembles its respirators from components sourced on the global marketplace. Their provenance is irrelevant. Today’s “lean” equipment manufacturers are, at most, design studios, assemblers, and marketeers. Most cut out the middle bit as Apple did: the company’s engineers design products and its marketing department finds customers for them. All other processes are outsourced and off-shored.

The corona pandemic has put a ticking time bomb under this setup.

French president Emmanuel Macron was one of the first heads of state to openly recognise the importance of rebuilding national sovereignty: “The day after will not be like the day before.” Macron made that remark during a discussion about the need for France to produce the personal protection equipment (PPE) domestically, instead of buying it from China.

Jean-Luc Mélenchon is a former presidential candidate and leader of the hard-left La France Insoumise (Unbowed France, LFI for short). He reminded Macron (via Twitter) that just two years ago the country’s only PPE manufacturer was bought by the US industrial conglomerate Honeywell. Honeywell shuttered its factory in Brittany and moved production to China. According to Mélenchon, the machines that produced almost a million facemasks each day were subsequently destroyed. “At the time, Mr President,” he said, “you did nothing to stop that.”

One of the most convincing selling points of globalisation was the affirmation that economic downturns are localised: no matter how overcast the sky, somewhere in the world the sun would be shining. Over the 30-odd years that “somewhere” was usually China. The country seemed impervious to recession. It was suspected to have the magic potion that cleared the path for sustained, if not unstoppable, growth.

This caused concern among political scientists, who feared that the formula included authoritarianism and mass surveillance, with added elements of a command economy — anathema to western liberalism. Literati were quick to detect echoes of George Orwell in his dystopian classic 1984.

If there is a silver lining to be found, it might involve a re-evaluation of corporate and societal values that had been dismissed as outdated or inefficient.

Supply chains and sovereignty need fixing, and the path to follow has already been traced. As governments pour money into corporate aid-packages, most will eventually want to have their say on how business is conducted. Even before the virus struck, some die-hards of free trade — Denmark, Germany, and The Netherlands — had begun to question the wisdom of granting primacy to the global market. Britain, for all its talk of the magnificent benefits brought by free trade, retreated from the EU — the freest market of all.

Once the pandemic has subsided there will, of course, still be a global market of sorts. Redesigned and rebuilt supply chains will emerge. Expect more eye for resilience and less emphasis on outsourcing.

China may want to consider boosting domestic consumption, while the US and Europe could revisit their industrial past and polish up a few rustbelts.

An existential threat tends to focus the mind. To clarify the role of the private sector, light needs to be shed on one of the least-studied areas: wartime economies.