The Global Commission on the Future of Work  wrapped up its first meeting on Sunday 22 October following an in-depth discussion of the main forces shaping the world of work, and the opportunities to be leveraged and challenges to be addressed for a future of work with social justice to be secured. 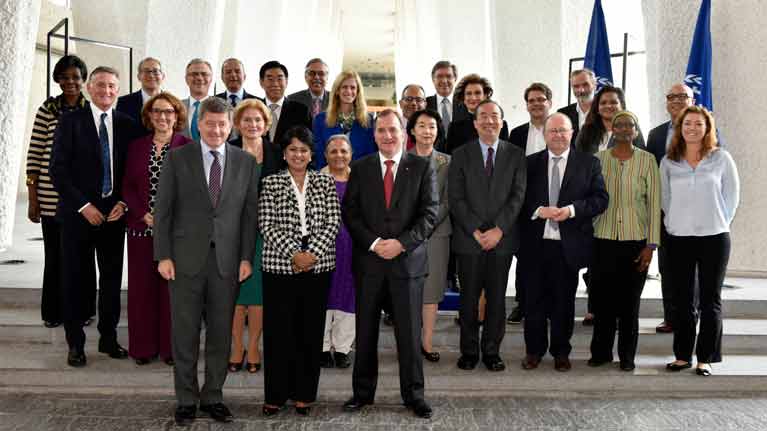 The 28 member Commission looked at the so-called “mega drivers of change” – technology, demography, climate change and globalization – and also focused on a number of more specific issues, including the changing role of women in the workforce, the importance of education and skills, the relationships between poverty, inequality and informality in the world of work, the prospects for youth, the role of businesses, employers and trade unions, and the evolving values and preferences in societies that will have an impact on the world of work.

The Commission emphasized the need to generate action and impact on key world of work issues which are at the centre of societal concerns around the world. In developing its recommendations the Commission plans to engage with relevant actors and stakeholders.

Co-Chair President Ameenah Gurib-Fakim stated that: “The globalized world that we are living in calls for a global solidarity for addressing those issues which are no longer regional, no longer national but of global nature.” Co-Chair Prime Minister Stefan Löfven of Sweden commented that, “We’re talking about the need for a global economy that works for everybody, not just for a few.”

The Commission’s report will be submitted to the ILO’s Centenary International Labour Conference in 2019.

The next meeting of the Commission is scheduled to take place in February 2018 in Geneva.

Note: The Global Commission was set up to assess the transformative changes taking place in the world of work and to make recommendations on the way forward. It marks the second stage of the ILO’s Future of Work Initiative , launched by ILO Director-General Guy Ryder in 2013, following the first phase during which ILO member States convened national and sub-regional dialogues to provide their perspectives on the future of work.