Based on insights from SARIT MARKOVICH, clinical associate professor of strategy at the Kellogg School

RECENTLY there has been an explosion of global interest in blockchain, the distributed ledger technology at the heart of cryptocurrencies like Bitcoin and Ethereum. 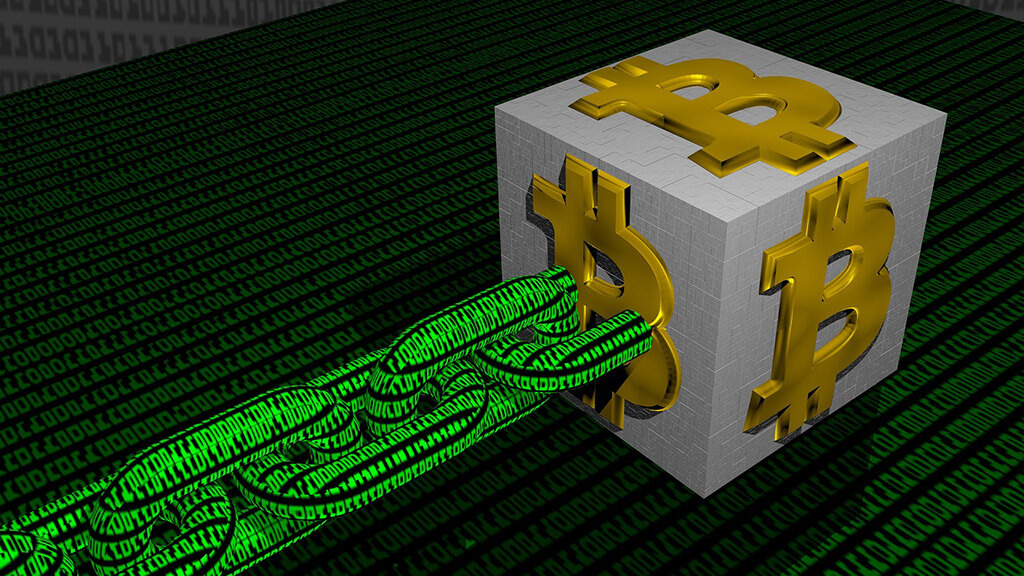 Proponents see blockchain’s impact eventually stretching beyond Bitcoin to real estate and supply chains. But most of the current hype is in finance and banking, with some predicting this new method of transferring and recording assets will “democratise” the industry.

And theoretically, it could. The public ledger system pioneered by cryptocurrencies – decentralised, transparent, and accessible to anyone – is designed to empower individuals who would otherwise be at the mercy of large banks and central governments.

But is that the direction blockchain is heading?

Not necessarily, according to Sarit Markovich, a clinical associate professor of strategy at the Kellogg School and an expert on fintech innovation.

“There are certainly huge advantages to blockchain technology, especially when it comes to cross-border transactions,” Markovich says. “But I doubt we’re going to reach the point where decentralised cryptocurrencies replace cash or distributed ledgers replace central banks. There’s too much room for manipulation. Instead, it looks like the real innovation will occur within large institutions, which is not exactly democratization.”

The appeal of decentralised cryptocurrencies is that they are run by individuals in a transparent marketplace, with no central bank to print money (or manipulate rates), and no financial institution to collect its cut in fees. Ideally, this lowers access barriers and helps rid the financial system of corrupt or monopolizing forces.

But the evolution of cryptocurrencies has shown that these digital networks are vulnerable to some of the same problems all financial markets face, including price manipulation, insider trading, and lack of trust in the system.

Consider the case of Bitcoin. At first, anyone who joined the network could “mine” for bitcoins by using software to solve complex mathematical puzzles. Solving these puzzles created “coins” (the Bitcoin network’s equivalent of printing paper money), which the miner could keep or sell. Initially, the reward for solving one of these puzzles was 50 bitcoins; it is now 12.5 (the reward was designed to be cut in half after every 210,000 blocks mined and, eventually, be reduced to zero after 64 halving events).

But over time, groups of miners combined their processing power and began to dominate the network. These “mining pools” have tended to crop up in places where cheap energy and hardware makes it possible to run mining software on hundreds of machines in large warehouses, greatly improving the odds of success—as of September 2017, more than two-thirds of bitcoins were mined in China. That meant bitcoins were being mined more quickly than expected, and in a way that concentrated power in the hands of a few early movers.

In addition to “mining pools,” there is also the problem of “whales”: roughly 1,000 people own around 40 percent of all bitcoins. As the market continues to rise, there is a risk that some may be in a position to manipulate the market. For example, they could collude in an effort to drive the price of Bitcoin up, then cash out all at once—and perhaps even bet against the futures market.

“Essentially, you would have something that looks a lot like insider trading,” Markovich says. “And there’s no regulation to stop it.”

One other issue is that under the current system, Bitcoin users can get priority on the network by adding a fee to their transactions, thereby incentivising miners to add their transactions to the blockchain before any others. And since the number of bitcoins was always meant to be capped at 21 million—a cap observers think the network may reach sooner than expected—the network will eventually move to a fee-based model. This could threaten the blockchain’s security, because, with so many miners, fees would be low, and many would probably exit the market, resulting in congestion until the mining fees increased enough to attract those miners back to the network. Such cycles of excess supply or demand make Bitcoin an unreliable, unattractive payment system.

These kinks in the system point towards what is perhaps a more fundamental problem with using a public ledger: without a central authority, it can be difficult to settle disputes. The Bitcoin community never completely agreed on how to scale its network, and eventually, this disagreement led to what is known as a “hard fork” in the blockchain. In August, one group – worried that Bitcoin transactions had become too expensive and too slow – branched off and created a separate cryptocurrency, Bitcoin Cash.

“The only way to regulate a democratised currency is to reach agreement among the community,” Markovich says, “but there’s not really a mechanism to do that, so it’s not exactly democratic, or not sustainably so. If enough people want to make a change, they just fork the chain or introduce a new currency.”

So although the idea behind democratised cryptocurrencies is to decentralise power and make transactions more secure, the case of Bitcoin suggests that there will always be some on the network who (thanks to expertise, higher capacity, or strong incentives to maximise their returns) can accumulate power and manipulate the system in their favour.

Bitcoin, of course, is only one example of how blockchain can work, and few are predicting that it will become the currency of the future. But the spread of cryptocurrencies does raise the question of blockchain’s stability.

As a distributed ledger that keeps an automatic, immutable record, it is theoretically a secure method for tracking assets. But the system is not without its sceptics. The Financial Stability Oversight Council, a U.S. government body, warned about blockchain technologies in its 2016 annual report, citing the potential for fraud and the challenge of dealing with multiple regulatory jurisdictions. And in September 2017, China announced that it was banning initial coin offerings (ICOs), a popular fundraising method for start-ups using digital currency.

The sharp rise in Bitcoin’s price – from $1,000 in January to nearly $20,000 in mid-December – has fuelled regulators’ concerns. And with so much money now at stake, investors fear the blockchain could be vulnerable to hacks.

Markovich does not view hacking as the primary issue – any open-access software is vulnerable to hacks. The real issue, as she sees it, is containing the network’s damage if things start to go wrong.

“We saw how difficult it was to contain the global crisis in 2008,” she says. “This could also be a problem for blockchain, in the sense that one can’t limit it to a single geographic area.”

Adding to the challenge is the fact that attitudes towards cryptocurrencies vary according to people’s trust in centralised institutions.

“Someone in the US might think such currencies are too volatile, whereas someone in a different part of the world might say, ‘Well, it’s less volatile than my own national currency, and I don’t trust my central bank’.”

Regulators, too, might view the threat differently, depending on the region or nation. Some still consider the technology as a tool for criminals on the dark web; others see it as the next Internet. But even if most countries decided to ban certain uses of blockchain technology, there is no guarantee that a popular network would not continue to spread. BitFlyer, a Japanese exchange, appears to have been a major source of the recent price surge.

“As long as one regulatory body allows it, it’s potentially open to everyone,” Markovich says.

So if cryptocurrencies are too decentralised to be effectively regulated, at least for the time being, where might this distributed ledger technology have the biggest impact?

Markovich says we are more likely to see the rise of private blockchains within large organizations—systems that might be analogous to a company-wide intranet. For example, Maersk is using blockchain technology to manage its shipments, Airbnb is using it to authenticate the identity of its members, and IBM is experimenting with the use of digital currency for global money transfers.

But the greatest commitment is coming from banks. JPMorgan Chase has created its own private blockchain platform, known as Quorum, and a number of blockchain start-ups are building platforms designed to help banks conduct transactions on a distributed ledger. Relying on this common ledger instead of a third party saves both sides time and money.

“We’re seeing an interest from big banks, as well as supply chain and real estate companies, because the real value of a distributed ledger is the efficient, trustworthy record of transactions between counterparts,” Markovich says.

One of the most competitive fields is that of cross-border payments. Ripple, founded in 2012, is just one of a growing number of firms helping businesses transfer money globally at low cost using its own cryptocurrency, XRP. (In late 2017, XRP rose to become the second most popular cryptocurrency by market cap.) Among Ripple’s many customers are Standard Chartered and Bank of America.

But even if blockchain becomes the new standard for all financial exchange, it seems unlikely to be “democratic.”

“It’s certainly going to add value, but it won’t be the answer to everything.”