Bangkok, October 4, 2017: Improved global growth prospects and continued strong domestic demand underpin a positive outlook for the developing economies of East Asia and the Pacific, says the latest World Bank report on the region. Stronger growth in advanced economies, a moderate recovery in commodity prices, and a recovery in global trade growth, are the favorable external factors that will support the economies of developing East Asia and Pacific to expand by 6.4 percent for 2017.

The October 2017 edition of the East Asia and Pacific Economic Update reports that the uptick in growth in 2017 relative to earlier expectations reflects stronger than expected growth in China, at 6.7 percent, the same pace as in 2016.  In the rest of the region, including the large Southeast Asian economies, growth in 2017 will be slightly faster at 5.1 percent in 2017 and 5.2 percent in 2018, up from 4.9 percent in 2016.

Several external and domestic risks could impact this positive outlook. Economic policies in some advanced economies remain uncertain, while geopolitical tensions centered on the region have increased. Monetary policies in the U.S. and the Euro Area could be tightened more quickly than expected. Many countries in the region have high levels of private sector debt while fiscal deficits remain high or are on the rise.

“The recovery of the global economy and the expansion of global trade are good news for the East Asia and Pacific region and its continued success in improving living standards,” said Victoria Kwakwa, World Bank Vice President for the East Asia and Pacific Region. “The challenge will be for countries to strike a balance between prioritizing short-term growth and reducing medium-term vulnerabilities, so that the region has a stronger foundation for sustained and inclusive growth.”

China’s gradual rebalancing away from investment and towards domestic consumption is expected to continue, with growth projected to slow to around 6.4 percent in 2018.

Thailand and Malaysia are expected to grow more rapidly than expected, due to stronger exports, including tourism, for the former, and increased investment in the latter. Gains in real wages are fueling strong consumption in Indonesia, and a rebound in agriculture and manufacturing is boosting growth in Vietnam. In the Philippines, the economy is projected to expand at a slightly slower pace than in 2016, partly due to slower than expected implementation of public investment projects.

The outlook for smaller countries is mixed. Mongolia and Fiji are expected to fare better in 2017-2018. Mongolia’s macroeconomic stabilization program is encouraging new foreign direct investment in mining and transport. Fiji’s growth will be supported by reconstruction from Cyclone Winston. Growth in Cambodia and Lao PDR is moderating compared to 2016, but its pace remains higher than other countries in the region; trade and FDI in Cambodia and expansion of the power sector in Lao PDR are the main drivers.

Expanding tourism, low world commodity prices, high levels of revenue from fishing fees, and rising construction activity are supporting moderate GDP growth rates in most of the small Pacific Islands. In the longer term, reforms in tourism, labor mobility, fisheries, and the knowledge economy have the potential to lead to significantly higher incomes, employment, and government revenue.

“The improved prospects for global growth offer a window of opportunity for countries to reduce vulnerabilities while pursuing reforms that can yield growth dividends over the longer term,” said Sudhir Shetty, World Bank Chief Economist for the East Asia and Pacific region. “Reducing risks to financial sector stability and strengthening competitiveness, including through deeper regional integration, remain priorities.”

To maintain resilience against risks, the report calls for a move away from measures aimed at short-term growth towards policies that address financial sector and fiscal vulnerabilities. These measures include: strengthening supervision and prudential regulation in countries experiencing rapid growth in private-sector credit and debt; reforming tax policies and administration to help boost revenue collection; and being ready to tighten monetary policy if warranted by the pace of interest rate increases in advanced economies.

The report also highlights the potential that tourism development and deeper regional integration offer to offset the risks of protectionism. Growth in tourism, if well managed, has the potential to yield substantial benefits to the region, including for the Pacific Island Countries. The ASEAN Economic Community offers one avenue for promoting further regional integration, including by further liberalizing trade in services and reducing non-tariff barriers.

Despite success in reducing poverty, high and rising inequality is a growing concern, as are falling mobility and growing economic insecurity. For lasting inclusive growth, measures to reduce extreme poverty must be accompanied by policies that broaden access to quality services and more productive jobs, and stronger social protection systems that reduce the consequences of adverse shocks.

The East Asia and Pacific Update is the World Bank’s comprehensive review of the region’s economies. It is published twice yearly and is available free of charge at http://www.worldbank.org/eapupdate 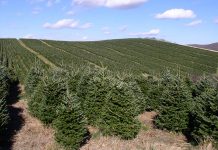