OK, SO you’ve seen Pirates of the Caribbean 1, 2, 3 and 4. You’ve set sail (in your imagination) to exotic isles and hideaway coves. You’ve maybe even dived beneath the silver screen surface with The Little Mermaid. But are you ready for the real thing? 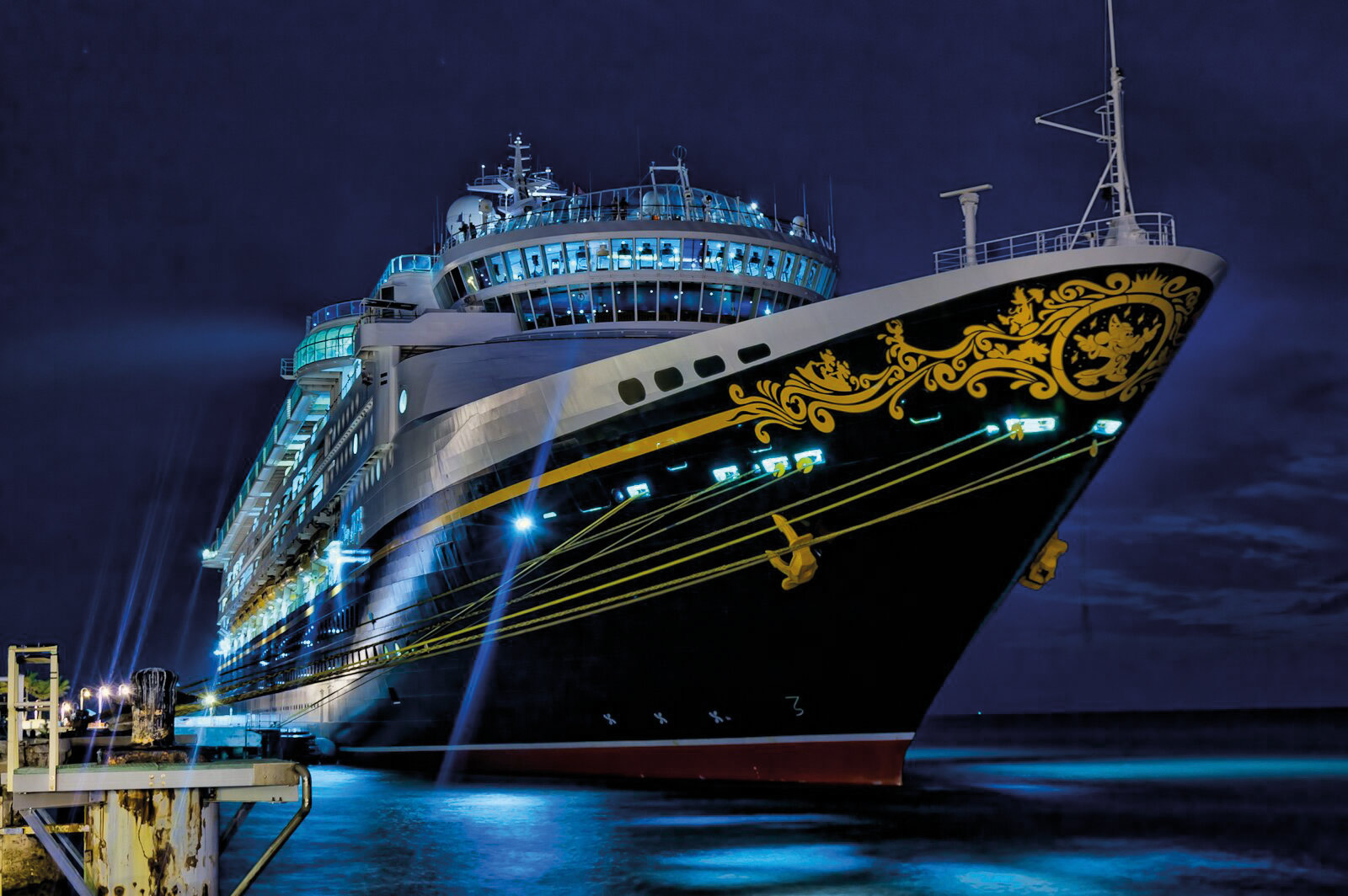 Disney does more than “just” make family movies. The Disney Cruise Line has four luxury ships – named Magic, Wonder, Fantasy and Dream ­– for “pirates, princesses and parents”. The ships set sail from ports around the world, from England to Canada, the US to Puerto Rico and Spain, with exciting destinations.

But before we delve into the fun, let’s take a quick look at the go-ahead environmental stance Disney has taken with its cruises. Each ship has an onboard environmental officer dedicated to overseeing all environmental systems and procedures, along with shipboard recycling, waste minimization and water reclamation efforts.

Condensation from the shipboard air conditioning units is collected and re-used to wash the decks, saving more than 30 million gallons of water each year.

Disney made history by being the first cruise line to use a hull coating that is 100 percent non-toxic to the marine environment, and effective in increasing fuel efficiency. The coating helps reduce the ships’ surface resistance in the water, decreasing the need for propulsion power. Used cooking oil from shipboard galleys is offloaded and recycled in ports of call around the world, and converted into biodiesel fuel.

Onboard recycling systems help divert more than than 325 tons of aluminum, plastics, paper and non-traditional recyclables from conventional waste streams each year. (That’s the equivalent of over 54 school buses – or 24 humpback whales.)

Partnerships with local non-profit organizations, researchers and educators in a multi-year project restore the health of the coral reefs around the Bahamas. Researchers are taking long-spined sea urchins that are native to the area and translocating them to coral reefs endangered by algae overgrowth.

Back to the fun. There’s entertainment for the kids, of course, but the “big people” are not forgotten, with spas, intimate dining and nightlife, Broadway-style live shows, deck parties and more.

Original Disney live shows play in the Walt Disney Theatre (the theatres on the four ships keep the same names). There are also new-release and first-run movies – some in 3-D – in the Buena Vista Theatre. Open-air music-and-dance deck parties are heavy on fun—and fireworks.

Whatever port your ship docks in, you’ll come into contact with interesting cultures and places, such as Hemingway’s home on Key West, Rome’s celebrated Colosseum or Tivoli Gardens in Copenhagen.

The Disney ships are painted in Mickey Mouse-inspired colours – black hull, white superstructure, yellow trim and two giant red funnels, each with the Disney Cruise Line Mickey Mouse logo. Disney was granted special permission from the US Coast Guard to paint the lifeboats yellow, in keeping with the colour theme.

The Disney Magic was built in two halves 100 miles apart. Part of the ship was constructed in Ancona, Italy, then towed 100 miles to meet the stern in Marghera (just outside Venice) to be joined.

Most of the staterooms on the ships have ocean views, and many have private verandas and the added convenience of a sink and tub/shower in one room and a sink and toilet in a separate room.

On an average seven-night sailing aboard the Disney Magic, the following food items are consumed:

Every ship has an atrium lobby statue celebrating a classic Disney character: Minnie Mouse, Donald Duck, Mickey Mouse or Ariel sitting pretty. The main showplace for entertainment, the Walt Disney Theatre, spans three decks and can seat 977 guests onboard the Disney Magic and Disney Wonder and 1,340 guests on the Disney Dream and Disney Fantasy. Movies premier at sea on the same day that they are released on land.

Anchors aweigh, me hearties! Time for a real-life adventure – with pizazz.

The Disney Magic and Disney Dream interiors are in art deco style, while the Disney Wonder and Disney Fantasy tend to art nouveau.

The ships boast nearly an entire deck of space dedicated to age-specific children’s activities, and the swimming pools on Disney ships are heated. There is wi-fi in staterooms and public spaces.

Compete in a karaoke showdown, test your Disney knowledge during an evening game show, round up the kids for family line dancing or simply splash it up—or catch a night-time movie—at Goofy’s Pool.

The anchor on the Disney Magic weighs 28,200 pounds – about the same as three full-grown elephants.

On a special night aboard most Disney cruises, the “Pirates IN the Caribbean” deck party features a spectacular pyrotechnics performance – fireworks at sea like only Disney can do!