From cufflinks to cars, Blackberries to dog breeds: status symbols are evolving. BV’s RICHARD THOMAS cranes his neck to get a glimpse of the high life

IN THE competitive world of business, especially the higher echelons, displays of wealth have always been important indicators of authority, and perhaps superiority.

Some status symbols are timeless, but the actual items change with the passing years. Sometimes months. Fashion moves with the times, and last year’s must-have all too quickly becomes this year’s “everyone-has”. When that happens there is no time to lose. Ditch whatever it is and swap it for the latest shiny-shiny bling thing.

A well-tailored suit (bespoke of course) is still a must. But to stand out from the crowd you need to embellish it with accoutrements: hand-made shoes, a silk shirt or blouse, cufflinks (even today), necklaces or earrings (both genders). Getting ready for work is no longer a case of falling out of bed, through a cup of coffee and into your cleanest item of clothing.

Apart from what you wear, you can never go wrong with the corner office, the suddenly available table at the overbooked restaurant when you catch the maitre d’s eye, or the key to the executive bathroom. (OK, the last one I’ve only heard of through ‘70s sitcoms; do they even exist?) And, as always, a tonne or two of steel and alloy, lovingly finished in leather and walnut, will always turn heads at the golf club. Especially if driven by a smartly uniformed chauffer. 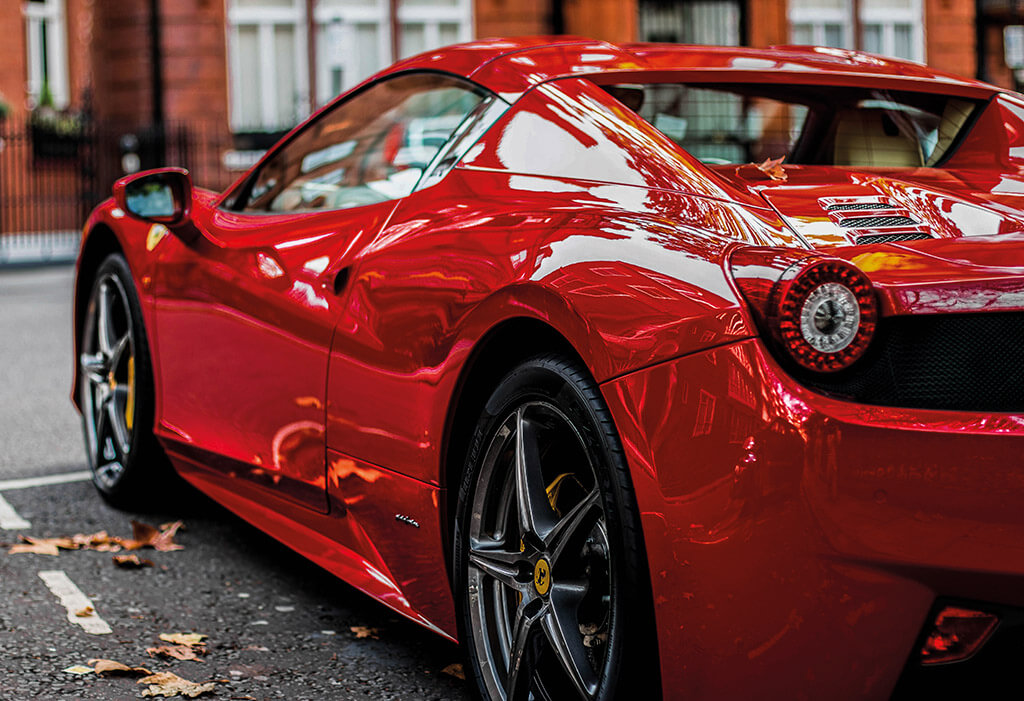 Over the past 20 years, the rise of the internet has seen the intrusion of the personal computer onto the desks of even the most technophobic. But, of course, for executive management it must be the smartest, shiniest computer with the biggest screen, or a laptop with a metallic-finish and edges so thin that the user is in danger of cutting themselves when trying to open it.

It doesn’t matter if the holes this peppers in the IT budget mean that the marketing department has to continue working on steam-power for another year. Ignore the wailing from the fourth floor; they’ll get over it.

Mobile phone technology has progressed faster still, and the occupants of the executive suite compete these days to have the latest and greatest smartphone. If you were to show an ‘80s style mobile phone to anyone under the age of 30 it’s debatable whether they would be able to identify it. In its day it was the ultimate status symbol, but when even toddlers — those with well-off parents, at least — have iPads, the simple mobile has become less an ostentatious display of wealth and more an essential tool.

For a few years, the Blackberry was synonymous with the high-flying executive. Being able to send and receive emails while away from your office was once the height of technological prowess. Barack Obama was a huge Blackberry fan until he took over the US presidency, at which point the White House Information Security people had to forcibly remove it from his hands. With the advent of the smartphone (first the iPhone, and later a range of Android-powered phones from Samsung et al) the days of the Blackberry were numbered.

The story about President Obama’s Blackberry brings us to another issue with executive toys: compatibility. In these days of Bring Your Own Device, the IT department can still enforce policies to ensure that the equipment is compatible with the company’s systems, and that proper data security can be maintained. But when it’s the boss who wants to use an incompatible or insecure device, what do you do?

The status symbol of the moment, however, is something quite different. It costs more than money, but everyone can have it. It’s trendy, but it can also benefit the company. And it doesn’t give pleasure to the owner. In these days of permanent austerity and the threat of cuts, downsizing and unemployment, the latest status symbol is being — or at least appearing to be — busy.

Nothing confers more status at the golf club than saying you’re too busy to turn up.
The mantra used to be, “Work to live, don’t live to work”. These days it seems that this has been reversed. Leisure time itself used to be a status symbol, but no more. Movers and shakers in the 21st century are far too busy for holidays, hobbies, family time or school plays. Gordon Gekko would be proud.

But is this progress? That depends on the eye of the beholder. Yes, many people devote their leisure time to fitness activities, but many more spend it hunched over their phone or sprawled on their sofa. For the sedentary among you, would you prefer to ruin your neck or your back?

Maybe the way to kill this insidious fad of chuff-chuff-busy-busy-work-work-bang-bang is to make leisure more interesting. Yoga, perhaps, or meditation. A trip to the gym, or just a walk in the fresh air?

If this last option appeals to you, you could do worse than to adopt a dog. That way you are forced to go out in all weathers, and there’s no getting out of it. But of course, even your choice of dog says something about you. Some of the more desirable breeds are prone to peculiar health issues, such as breathing problems in the case of the currently-trendy French bulldog. And that won’t help you become top dog in the office.