When many of us think of cork – and I don’t know what that reveals about us – our minds naturally visualise a bottle of wine, the wonderful sound of a clean extraction and the overwhelming disappointment when the wine proves to have been contaminated with TCA (trichloroanisole) or, in the common parlance, corked. 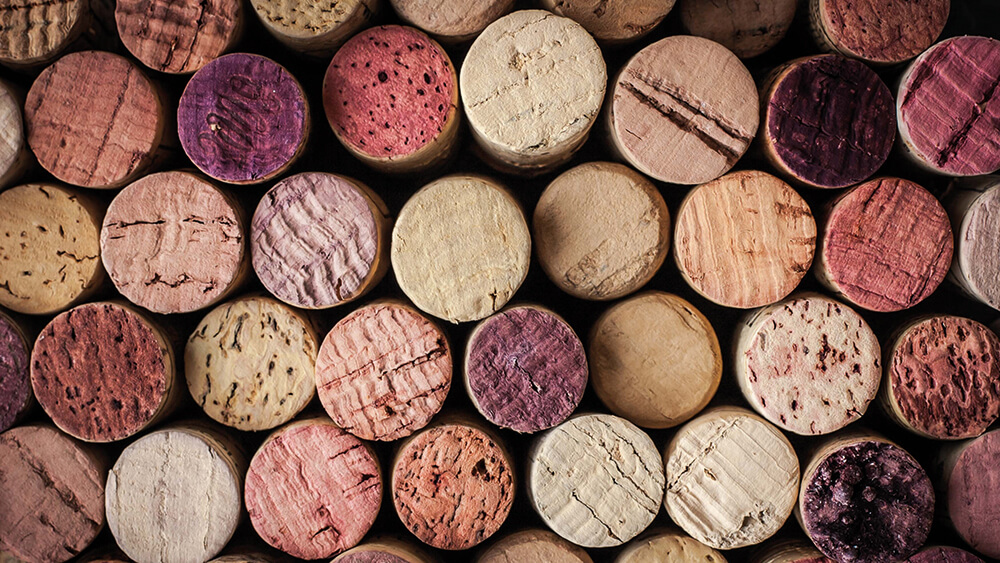 In fact cork, the bark of the Quercus suber or cork oak tree, is an incredibly versatile material which turns up in some rather unexpected places.

If you venture down into the crypt of Gaudi’s inimitable Sagrada Familia in Barcelona, you will be treading on a cork floor, chosen for its durability, repairability and acoustic absorption properties. Fitted in 2010, we will never know if the great architect would have approved.

It has also been employed in the Leonardo da Vinci Museum in Milan, in the Nezu Museum in Tokyo and in the Cape Town Stadium. In 2000, the Portuguese Pavilion in the Shanghai Expo was built entirely of cork, as was the interior of the 2012 Serpentine Gallery Pavilion in London, a collaboration between the Swiss architects Herzog and de Meuron and the Chinese contemporary artist Ai Weiwei.

The fashion world, endlessly seeking novelty, has embraced it. According to the Baltimore Sun, designers such as Ralph Lauren, Diane Von Furstenberg and Kate Spade have all found success incorporating the material – and sometimes pattern – into their offerings.

Cork can be found in cars, on buses, in trains, bridges and airports. It is used as protection for heat shields on spacecrafts (it’s cork, Jim, but not as we know it). in shuttlecocks and baseballs, in surfboards as well as dartboards, in vaccines and cosmetics, the list of uses is so long it makes your head spin more than that magical liquid it has been preserving in bottles for over 400 years since. (As legend would have it, Dom Perignon discarded the-then traditional oily rag and insisted on cork for his sparkling new invention.)

And it is to oenology – the study of wines – that we must return.

As impressive as the above list is, the 13 billion wine stoppers manufactured and sold by Portuguese producers in 2015 (Cork Quality Council) accounted for 72 percent of their revenue, or €644,000,000 – compared with the €228,000,000 derived from construction.

Any challenge or threat to this historical hegemony in the world of bottle-stopping must be taken very seriously indeed.

When the Australians and New Zealanders started introducing metal screw tops to their wine bottles, many viewed this development with a certain level of disdain. Trust them to be different.

But there was method to their madness.

First off, if you’re an Antipodean wine producer, importing cork from southern Europe is expensive, plus the wineries felt they were getting the dregs of the cork crop. According to The Sydney Morning Herald, the genesis for the switch can be traced to the 1970s, when cork-soled shoes were in fashion. Back then, international designers had first pick of Portugal’s finest cork supplies, for which they paid a premium Those next in line for top quality cork were Europe’s best and oldest winemakers, and at the back of the queue were secondary wine markets, such as Australia. These second-rate corks led to many batches of wine being spoiled. Nowadays, 99 in every hundred bottles in Australia have a screw cap.

And they were not alone. According to The Atlantic, a test of 2,800 bottles of wine for TCA in 2005 found seven percent of the bottles were contaminated. “For consumers, the chances of buying spoiled wine were relatively low. But for a winemaker, whose name and reputation are on the line with every sip, a single bad bottle could damage the brand’s reputation and undermine the entire business,” the magazine concluded.

Synthetic closures – screw tops had now been joined by plastic plugs – were cheaper, produced no taint, and were consistent in oxygen transmission. As one shop owner said,” Screw caps are just easier to use and people like that, even wine drinkers”.

So, was the death knell tolling for cork? Not quite.

The first line of defence for the industry was good, old-fashioned snobbery. Screw tops and synthetics only work for relatively young wines, as they let in small amounts of oxygen. Good (vintage) wine tends to appreciate with age, and the Mouton-Rothschilds and other chateaux in Bordeaux refused to have anything to do with them.

However, the high-end is only a tiny part of the market, so that was not going to be enough to save cork.

The traditional European wine-producing countries proved more obstinate, and continued using it, but this trade alone would not be sufficient to keep the industry at anywhere near its former market size. It was markets such as the UK, the US and emerging markets such as China and Brazil where the battle had to be won. And the only way to win was to make taint such a rare occurrence that people didn’t really consider it when making a purchase.

Corticeira Amorim, the world’s largest cork producer, is based in the small northern Portuguese town of Mozelos, about 25 kilometres south of Porto. It started employing state-of-the-art technology to solve the problem. The company began a process called ‘gas chromatography’ which can screen the cork in 20 seconds to see if there are any imperfections. They claim that this has reduced the TCA level to 0.7 per cent, which in practical terms means that – with a one-in-150 chance of buying a “corked” bottle – it ceases to become a consideration.

Sustainability has become a big issue, and here cork comes out the winner. The Quercus suber is an interesting tree in that the bark cannot be touched for 25 years, but can then be extracted every nine years. Done properly, there is no damage to the tree, which live for 300 years. Cork oak forests support a unique biodiversity and protect many endangered species, while creating a carbon sink.

As Carlos de Jesus, head of marketing and corporate communications at Amorim, said: “Over the years Corticeira Amorim has reinforced its strategic commitment to sustainable development and the protection of cork and cork oak forests, in its economic, social and environmental aspects. In addition to processing a 100 percent natural and recyclable product, by harvesting cork bark without cutting down trees, the company actually contributes to the preservation and viability of the cork oak forests, both in Portugal and abroad.”

Cork is completely biodegradable, whereas both screw tops and synthetic stoppers need to be recycled. Current estimates are that around a third of metal tops, and less than a quarter of plastic closures, are recycled – which means there are a lot of them lying around discarded causing damage to the environment.

The cork industry has staged a comeback and thanks to the technology to reduce taint, and Portuguese exports have rallied to equal their peak of the year 2000, while Amorim´s share price has risen almost six-fold. It is estimated that cork´s share of the market has recovered to 70 percent from just over half the market eight years ago.

As a consumer, this might leave you feeling somewhat perplexed. There are many considerations, and what started out as a simple exercise begins to take on moral dimensions that might make you wish you hadn’t bothered.

The most noble ideals – preserving those carbon-absorbing forests in the Iberian Peninsula – and the most banal – “Do we have a cork screw at home?” – must be considered.  One wine writer summed it up by pointing out that it all depends on whether you prefer the age-old ritual and ceremony of extracting the cork from the bottle, or you are more content with the simplicity of unscrewing the top and pouring.

I’ll drink to either as long as you have the correct glass. Cheers!