WITH the current global population standing at over 7.9 billion and set to rise to 9.6 billion by 2050, there is enormous pressure on the resources of the planet we inhabit.

Human beings’ consumption patterns have changed a good deal in the last century, and have been accompanied by environmental degradation that is endangering the very systems on which our future development — indeed, our very survival — depends.

Not only is intensive farming and agriculture harming the ecosystem on which we depend but, to add insult to injury, an estimated one third of all food produced — 1.3 billion tonnes, worth around $1tn — ends up rotting in the bins of consumers and retailers or spoiling due to poor transportation or harvesting practices.

With countries such as China and India experiencing massive economic growth and altering their consumption patterns, imitating Western conspicuous consumption. It has been estimated that three planets would be required to provide the resources needed to sustain current lifestyles.

Land degradation, declining soil fertility, unsustainable water use, overfishing and marine environment degradation are all lessening the ability of the natural resource base to supply food.

In August 2021, the government of the south-eastern Spanish region of Murcia had to remove 4.5 tonnes of dead fish from the Mar Menor (a large lagoon) due to anoxia, or lack of oxygen, caused by nutrients used in agriculture.

From cod in the cool waters around the UK and Iceland to swordfish and bluefin tuna in the warmer Mediterranean and wild salmon on the west coast of the US, overfishing has left many species so depleted that they are in danger of disappearing. Krill, small shrimp, have been intensively fished in recent decades. The knock-on effect is that seals, penguins, squid, and large fish are struggling to find food.

The food sector accounts for around 30 percent of the world’s total energy consumption and around 22 percent of total greenhouse gas emissions. Cattle are the greatest agricultural source of emissions worldwide. A single cow will belch or fart about 100kg of methane in a year. Methane from cattle is shorter lived than carbon dioxide — but 28 times more potent in warming the atmosphere. That fillet steak comes with an ecological price.

This is not as clear-cut as it seems, however. Improved breeding, genetics, and nutrition have increased the efficiency of livestock production in the US. In the 1970s, 140 million head of cattle were needed to meet demand. Today just 90 million, producing more meat, are required.

India has the world’s largest cattle population but, understandably, the lowest beef consumption. As a result, cows live longer and emit more methane over their lifetime.

Energy consumption is one area that the developed world has addressed head-on. The reliance on King Coal has diminished greatly as governments have looked to improve air quality and reduce CO2 emissions. This has been offset by the increase in fossil fuel consumption in the developing world.

Having said that, Australia has the highest per-capita energy consumption from coal. The four highest average consumers of energy from coal, oil and gas per person are the US, Australia, Germany, and the UK.

The UN claims that the current Covid-19 pandemic “offers an opportunity to develop recovery plans that build a more sustainable future, for a profound, systemic shift to a more sustainable economy that works for both people and the planet”. It uses the slogan, Build Back Better, subsequently employed by Joe Biden and Boris Johnson.

The outset of the pandemic led some experts to proclaim that there would be a great reduction in inequality, but this has proven to be false. The world´s billionaires have doubled their wealth in the past two years, and there is no reason to suggest that Covid-19 will have a positive influence on environmental outcomes.

All countries consider economic growth via GDP as a mark of their success. People have become accustomed to buying products that have travelled long distances to reach the shelves in their local supermarket. In the UK coffee has overtaken tea as the preferred hot drink — but shipping constraints and container shortages together with adverse weather in Brazil have led to the price reaching a record high.

The balancing act between living standards and environmental sustainability is as precarious as ever. 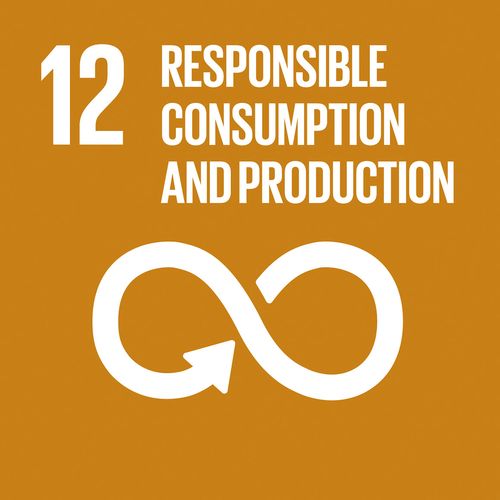