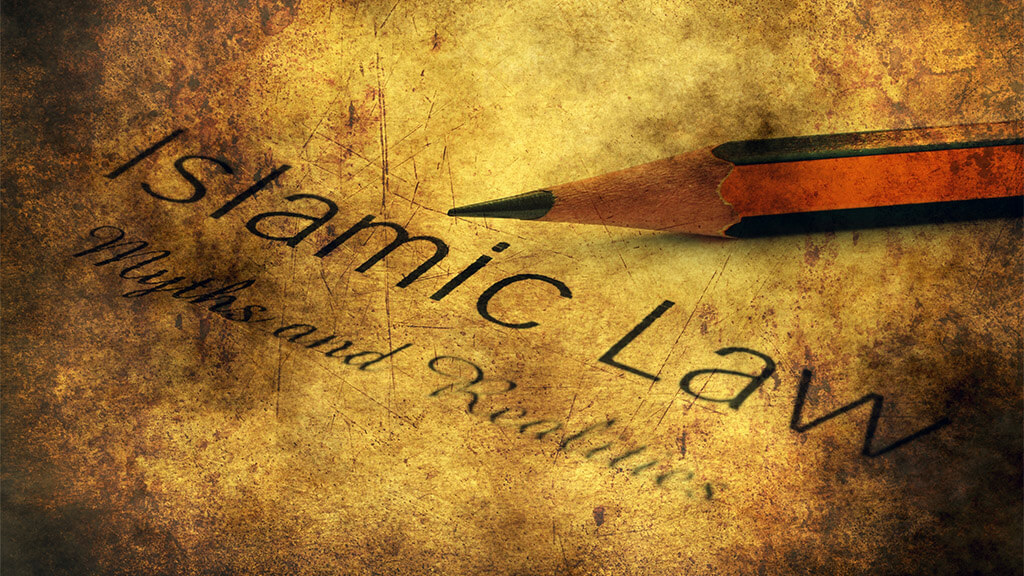 TRAFFIC warden remains the most hated trade in the UK today — though in the wake of the global banking crisis a decade ago, bankers now find themselves firmly embedded with journalists, second-hand car salesmen and politicians in the top five.

This is hardly surprising. Past generations held the local bank manager in the same sort of reverence as the family doctor. But after the crash of 2008 that aura of calm common sense and respectability was wiped away in a moment, to be replaced by images of ravening, greedy wolves, bent on ripping you off.

One of the consequences of the crash was an upsurge of interest in alternatives to traditional banking which had become so tainted in the eyes of many. And over recent years more and more people have been drawn to investigate the Islamic financial model.

Islamic banks operate under strict Sharia Law principles, which means they do not pay or receive interest on any of the products that they offer. To many in the West, Sharia Law conjures images of fanatical and intolerant religious teachings. But when applied to finance, the outcome is rather more ethical than conventional banking attitudes.

Mohamed Iqbal Asaria, who is an advisor on economic and business affairs at the Muslim Council of Britain, has seen a remarkable growth in non-Muslim interest in the ethical principles promoted by Islamic banking institutions.

“In general Sharia Law is designed to promote equity and justice,” he says. “In banking and finance these objectives are promoted through the observance of the Maqasid al-Shariah (objectives of the Sharia). These require that Islamic financial institutions do not finance activities like gambling, pornography, tobacco and alcohol.

“In addition there is a promotion of risk-sharing rather than risk-transfer mechanisms along with the prohibition of usury. There is also an emphasis on financing transactions in the productive economy rather than financing speculative activities.

“The ethos thus generated strives to direct Islamic financial institutions towards equity and justice as per the tenets of Sharia Law.”

Almost a quarter of the world’s population is Muslim, yet less than one percent of financial assets are Sharia-compliant. This is changing rapidly. Global Islamic investments have increased by 150 percent since the financial crash of 10 years ago. The sector is growing 50 percent faster than the traditional banking sector.

Islamic finance has to function in accordance with Sharia Law — edicts laid down in the Koran which cover everything in Islamic society from marriage to crime to commercial dealings. The key principle in terms of finance is the prohibition of monetary exploitation. The sub-prime selling which led to the banking crisis would, for instance, have been deemed most unethical and therefore forbidden under Islamic law.

Besides ruling that investment in sinful activities is against God’s law, Sharia also forbids gambling, which rules out unsafe financial products which bet on uncertain outcomes, such as derivatives, futures or swaps. In fact, anything speculative is deemed to be iniquitous.

There are some obstacles to overcome for those in the industry wanting a slice of this growing market. Knowledge of Sharia Law is an obvious essential, and a bank or financial institution will need to establish a Sharia board made up of Islamic scholars to provide guidance to the directors — which isn’t as straightforward as it might seem, especially for those dealing in global markets. Different Islamic countries interpret Islamic law in diverse ways. Language can be a problem too, as many Islamic scholars will use only Arabic. There’s also the question of supply. There are a limited number of Islamic scholars in the world, and companies aiming for Sharia compliance are finding it more and more difficult to acquire the services of bona fide scholars.

Apart from the obvious sectors of alcohol, tobacco, pork, pornography and gambling, Sharia Law proscribes financial dealings in anything connected to the military, or even conventional banks and insurance companies.

In Islamic law there is a clear distinction between money and capital. Money is simply a means of exchange, not an asset. Great attention is paid to the social accountability required not only of financial institutions but of individuals too. The critical assertion under Sharia Law is that none should profit purely from money. This means, for instance, that a bank doesn’t simply provide finance and then leave the risk entirely to the individual borrower. There is an understanding that a relationship has been created — and that both parties share the risk and the potential profit. This has the effect of tying all parties into a concentrated interest in the long-term success of any project. If the project fails, the bank stands to lose as much as the individual. These days many people see this method as a much more ethical and sustainable model in comparison to traditional western banking.

Even in these post-Crash days, there remains a deep suspicion that those banks who took us to the edge of the abyss may not have fundamentally changed their ways, and that Sharia financing methods offer a real alternative.

While it is still only a fraction of the global financial world, Sharia banking is seeing significant growth, particularly in the developing economies of the Middle East and Asia. Western banks, businesses and investors are beginning to understand that, despite the complexities of Sharia Law, they will need to adapt if they are to take advantage of the opportunities on offer.

There is resistance, though, particularly in the US, where general suspicions of the growth of Islam, however misguided, remain strong. Many state legislatures, fearing that Islamic finance could be a backdoor to the funding of terrorism, have clamped down on all forms of Sharia law applications in state courts.

But there are many in the US and in Europe who — putting the religious aspects aside — see Islamic principles as a legitimate and ethical way to do business, especially given the extremes demonstrated by the banks before the financial crisis. The question being asked is why should a system so clearly based on morality be stigmatised? Failure to recognise the general desire for a more ethical banking model can only be harmful to Western economies in the future, they believe.

The growing interest being shown in Islamic principles of banking is not necessarily based on religion, but on a yearning for a return to banking integrity.

And if that happens, traffic wardens can relax…the number one spot in the most-hated league table is still theirs.

ABOUT US
Business Vision (BV) draws on its global resources and distribution to bring readers useful and entertaining insights into the thinking that leads to sustainable business success and growth.
Contact us: [email protected]world
FOLLOW US
© Business Vision 2019. All Rights Reserved.