After months of quiet anxiety about trade conditions for the country, the voices of Germany’s business leaders are becoming louder as they believe they are being failed from above. Yet politicians are brushing the concerns aside, claiming German business is as strong as ever. So who’s right? 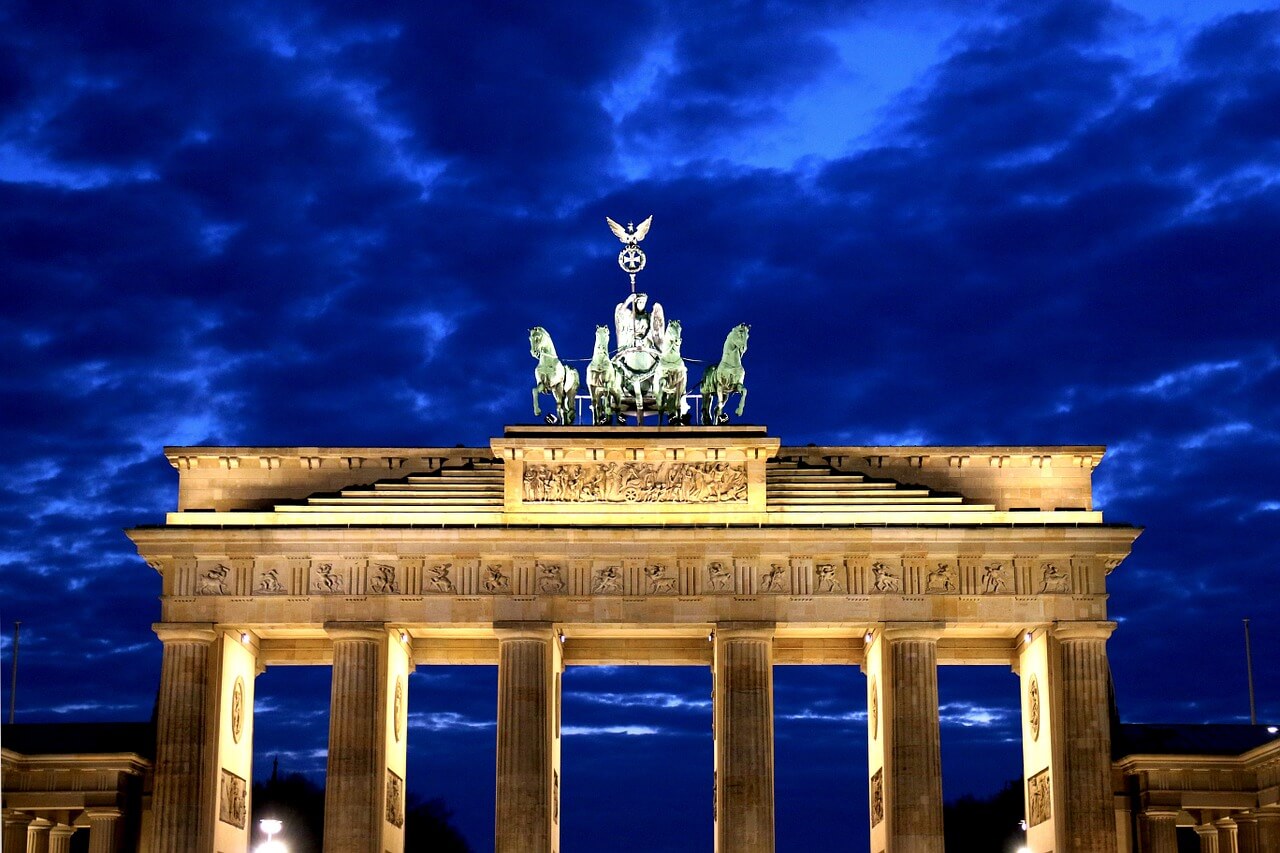 BY the end of September, the fate of German chancellor Angela Merkel will be decided.

The 63-year-old will stand for a fourth term as the country’s elections loom. But what was, until a few months ago, largely viewed as a one-horse-race is rapidly turning into something that may spell the end of Merkel’s tenure as Germany’s leader.

Since 2005 the Hamburg native has steered her country with aplomb into an economic position which has been the envy of the business community the world over. A steady hand, assured decision making and a commanding commercial brain, Merkel has done more for German business than any other leader in the nation’s history. Yet, fast forward 12 years, and something is most definitely amiss.

For months, the quiet corners of trade conferences from Dusseldorf to Dresden have been echoing with whispers of discontent. Faith in the magic of Merkel is beginning to wane.

Mighty industries and shopkeepers alike are starting to suggest that the exponential economic engine of Germany is starting to misfire, and if many of the nation’s business leaders get their way, Angela Merkel won’t be behind the wheel for much longer.

Criticism began to surface early in 2016 with some analysts suggesting the German government was trying to steer industry to becoming more reliant on imports rather than the growth-seeking, export hungry leviathan it had been very comfortable as since the 1990s. A handful of industry heads began to nod in agreement, and that sentiment has snowballed.

However, recent trade figures contradict all concerns over exports. But still more and more leading German business figures are voicing their anxieties over the direction Chancellor Merkel is going.

New data shows imports into Germany have dropped steeply, leaving the trade balance against exports higher than it has been for a long time. When criticism of the government’s economic leadership began, this is what those very naysayers wanted the economy to look like. But still the disparagement breeds.

Perversely, the latest trade figures have drawn external criticism. Germany’s European neighbours are complaining that, by producing high export figures and fewer imports, they aren’t getting their fair share of the common market cake.

By the same token, once Berlin issued the seasonally adjusted figures – which clearly showed exports were falling after months of growth – eyebrows were still being raised as, in turn, imports had also taken a dramatic drop.

It had been expected that exports would gently fall over the next few years, allowing imports to rise at the other end of the fiscal see-saw.

With expectations confounded amid an already clouded air of dissatisfaction, trying to make sense of Germany’s – and indeed Angela Merkel’s – extremely confusing position is proving difficult to say the least.

“It’s proving almost impossible to interpret what is happening with Germany in terms of its economy and business strategy right now,” according to European business analyst Gordan Charles.

“On the one hand, you have some clearly very unhappy business leaders complaining about having their export potential effectively reined in by the government, yet the figures for June 2017 state that’s simply not the case.

“Seasonal adjustment appears to be merely adding to the confusion but, on the surface of it, I’d say it seems a reasonably obvious assumption to say some of the criticism of Angela Merkel seems a little unfair to say the least.

“I think the most sensible conclusion to draw is that there are clearly some dark forces with political motivations at work, and Germany’s long-term upward trend is still ongoing, and businesses should be profiting from that even if the euro zone recovery stumbles as we expect during the remainder of 2017.”

The idea of political ‘dark forces’ at work drew a nod of agreement from Sebastian Weigl – head of the Leipzig Business Forum – when Business Vision put the suggestion to him.

“I think this is almost certainly case,” he said.

“There is no one in Europe who could sensibly deny that Angela Merkel has been remarkably successful for German business, but then we must remember that this sort of scenario is played out many times in history.

“On so many occasions we have a situation where a political leader has proved to be excellent for their country and made its people stable and happy, only for the people to become bored of them after so many terms in government.

“I think much of Angela Merkel’s critics in business are politically opposed with her, and this makes them want to publicly scorn her abilities and methods.”

Mr Weigl’s thoughts were perhaps backed up by Germany’s current account surplus (a measurement of the movement of goods, investments and services) which weighed in at €23.6bn in June after a revised reading of €16bn in May. The seasonally adjusted trade surplus moved to €21.2bn – up from €20.3bn in May – and at its highest level for a year, beating most forecasts.

This complex performance of strong numbers, political undercurrents, and leadership questions play out as the IMF has also chosen to arrive on an increasingly crowded stage. The International Monetary Fund is now urging Germany to invest more in imports as a way of lessening its huge current account surplus and assist in the economic recovery of its European partners.

In line with what many German businesses want, Chancellor Merkel isn’t keen to punch holes into the nation’s coffers, just allow some financial leaks to trickle into the hands of struggling neighbours – even if they are holding out their begging bowls.

Although slammed for seemingly putting Germany first, historical and current evidence would show that Merkel hasn’t really put a foot wrong for internal businesses. So it is difficult for the outside world to grasp quite why she is attracting so much reproach.

One of Merkel’s long-term critics – Frankfurt-based financial adviser Helen Westerwelle – may have the answer.

“There are two problems that we have as business leaders when we talk about Angela Merkel,” she reveals.

“Firstly, as a nation we have tried very hard and care very much about improving our image throughout the world – and this is something which is hard to do when Merkel continues to put Germany first all the time.

“Sure, it’s wonderful to be so successful at creating great industries and looking after our own businesses, but it is not giving us a good image throughout Europe – and if she can’t understand how important this is for us she needs to go.

“Secondly, yes, we are a very successful nation right now, but the general feeling I get from people in business like me is that we can be doing so much better.

“She is too careful and too cautious, but we all know we can be doing two, three, maybe four times better than we are right now, and this would help Germany to help others.”

Despite the pantomime boos and whistles, polls would suggest Angela Merkel will have little trouble securing a fourth term as Chancellor, but figures reveal that all the other things on Germany’s wish-list may yet happen.

The June data figures all point to further growth for Germany’s import and export markets. Industrial orders, supported by a high domestic demand, have grown. Output dipped slightly, but is not being considered as a signal for a weakening momentum.

If anything, it may signal quite the opposite, according to Carsten Brzeski – an economist with ING Bank.

“Instead, strong confidence indicators point to a continuation of the recovery,” he says.

“Also, some kind of investment boost after the elections combined with the gradual recovery of private investment already this year should extend an already mature business cycle of the German economy well into 2018.”

The unknown elements of an impending election, the sense of a rising tide of calls for Merkel to give businesses a little more freedom, plus the public’s desire to be a good neighbour may all be about to converge.

It all points, bizarrely, to a fairly uncharacteristic German conclusion… this is a remarkably successful country riding the crest of a triumphant industrial wave for many years, but the people are getting a little bored of its repetitive nature. Perhaps a change is due after all.