Aldi looks to replicate its monumental success across Europe by opening hundreds of new stores across America, while its almost identical rival Lidl is about to take its first steps in the US market. But are the cut-price chains’ triumphs the result of the world economic slowdown, or an unwavering commitment to stick with the original vision for the business?

BY the year 2022, German discount supermarket Aldi will have two and a half thousand stores across America.

The chain already has a small footprint in the States, but has just announced it will be opening a further 900 US stores over the next five years. The news comes hand-in-hand with an announcement from Germany’s other famous discount store – Lidl – that it is to make its first foray into the US market by opening a hundred supermarkets by the end of 2018. 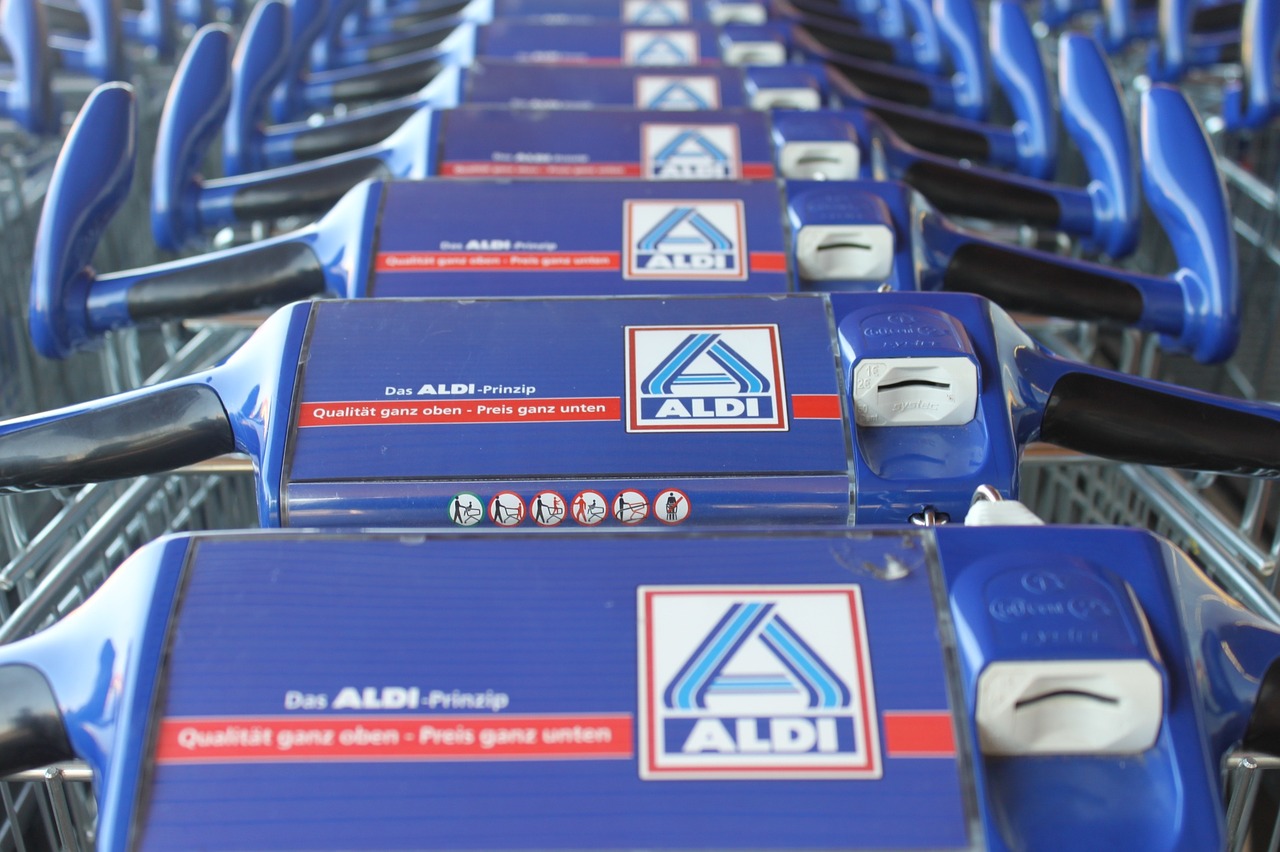 The growth of both chains over the last decade has been remarkable. After years of being shunned as a place no self-respecting shopper could allow themselves to be recognised in, the global economic downturn brought the ‘pile it high, sell it cheap’ philosophy into the limelight. Aldi in particular capitalised on its sudden wave of success and proceeded to implement a huge programme of inward investment to improve its stores, suppliers and produce.

Earlier this year, Aldi achieved what may have been unthinkable nine or ten years ago by breaking into the top five of the UK’s largest grocers – an extraordinary rise which has now quietly become the blueprint and benchmark for its ambitions across America.

It’s a staggering feat of business, especially to think that, in 1946, Aldi was nothing more than a single ramshackle grocery store owned by a family trying to rebuild their lives in a post-war Germany torn apart by years of hostilities.

Its owner at the time – Anna Albrecht – had run the corner shop since 1913, but age and weariness had caught up with her as she had spent the later war years attempting to keep the store going amid the rubble and ruins of a bombed-out Essen. Her two sons – Karl and Theodor – were not around to help for much of the war. Karl had been conscripted into the Wehrmacht, and Theodor had been captured as a prisoner of war in Tunisia while serving in the Afrika Korps. By the time the brothers returned to their home, they had few possessions, and no prospects. The dilapidated shop with broken windows and empty shelves was all that the Albrecht family had left in the world.

With nowhere else to turn, and no other options in front of them, the resourceful brothers decided they would work with what little they had, and attempt to make a success of Albrecht’s corner shop.

From an early age, the brothers had known little more than a thrifty upbringing. Living in a part of the country struggling to overcome the sharp economic legacy of the First World War, they grew up ‘being careful with money’, and they had a deep understanding of family shopping budgets. As Germany was about to enter into a second spell of trying to get back on its feet after defeat, the pair knew what to expect in the coming years and chose to pitch the shop accordingly.

Frugal to the extreme, the Albrecht brothers refused to waste money on marketing, or indeed making their stores attractive (even to this day packing crates are still piled up in the aisles). When asked to sign off plans for the first Aldi in Holland, Theo held his well-worn pencil (he used to baulk at expensive pens) above the paper before complaining about its thickness. “Use thinner paper and we will save money,” he shouted.

Appealing to lower income families, the brothers made a pact to keep their prices and their margins as lean as possible as they faced competition from dozens of other grocery stores that were rising from Essen’s ashes.

Their drive to offer the lowest prices possible had an instant impact, and they soon discovered their slim margins mattered little when they were attracting a large, and rapidly expanding customer base. In less than a year after taking over their mother’s business they had made enough profit to open another store. By 1950, the brothers had more than a dozen outlets across the Ruhr valley.

Sensing they had a clear and unique business vision, the Albrechts hit upon another idea to help accelerate their drive to catch up with the larger, nationwide chains. They decided to take out the legal maximum pre-sale rebate of 3% (in Germany at that time, customers at the large co-operatives were required to collect rebate stamps and submit them back every three months in order to reclaim money). It ate into some of their already-slender profit margin, but it did away with the cumbersome rebate stamps – an inconvenience the customers of rival supermarkets were happy to see the back of. As a result, they flocked to the brothers’ stores in their droves, and more than made up the margin loss in the process.

The pair then set about a rigorous plan of stock monitoring. Anything that didn’t sell quickly and well was permanently removed. The only things on the shelves were the items they knew would be bought in bulk, and rapidly at that.

The next move was to not sell fresh produce – the churn rate of restocking was too time-consuming, and not financially viable. Business taxes on large floorspace was next on their hit-list, as they ensured all their branches remained reasonably small, but big enough to stock the produce they knew would fly off the shelves.

By the end of the 1950s, there were more than 300 Albrecht shops combining to rake in a staggering DM90 million a year.

Karl and Theodor were on a roll, and their original business vision was paying off handsomely.

However, sibling harmony took a pivotal blow in 1960 when, over a seemingly trivial retail matter about whether or not they should sell cigarettes, they had an almighty falling out.

The bitterness over the dispute didn’t last, and they came to an agreement that would see the company split equally into two divorced parts under one umbrella. After introducing the name ‘Aldi’ (a shortened version of Albrecht Diskont), they divided into Aldi Nord and Aldi Sud. Karl Albrecht took Aldi Sud, while Theodor gave control of Aldi Nord to his sons Berthold and Theo Jr.

Both business arms grew steadily, and took their first steps outside of Germany when Aldi Sud acquired Austrian group Hofer in 1967, followed by Aldi Nord opening stores in the Netherlands in 1973. The demolition of the Berlin Wall and the ensuing German reunification saw rapid expansion for both groups, leading to the brothers agreeing to step down as CEOs and place Aldi Nord under the control of the Markus Foundation and Aldi Sud into the hands of the Siepmann Foundation in 1993.

By the time they retired, the brothers had amassed an immense personal fortune. Karl Albrecht was, at that time, Germany’s richest man with €17.2bn. Theodor’s sons shared a wealth of €16bn. Interestingly, the third-richest German businessman was their rival and owner of copycat chain Lidl with €11.5bn.

Of course, the story didn’t end there. Over the following two decades both Aldi and Lidl spread their empires across Europe, each using their basic policy – their original business vision – of selling cheap, keeping the margins low, and aiming directly at their intended market.

It currently has 8,000 stores worldwide, but is now planning to increase that number significantly by expanding its operations as Aldi and Trader Joe’s throughout the USA.