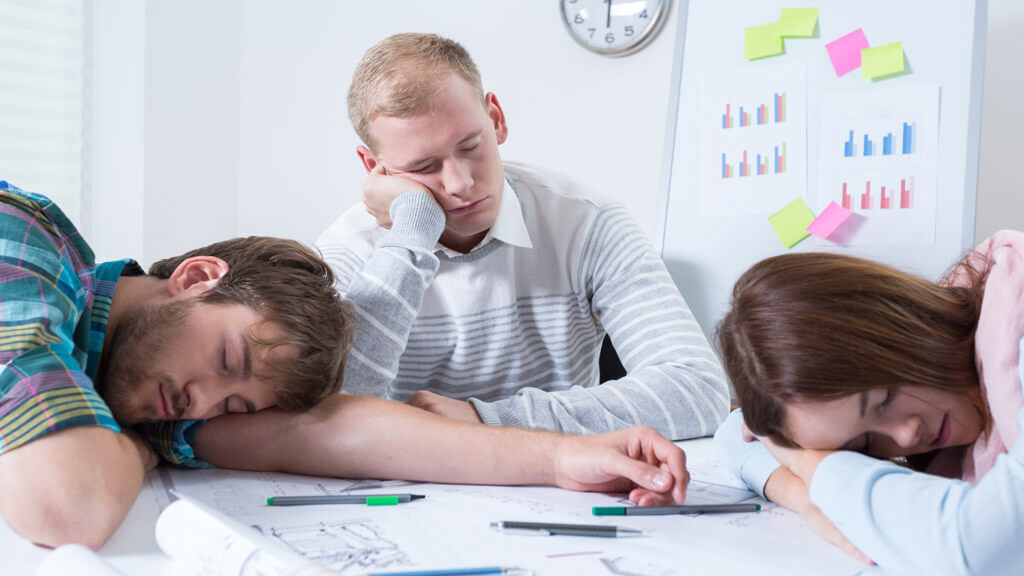 IMAGINE – or perhaps you don’t have to – that you’re at work and feeling very tired. You’re nearing the deadline on an important project, and you’ve stayed late at the office every day for weeks. Perhaps because you’re feeling so fatigued, when you submit an expense report for a recent lunch, you may round-up just a smidge.

Now imagine you are the manager who catches this misdeed. How do you react? Does knowing the employee was exhausted influence your response?

Very possibly, according to new research from Maryam Kouchaki, assistant professor of management and organisations at the Kellogg School. She and co-authors find that we judge employees’ ethical lapses less harshly when we perceive the wayward workers to be tired. And we are particularly soft on employees who are tired for reasons outside of their control: because they stayed up to care for a family member, for instance, or had an overwhelming workload.

In previous research, Kouchaki has shown that unethical behaviour at work is more likely when employees are in a state of “ego depletion” – that is, when they are worn down as a result of fatigue, physical discomfort, or the exhaustion of making constant choices. For example, Kouchaki has found that we’re more likely to make moral missteps in the afternoon than in the morning because our cognitive resources are gradually drained over the course of the day.

“Our self-regulatory resources are limited,” Kouchaki explains. “When you use those resources, they are depleted, and you have to replenish them to be able to use them again.”

The current research shows the flip side of this. It explores how our understanding of ego depletion influences how we perceive such malfeasance in others.

And while the tendency is to go easy on a “depleted” employee, managers risk creating a dangerous precedent, Kouchaki says. If employees rarely receive punishment for fudging their expense reports simply because they were overworked when they did it, there is little incentive to be truthful the next time.

“Judging this behaviour leniently could have consequences,” she explains.

Unethical behaviour at work is tricky to study in its natural setting – after all, you can’t (and shouldn’t!) recruit experimental subjects to steal from their employers.

So Kouchaki and her co-authors, Yujan Zhang of the Guizhou University of Finance and Economics, Kai Chi of the National University of Singapore, and Junwei Zhang of Huazhong Agricultural University in China, created four videos to better understand observers’ reactions to unethical behaviour and ego depletion.

In two videos, a chipper, well-rested employee named John talks to his manager about an important merger. He emphasises that he has been sleeping well, despite in the first video staying up to work hard on the merger and in the second watching sports. In the third video, a decidedly less peppy John says working on the merger has been keeping him up late; in the fourth, he mentions staying up late to watch the NBA playoffs. At the end of all four films, John pads a lunch expense.

Each participant watched one of the four videos, then answered a series of questions about John’s behaviour on a scale from one to seven. Some questions measured participants’ opinion of the seriousness of John’s transgression (“To what extent do you think John’s behaviour was unethical?”) and the need for discipline (“How severely should John be punished?”). Others probed the issue of intentionality (“To what extent did John knowingly engage in fraud?”).

The results showed that cheaters might just prosper – if they’re tired.

Study participants who viewed the visibly depleted John judged him as behaving less intentionally than those who saw a well-rested John. They also advocated less severe punishment for him. And John-the-overworked-employee was punished even more leniently than John-the-sleepy-sports-fan.

The researchers repeated the same experiment with a new group of participants. These subjects read one of four scenarios similar to those shown in the videos, with one significant change. In the final scenario, instead of staying up late for a work project, John says he is tired because he was up late taking care of his sick infant son.

These changes made little difference in observers’ perceptions – they still cut the two tired versions of John some slack, as compared to the two well-rested versions. John-the-devoted-parent was given the most leniency of all. Notably, participants also viewed John’s misbehaviour as being significantly less intentional when he stayed up late to care for his son than when he lost sleep after watching sports (rating his degree of intentionality an average of 4.62 versus 5.7 out of 7).

To Kouchaki, the finding has intuitive appeal. In general, “unethical behaviour that is intentional is often seen as more blameworthy”. Unintentional bad behaviour, like a child accidentally stealing a piece of candy from a store, is viewed through an entirely different lens – and rarely punished.

The same force is at work in this research: we view tired and overworked people as behaving less deliberately, and so we are more likely to let things slide.

“People are taking into consideration the employee’s situation when making these choices,” she says.

This leniency is understandable, but that does not necessarily make it good, Kouchaki emphasises. Managers should consider the context for their employees’ behaviour but must still ensure there are consequences for ethical violations, so that employees learn from their moral failures, even when those violations are small or relatively common.

Perhaps the best way organisations can do this is to make sure employees do not become exhausted and depleted in the first place.

As a leader, if you see or suspect ethical lapses in your organisation, you could make structural changes such that people could disengage from work when they got home, Kouchaki suggests, “rather than being on call all the time and being anxious about it”.

* This story was first published in Kellogg Insight