THE American writer and humourist, PJ O’Rourke, spent the autumn of 1984 in Lebanon as the country’s civil war began to heat up. The hotel receptionist in Beirut asked him whether he’d like a room ‘on the car bomb side, or the mortar bomb side’. 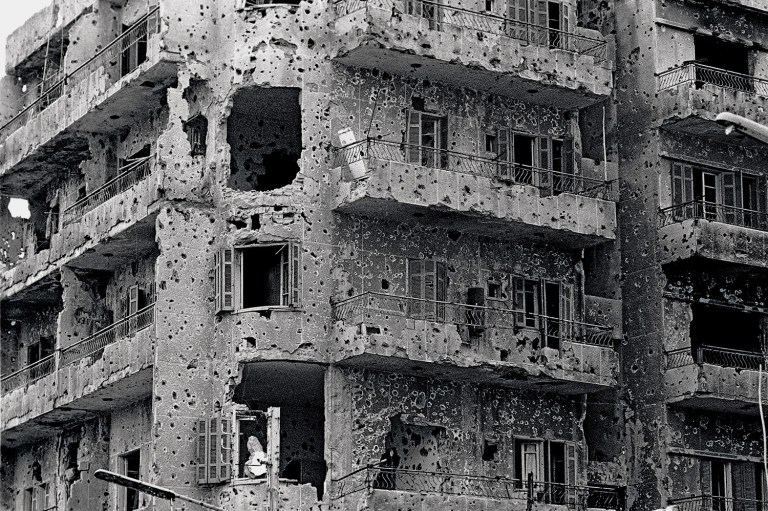 His comical, though graphic, account of the growing horror and confusion of a country in a catastrophic spiral of self-destruction, never made it into the pages of Vanity Fair magazine; no-one needed a travelogue in a country with no tourists.

Mr O’Rourke predicted that he would probably be the last western journalist to travel to Lebanon without being abducted. Not long afterwards, British journalist John McCarthy was kidnapped. He spent the next five years, in the company of Irish teacher Brian Keenan and other hostages, chained up in a Beirut cell.

Brian Keenan, in his account of that time, An Evil Cradling, recognised the parallels between the sectarian conflict he had known in Northern Ireland, and the one into which he was pitched.

Today, Lebanon, after surviving its own civil war, stands once again on the brink of disaster, but this time the catalyst is the fighting in neighbouring Syria. Keenan, who now lives in Dublin, might also see the similarities with Ireland – when your neighbour goes to war with itself, the fall-out affects all those around.

During the 1970s and 80s, the Republic of Ireland’s economy went into a tailspin, partly due to the troubles in the north. It wasn’t until the Good Friday agreement, which brought a measure of stability, that the Republic began its journey to Celtic Tiger status.

Todd Sandler, professor of International Relations and Economics at University of Southern California, has studied the effects of civil war on neighbouring countries. His writings describe the destructive nature of the spill-over – instability, collateral damage, disruption to trade, diversion of foreign investment and influx of refugees. His work references these factors mostly in relation to wars in modern Africa.

An example is the land-locked African country of Chad – already politically unstable, but made virtually ungovernable by wars in neighbouring Libya, Sudan, and terrorism in Nigeria.

The scale of the current woes of Lebanon stem partly from the country’s fragile situation, following a civil war which lasted from 1975 to 1990. The disintegration of Lebanon, from the jewel of the eastern Mediterranean to hell-hole, shocked the globe. The capital, Beirut, once a sophisticated cosmopolitan city, famed for its French and Ottoman architecture, fabulous cuisine and the ease with which Christianity and Islam lived side by side, became instead a by-word for ferocious sectarianism.

Tourism, worth 10% of the country’s total economy, ceased. Visitors used to flock to Beirut, “the Paris of the East”, from all quarters. The ancient Phoenician cities of Tyre and Sidon were magnets for those in search of history. The Gulf nations have advised citizens not to travel to former holiday destinations in Lebanon because of security fears.

The war in Syria is entering its sixth year. It is estimated that the influx of up to 1.5 million Syrians [a quarter of the total population of Lebanon] arriving in the country, has sent unemployment soaring. As many as 300,000 Lebanese workers have lost their jobs in the last five years. The blame, they say, lies with incomers prepared to work for much lower wages. The refugees are imposing a great strain on infrastructure – welfare aid, medicine, jobs.

At the same time, seasoned veterans of the Middle East, like British journalist Robert Fisk, say Lebanese employers are exploiting the situation. Syrian refugee children, he says, are being used as virtual “slave labour”, picking fruit in farms in the Bekaa Valley for pennies.

The war has also disrupted overland imports into Lebanon, which had previously relied on corridors through Syria from Jordan and Iraq and beyond. The overland routes are not safe – in some cases they no longer exist. The cost of importing and exporting via air freight is adding to costs, and leading to food inflation in Lebanon.

Banking has traditionally been the mainstay of Lebanon’s services-oriented economy, but the government has had to pledge the bulk of its resources to reconstruction, which has led to a high level of public debt. Lebanon depends on foreign cash, but direct investment from overseas is being hampered by bureaucracy, corruption and high taxes.

Rafic Hariri, Lebanon’s prime minister from 1992 to 1998, is generally credited with rebuilding Beirut following the civil war. A moderate and pragmatist, he worked with Syrian overlords to reconstruct the Lebanese economy – but it was an open secret that he personally profited from his position. His own construction company bought up swathes of the capital at a fraction of its value. During the reconstruction programme, his personal fortune increased from $1billion to $16billion at the time of his assassination in 2005.

A succession of wily politicians and officials has continued to follow Hariri’s example. Corruption in the system is widespread, and the current political paralysis is only encouraging graft. The country has been without a president since May 2014 because of divisions between Christians, Sunni and Shi’ite Muslims. Government institutions no longer work.

The World Bank, in its latest Lebanese report, warns that the continuing stagnation in government, as much as the effects of the war on Lebanon’s doorstep, is a serious challenge.

Could Lebanon go bankrupt? It isn’t impossible. The burden of public debt, which has soared in the last five years, coupled with the country’s sluggish growth, is widening the fiscal deficit. GDP growth has virtually stalled. It is estimated that the cost to the Lebanese economy of the war in Syria has exceeded $7 billion – the equivalent of 15% of GDP.

Earlier this year citizens of Beirut took to the streets in massive protests. The origin of the demonstrations was the catastrophic collapse of the city’s waste disposal operations. Land-fill sites were full, so rubbish was allowed to simply pile up on the streets.

The garbage protests grew into a more general discontent with the government, perceived as corrupt and incompetent in equal measure. One encouraging element of the dissent was its lack of sectarianism. The demonstrators came equally from Christian, Sunni and Shi’ite communities in Beirut – a sign perhaps that Lebanon may one day be able to return to the balance that once made the country the Switzerland of the East?

The main hope must be an end to the war in Syria, however unlikely that appears at the moment. The World Bank estimates that the rebuilding of Syria could be worth $200 billion to business and industry – and Lebanon, being Syria’s main route to the Mediterranean, would be well-placed to grab a hefty slice. Indeed, businessmen and policy-makers are already said to be preparing the ground for Lebanon to become the hub of such a restoration.

But there is also a fear that sectarian divisions, reignited by the war in Syria, could lead to a new civil conflict in Lebanon. As P.J. O’Rourke observed in 1984: “In Lebanon you’d be crazy not to have a gun. Though, I assure you, all the crazy people have guns, too.