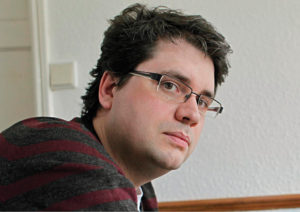 The Internet has become an essential part of modern life. A revised Hierarchy of Needs for the 21st century puts the right to a reliable fast connection alongside the need for food and shelter. Finland has already moved to include Internet access on the list of facilities to which all inhabits must enjoy unrestricted access. In fact, as of this year Finnish law explicitly states that everybody in the country has the right to an Internet connection with a speed of at least 100 Mbit/s. Spain and Greece has followed suit but mandate a much slower connection only.

The Internet has awarded people unprecedented access to information and continues to transform the way in which the world communicates. Anyone with a smartphone and an Internet connection enjoys ready access to more information than the president of the United States had but 25 years ago.

Open-source citizen investigation is but one of the many developments powered by the Internet. One of its heroes is unemployed payroll worker Eliot Higgins who developed techniques for mining online information to provide significant insights into modern conflict.

In the space of three years, Mr Higgins has become an expert on Syrian weaponry and pioneered geo-locating techniques which are now widely used by journalists and others to pinpoint the exact setting of videoed events. Mr Higgins’ techniques were used to identify the site where American hostage journalist James Foley was murdered in 2014.

Working with King’s College London’s War Studies Department, Mr Higgins now delivers lectures to British police and Arab journalists. The story of how a geeky former Internet gamer managed to mine a new digital field lays bare the potential of the yet untapped areas and dimensions of the net.

Eliot Higgins started blogging about the Syrian civil war when he was in his mid-30s and looking for a hobby while at home caring for his young daughter. Within a couple of years, his blog provided the gateway to a totally unexpected new career. Mr Higgins blogged under the pseudonym Brown Moses, after a Frank Zappa song, but now tweets under his own name.

A vast amount of information on the fighting in Syria has been posted on social media: videos, tweets, Facebook postings, and the like offer people inside war zones a way to communicate with the outside world. Those with the time, inclination, and aptitude to sift through the avalanche of postings may gather a great deal of data and information on the conflict.

Mr Higgins possessed both the time and the inclination, and was determined to build up his knowledge. While he speaks no Arabic, he did possess an obsessive streak which saw him happily spending long hours analysing and cross-referencing videos with Google Earth maps. He then decided to focus on the weaponry being used by opposition forces. These may be readily identified from video clips. Tools of war also provide an interesting topic. Mr Higgins had no knowledge of weapons, but used the internet to learn about the mainly Soviet-era arms in order that his blog would be as accurate as possible.

In May 2012, two villages in the Homs Governorate – Taldou and al-Shoumarieh – were attacked and almost immediately videos were posted online showing horrific images of dozens of people who had been killed or injured. At home in Leicester, Mr Higgins was live blogging, cataloguing what was popping up on social media all through that night. In the following days, he started listing You Tube channels by region, and regularly updated this. The list of channels soared and proved to be a key resource for his continuing work.

Mr Higgins’ meticulous approach and cross-checking of data from open sources uncovered the smuggling of arms from Croatia to the Syrian opposition. The New York Times picked up the lead and investigated further. This led to the exposure of a smuggling ring run by the Saudis who – with the knowledge of the US government – purchased arms from the Croatians, flew them into Jordan, and smuggled the caches across the border to the Free Syrian Army. This was the first time a major arms route to the opposition had been documented and exposed. Mr Higgins’ collation of cluster bomb videos from Syria led Human Rights Watch to set up a project.

Through his blogging, Mr Higgins has developed a considerable expertise and a sizeable following: the Brown Moses blog became a must-read source for journalists and other observers of the Middle East.

In July 2014, Mr Higgins launched bellingcat.com, a website that aims to unite citizen investigative journalists and encourages them to use open-source information to report on “issues that are being ignored.” Appropriately enough, bellingcat.com used crowd-funding site Kickstarter to get its start-up capital of over £50,000.

On his latest venture, Mr Higgins says: “I am hoping that bellingcat.com will be the start of something that grows larger as the years go by – teaching the use of what will soon become an essential set of investigative tools and techniques for journalists, activists, researchers, and most importantly, those keen amateurs who are where I was just a few years ago.”