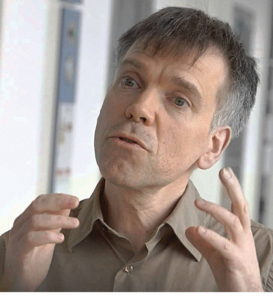 Mosquitoes are amongst the most pernicious and deadly creatures in the world. They are responsible for the spread of the dreaded dengue fever, a disease for which there is no known treatment or cure. Symptoms include joint and muscle pain and high fever. Around five percent of clinical cases progress to the potentially fatal dengue haemorrhagic fever. The troublesome virus is carried and transmitted primarily by female aedes aegypti mosquitoes which remain infected for life and pass on the disease with every bite.

Dengue is a growing global problem. The disease affects between fifty and a hundred million people annually. Reported cases have increased thirty-fold over the last fifty years. Conventional methods of mosquito population control, such as the spraying and fogging of pesticides, have failed to stop the spread. The World Health Organisation notes that the incidence of dengue fever is on the increase with Malaysia, Brazil, and China currently facing severe outbreaks.

British geneticist and scientist Luke Alphey has now patented an innovative technology to combat dengue fever. He has adapted a sterile insect technique to genetically engineer male aedes aegypti mosquitoes, rendering them infertile. When these specimen deprived of their selfish gene are released into a local population and mate with wild female mosquitoes, the result is sterile offspring. Successive releases can lead to up to a 90% reduction of local dengue-carrying mosquito populations.

Aedes aegypti mosquitoes are an invasive species in most areas of the world, except for their native habitat in Africa from where they were inadvertently spread by people. Scientists argue that removing the mosquitoes from ecosystems in South America and Asia does no harm to the environment. Dr Alphey says the idea for his dengue-fighting technique came out of a chance conversation with a colleague who made him realise that the genetic and molecular tools of his fundamental research could be applied to this problem.

The first trial took place in the Cayman Islands in 2009 and involved lab-reared mosquitoes which had been bred in captivity in the UK. As well as the modified gene, the lab mosquitoes carried a fluorescent marker gene that enabled scientists to detect their offspring. It was a cause for celebration when the team saw the first eggs carrying the fluorescent gene: it confirmed that the lab mosquitoes did mate with wild females and proved the technology could work in the field.

Since then, trials have been run in Malaysia and Brazil with appropriate in-country government collaborators. The first commercial client is likely to be the Brazilian agency in charge of regulating GMOs, CTNbio.

Academic-turned-entrepreneur Dr Alphey went on to found Oxitec – a spin-off company from his Oxford University research. The biotech company uses advanced genetics to develop new solutions to controlling populations of harmful insects. It does so in a way that is sustainable, environmentally friendly, and cost-effective. Working with the US Department of Agriculture, Oxitec in 2006 conducted the first open field releases of genetically modified insects for pest control purposes.

Dr Alphey says he has always been interested in how the precise workings of the natural world and was inspired into studying biology by an outstanding teacher at school. He has lectured Biological Sciences at Manchester University and Genetics at Oxford University where he is now a visiting professor of Genetics. Dr Alphey has published extensively on the genetic engineering of insects and contributed to the development of an international regulatory framework for the new field.

Dr Alphey’s continues his research into the use of modern genetics to further improve the sterile insect technique. Besides the infamous aedes aegypti, he also works on the medfly and mexfly – two major agricultural pest insects – and on pink bollworm, a lepidopteran (moth) pest affecting cotton plants.

Dr Alphey’s pioneering work has resulted in a slew of accolades and awards. In June 2015, he was named one of Europe’s top inventors during the European Inventor awards ceremony, colloquially known as the Oscars of invention. The World Economic Forum named him Technology Pioneer in 2008.

While genetic engineering suffers from bad press, Dr Alphey’s ground-breaking work is met with nothing but praise.