For Europe, these are interesting times. At both geographic extremities of the continent, countries are dangling by a thread: the United Kingdom mulls a withdrawal from the European Union while Greece risks falling overboard. Meanwhile, the southern shores of Europe are awash with refugees and the eastern borderlands have become a stage of military posturing.

Following on the heels of a drawn-out recession and the embarrassing diplomatic debacle in the Ukraine, it is all becoming a little bit too much for the powers that be in Brussels. European Commission President Jean-Claude Juncker – in charge of the day-to-day running of the EU – increasingly seeks solace, and perhaps inspiration, in the bottle to the extent that his cognac-breakfasts have now become a topic of discussion between government leaders, as has the man’s famously short fuse – now shorter still after he failed in his bid to gain a personal exemption from the rigorously enforced no smoking policy inside the Berlaymont Building that houses the headquarters of the union’s executive branch.

As heads of governments and ministers hurry from one crisis meeting to the next, tempers flare, recriminations fly, and nothing much gets done. Assertiveness is most decidedly not Europe’s forte. Muddling on – the union’s default approach to any and all issues arising within – becomes harder as the various emergencies near their climax and demand immediate answers.

More disconcertingly, even Angela Merkel seems to have thrown in the towel. The level-headed and pragmatic German chancellor has taken a back seat, perhaps concluding that the Greeks are impossible to deal with; the British are clueless about their island’s future; the Russians are mostly hot air; and the refugees are someone else’s problem.

Mrs Merkel is of course quite right in her likely assessment of the situation. Europe, however, stands in need of a few statesmen – and women – who will not only gauge the moment properly but offer workable solutions as well in order to keep the union intact and strengthened to face-off with added resolve any future crises arising.

Of the current crop of leaders, only Mrs Merkel seems to stand out. French President François Hollande and British Prime-Minister David Cameron are both mired in indecision about where to go from here. Italian Prime-Minister Matteo Renzi makes all the right noises but fails to have an impact. His Dutch colleague Mark Rutte just laughs all problems off the table while Spanish PM Mariano Rajoy is on his way out – a spent force, albeit one with a few accomplishments to his name.

The Greek debt crisis, the most pressing of the four plagues currently assailing the union, has been entrusted to second-tier decision makers such as German Finance Minister Wolfgang Schäuble and Eurogroup President Jeroen Dijsselbloem.

Mr Schäuble comes across as a grumpy old man carrying a number of chips on his shoulder. Firmly set in his holier-than-thou ways, and never doubting the righteousness of his own convictions, Mr Schäuble is singularly ill-equipped to deal with the recalcitrant Greek.

Eurogroup President and Dutch Finance Minister Jeroen Dijsselbloem is Mr Schäuble’s opposite in many ways: easily impressionable, an intellectual featherweight, and quick to blame others when things go awry. In mid-June, Mr Dijsselbloem was properly fileted and served cold by Dutch newspaper De Telegraaf in a well-researched exposé of the minister’s underhand dealings with the EU.

The paper’s political analyst Paul Jansen painted a picture of an ambitious, albeit rather mediocre, man who will say and do most anything to work his way up the hierarchical ladder before his party gets booted out of office by disgruntled voters and he reverts back to being a non-entity. Mr Dijsselbloem’s Labour Party has now descended to a historical low in the polls and will likely become an irrelevant footnote of Dutch political life after the next elections.

Try as he may to uphold his “whatever-it-takes” policy, President Mario Draghi of the European Central Bank (ECB) is quite powerless as he succumbs to the primacy of politics, exercised by those without a clear vision for Europe’s – and the euro’s – immediate future. As the Greek negotiators know full-well, Messrs Schäuble and Dijsselbloem are playing with fire as they proclaim in touching unison that their house – the European edifice so carefully assembled over 58 years – is now fireproof in much the same way as the Titanic was deemed unsinkable. 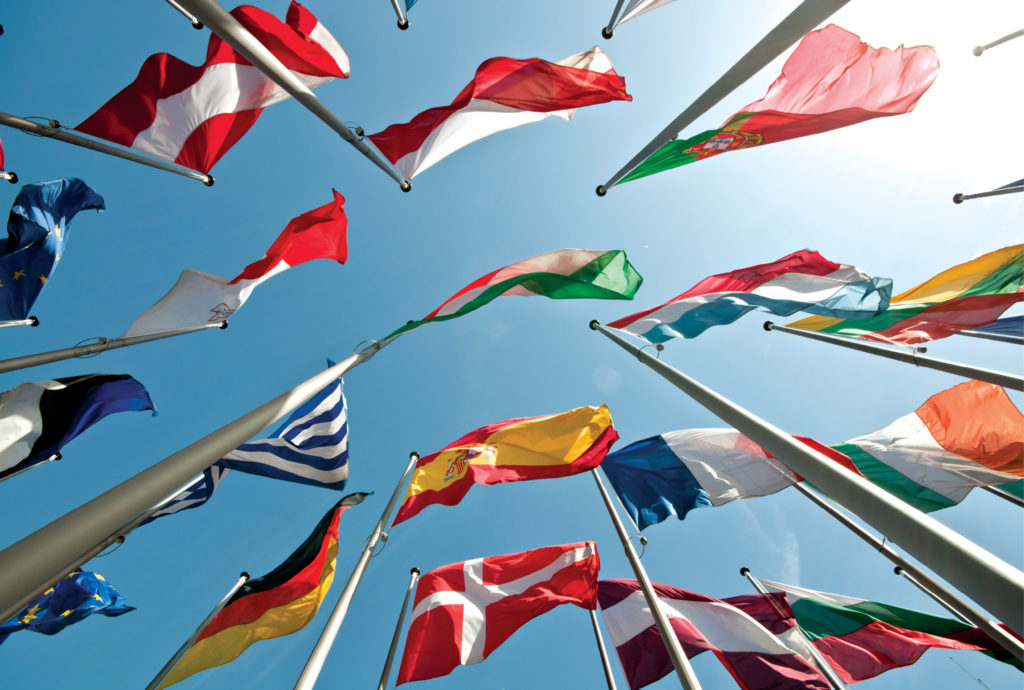 Greece, an economic nincompoop and as such quite insignificant to the fortune of the larger European concert of nations, is now deemed expendable. However, what Schäuble, Dijsselbloem, Juncker et al are really saying is that the euro is merely a currency of convenience – to be unceremoniously ditched at will.

Good news for the Spanish and Portuguese who have endured untold suffering at the hands of their European taskmasters but can now stop the painful economic convergence process and revert to their old and comforting ways. The Italians and French may want to take note as well. Thanks to the revised edicts emanating from Brussels – diktats constituting a veritable volte-face – they are now free to implement policy frameworks of a fiscally more relaxed nature.

The bumbling of Europe’s leadership does not stop here. If he were but a tad more adroit, British Prime-Minister David Cameron would be the continent’s champion. He is undoubtedly the EU’s most vociferous critic and as such could become the union’s most revered leader if it were not for his regrettable insistence on re-enacting Don Quixote – a tiresomely long tome on one man’s relentless quest to fight imaginary demons in name of his immaculate lady who, in reality, is but a simple peasant woman – “a brawny girl, well built and tall and sturdy: O the wench, what muscles she’s got, and what a pair of lungs!”

It is as if Sancho Panza, Don Quixote’s illiterate but witty squire, described the United Kingdom in its present incarnation. Instead of humouring the British knight-errant, and allowing Mr Cameron a few scraps off the union’s table, the Brussels establishment just ignores him. Though it would certainly help if the British prime-minister would enumerate some specific demands and talking points, the plain fact is that the European Union now needs Britain more than ever.

While the reverse also holds true – the small island nation cannot reasonable expect to rule or even navigate the waves under its own power – the endless quibbling over the Greek conundrum shows that Europe needs an infusion of diplomatic expertise and savvy that only the British can provide. Left to its own devices, the continent will soon regress to a state of permanent squabbling over who gets to decide what, when, and how.

Sadly, Prime-Minister Cameron is poorly equipped to give the continent the backbone it so sorely needs. Mr Cameron appears stuck in a loop of demanding the impossible and then backing down to suggest a few cosmetic changes to be implemented at some later date, before returning to his original standpoint that the EU must bend to his ill-defined will or break. On the continental side of the English Channel few, if any, are impressed. Mr Cameron lacks the conviction of Margaret Thatcher and her weaponry – the Iron Lady’s handbag did instil both fear and respect.

With nobody around to impose even a semblance of order and purpose on the cacophonic EU, Italian Prime-Minister Matteo Renzi could do little else than cuss, swear, and vent his anger in a number of other ways rather unbecoming as Europe stands idly by as Italy is overrun by asylum seekers – around 62,000 so far this year. A plan to share the burden of this human influx across EU member states was summarily rejected at a late-June summit meet of EU government leaders that was described as “heated” by some participants.

British Prime-Minister David Cameron, predictably and true to form, opted out of the plan and refused to even contemplate helping the Italians deal with the deluge of tired, poor, and huddled masses yearning to breathe free reaching its shores. To add insult to injury, Mr Cameron seemed particularly pleased with his victory in Brussels and not at all worried about the plight of the Italians – and the hapless Greek who must somehow deal with more than 60,000 uninvited visitors from Africa and Syria.

The United Kingdom was by no means alone in refusing to extend solidarity to Italy and Greece. The Dutch, Hungarians, Bulgarians and Czech also declined to reach out as did they French and Austrians. Even the dapper Latvians thought it fit to keep their country’s borders hermetically sealed. So much for the union bit of the EU. In the end, only Germany and Sweden were willing to take in additional refugees.

While in Brussels government leaders were busy agreeing to disagree, European naval vessels kept dropping refugees on the quayside of Italian and Greek ports in a surreal display of an immigration policy turned inside out. In order to avoid further loss of life, EU warships now patrol close to the Libyan coast, just outside that country’s territorial waters.

Human traffickers need only transport their cargo a few miles off shore – instead of all the way across the Mediterranean – where the refugees will be picked up by waiting naval vessels for the onward journey to Italy or Greece. Frontex – the European agency in charge of securing the union’s external borders – has obligingly put into place a smooth-running conveyor belt that safely moves large numbers of refugees from North Africa to Southern Europe.

In the case of Greece, it is no wonder that Prime-Minister Alexis Tsipras and his combative cabinet are questioning the EU’s usefulness: the union clearly couldn’t care less about the plight of the Greek people or the tens of thousands who come streaming across the border, courtesy of Frontex. With the EU and the IMF (International Monetary Fund) foolhardily insisting Greece adopt additional austerity measures that have been proved counterproductive – a fact the IMF admitted to in internal documents – the Greek government is left with no choice other than to table the demands made upon it in a referendum with a recommendation the nation reject the deal.

However, the looming exit of Greece from the Eurozone, the UK’s apparent reluctance to stay inside the union, the sabre-rattling along the eastern border, and the humanitarian crisis unfolding along the Mediterranean rim all point to a single deficiency: a severe lack of resolve on the part of the EU to tackle the issues at hand and move on. This missing assertiveness will inevitably cause the union to crack and, quite possibly, crumble as national parapets are manned and voters turn to more decisive, albeit less enlightened, politicians that peddle short-term solutions rooted in old-fashioned patriotism – indeed the last refuge of the scoundrel.