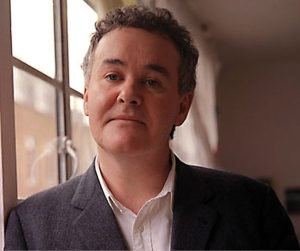 British television fans of a certain age will fondly remember That’s Life, a consumer protection-style show, hosted by the formidable Esther Rantzen, that became cult weekend viewing until it withered away in 1994.

It’s hard to imagine that, behind the scenes – amidst the talking dogs, spaghetti trees, Lirpa Loofs, and assorted obscene-looking root vegetables – was Adam Curtis, a man who is widely regarded as, arguably (but not much), the UK’s leading documentary filmmaker.

Mr Curtis went on to be showered with awards and laurels for films such as The Century of the Self (2002), The Power of Nightmares (2004), and All Watched Over by Machines of Loving Grace (2011). However, Mr Curtis began his career as a researcher for That’s Life, discovering singing animals and other esoterica.

As comic as this may seem to the untrained eye, Mr Curtis was actually mastering a learning curve and would, later, reveal that he had discovered an awful lot about how to engage an audience and deploy exquisite timing techniques. He also picked up career notes from the show’s anchor, revealing: “The best lesson that Esther taught me was that people who think they are funny rarely are.”

On reflection, That’s Life was an almost laughable and jumbled mess of gravely serious stories curiously buttressed against barely-appropriate slapstick. However, for all the eyebrow-raising juxtapositions of its segments, the show was both fundamental viewing and ground-breaking.

In fact, ground-breaking is a word that has been flung around with abandon when it comes describing Adam Curtis’ oeuvre. Packed with improbable links and mesmerising theories, the documentaries have raised their maker dangerously close to cult status. They also landed Mr Curtis host of BAFTA awards and nominations.

A good journalist is often held to be someone who can rapidly decipher any given topic and deliver the inside scoop to those watching from the outside. Mr Curtis’ style is, however, quite distinct: he doesn’t just get inside the story, he traverses it thoroughly, muscles his way to the back, and then pushes the whole dreadful thing on top of the viewer who now becomes part of the unfolding events. It’s a form of graceful brutality which envelopes a viewer’s mind and turns established truths and facts upside down.

Take one of his latest works: Bitter Lake (2015) offers a thorough examination of the way political storytelling has become twisted in the aftermath of the west’s intervention in Afghanistan. “The film shows in detail how all the foreigners who went to Afghanistan created an almost totally fictional version of the country in their minds,” Mr Curtis explains. “They couldn’t see the complex reality that was in front of them – because the stories they had been told about the world had become so simplified that they lacked the perceptual apparatus to perceive reality with.”

According to Mr Curtis, it was this imposed blindness that led the west to support an undemocratic Afghan government. “It was a horrific scandal that we, in our disconnected bubble here in Britain, seem hardly aware of. And even if we are – it is usually dismissed as being just too complex to properly understand.”

If any other journalist or filmmaker was to produce a similar statement, he/she would be dismissed as belonging to the loony left, espousing a goodness-knows-what hidden agenda. But Mr Curtis delivers his monologue in such beguiling fashion that he makes even those with the most stubbornly opposing political views sit up and take notice of the message.

Unfortunately, it’s a source of great frustration to Mr Curtis that many of the word’s leaders don’t share his views – a topic he addresses in The Power of Nightmares. Curiously, he points an accusatory finger at the press for failing to explain the big issues in a way the public can properly understand. And that’s why his documentaries work on so many different levels – Mr Curtis is willing to connect with the viewer on an emotional level, rather than peddling ambiguous keywords and buzz phrases.

He does, however, believe journalism will rise to the challenge as consumers of news the world over begin to tire of being bombarded by self-aggrandising pundits and other know-it alls.

Adam Curtis is a journalist on a mission: keeping the focus sharp and on-topic until the British public regains its ability to discern between fluff and substance.