After tearing the country and his party apart, leaving it with no government, no opposition, and – essentially – no future other than a long retreat into relative obscurity, Boris Johnson turned his back and walked away. Others may now clear the unholy mess he left behind. The flamboyant former mayor of London, and figurehead of the Brexit campaign, couldn’t make the transition from showman to statesman. His notoriously ill-guided wit and intelligence – the man is, au fond, a ballistic missile gone rogue – did not survive the backstabbing fest otherwise known as the Tory leadership contest. 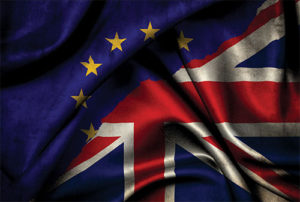 Lord Heseltine, a former deputy prime minister and one of the few upstanding Tory politicians left, dismissed Mr Johnson and called him a contemptible wimp: “He is like a general who led his army to the sound of guns and abandoned the field at the first sight of them.”

Mr Johnson made his own exit after fellow Leave campaigner Michael Gove turned on him – the latest twist in a saga of political backbiting that has turned the Tory Party into a fight club. Helped by his wife’s carefully planned email indiscretion – Mrs Gove does fancy a stint at Number 10 – the power-hungry justice secretary withdrew his support for Mr Johnson in the Tory leadership race, an act of treason not unlike the “et tu, Brute?” episode suffered by Prime Minister David Cameron when Boris chose ambition over friendship and joined the Brexit fray – not so much out of conviction as with a view to self-preservation. Undeniably, UK political life, such as it is, does contain elements of poetic justice.

Meanwhile on the left, things look no better. Embattled Labour leader Jeremy Corbyn, rather hapless in the best of times, managed to mention Israel and ISIS in the same sentence, offending everybody in the process – a feat that requires an unusual degree of ineptness. Why, when a constitutional crisis is brewing, Mr Corbyn would even go there – to the Middle East – shall remain shrouded in mystery.

Clinging to his position with increasing desperation, yet failing to lead Labour in any meaningful way, Mr Corbyn has manoeuvred his party into the political doldrums where it now is stuck. A spent force, Mr Corbyn’s Labour Party has effectively handed the country to the squabbling Tories on the proverbial silver platter.

Looking at Great Britain from the other side of The Channel, European leaders expressed both dismay and disbelief – and a bit of anger too – at the sorry spectacle unfolding before their eyes. Dutch Prime Minister Mark Rutte, arguably Britain’s closest and most loyal ally on the continent and a close personal friend of the Camerons, lamented the sight: “England has collapsed politically, monetarily, constitutionally, and economically.” Mr Rutte urged fellow EU leaders to ease up on the pressure and allow the UK time to recompose itself.

Just before he left the stage, Boris Johnson assured the nation via his weekly column in the Daily Telegraph that the UK would be able to secure unfettered access to the EU market while restricting the free flow of labour. The publication of the column coincided with Prime Minister Cameron’s last supper in Brussels where Boris’ phantasmagorical scribblings were not well received.

In the Belgian capital, the prime minister attended the twice-annual EU summit for just a single evening, before being sent on his way, rather unceremoniously, as the remaining 27 leaders celebrated a conclave to determine their response. At the request of German Chancellor Angela Merkel, a special Boris Clause was inserted at the last moment into the final statement warning the British that the European Union will not ever allow its four basic freedoms – the freedom of goods, services, labour, and people to move freely throughout the union – to be split up. Seldom was a political fact stated so bluntly.

During supper the evening before, Mr Cameron had rather unwisely complained that the EU’s reluctance to allow Britain to place limits on intra-union migration caused him to lose the referendum. In other words: It is all your fault. That did not go down well with the Chablis served.

Although a member for 43 years, the UK seems not to understand the fact that the European Union cannot and will not tinker with the foundation it was built on. Granting a single member state an exemption from adhering to the four basic freedoms would instantly bring down the EU’s entire edifice; other countries would immediately demand similar exceptions. The union would simply cease to exist.

All member states realise this fact of life1 and none has ever suggested tinkering with the four freedoms – save for the United Kingdom which considers itself exceptional to such a degree that all others are expected to bow before it. This, of course, is not how diplomacy works and the British should know that. Then again, with only twenty or so skilled negotiators to call upon, the Foreign Office seems to lack both the expertise and experience to operate within the confines of diplomatic reality. As both teams gear up for the coming Brexit negotiations, the EU is set to field no less than 600 veteran diplomats for the exercise.

However, even with a rudderless and fractured United Kingdom and a continent beset by indignation, the world will keep spinning. To cite the bard, in the end it may well prove much ado about nothing. British voters have expressed their anger and a good few of them already now regret (Bregret) their outburst. The referendum, merely consultative, needs to have its outcome ratified by act of parliament. Curiously enough, fully three-quarter of its 650 members are opposed to the UK’s exit from the European Union.

With the exception of Michael Gove, who seems blinded by ambition, most Leave leaders seem rather clueless on what to do next, now that they actually won the contest. Nobody is in a hurry to seal the deal by invoking Article 50 of the Treaty of Lisbon that sets the ground rules of the exit procedure. Whilst European leaders publically urge the UK to depart at the earliest opportunity, most of their aides admit that no-one really wants to see the British pack up and go.

It is altogether not inconceivable that the whole Brexit push will eventually run out of steam, leaving things pretty much unchanged. Nigel Farage, whose UK Independence Party cashed in on the general discontent and caused Prime Minister Cameron to call for the referendum in a last-ditch attempt to hang on to power, already can see the writing on the wall. However, the victorious Mr Farage now stands virtually alone in appealing for immediate departure. He has, in fact, now abandoned the scene altogether, retiring from public life – no doubt to down a pint or two at his favourite pub in relative obscurity.

As the devolved Scottish parliament mulls rejecting a Brexit, a legally iffy proposition, and the British parliament has no stomach for an exit either, the leavers are insisting that the will of the 52% of Brexit voters – hardly an overwhelming majority – be acted upon, if not promptly then at least fully. However, as things stand it looks highly unlikely that these voters will get their way, all the way: Brexit will most likely be watered down to the point of near irrelevance – i.e. the Norway Option whereby the UK will continue to abide by – and enjoy – the EU’s four freedoms, pay its fair share to Brussels, implement EU legislation, whilst being notionally independent. Rather than wishful thinking, this constitutes but a reality check for a nation that worked itself into a corner.