UK BUSINESSES are pessimistic about their growth potential once the COVID-19 crisis passes.

A survey of 1,200 firms has found that the pandemic has negatively impacted 69 percent of British businesses, with 60 percent not expecting to return to growth in the near future.

Of those evaluating themselves as negatively affected, 36 percent expect to make permanent redundancies or temporary lay-offs, and 18 percent say they are likely to cease trading.

A key issue is cash flow, with 19 per cent of firms having less than one month of cash reserves left. Some 26 percent of owners have injected personal funds into their businesses to keep them solvent.

The study, commissioned by banking lobby group UK Finance and undertaken by BVA BDRC, found that 90 percent of applications for government-backed lending schemes such as the Bounce Back Loan Scheme or Coronavirus Business Interruption Loan Scheme were being approved.

A total of £33.4bn has been lent to 828,000 businesses through the two schemes. UK Finance cautions that government-backed loans represent a debt, and not a grant. “Firms should carefully consider their ability to repay before applying,” a spokesman said.

Of those who have received a government-backed loan, 58 percent have less than three months in cash reserves. 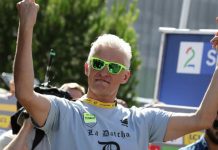