THE CRYPTOCURRENCY world isn’t known for doing things by halves — unless we’re talking about Bitcoin.

The most buoyant and respected of the digital currencies has just gone through a four-yearly adjustment, known as the halving — a process designed to control inflation. The most recent event has literally halved the reward for unlocking a Bitcoin “block” from 12.5 coins to 6.25.

By virtue of cunning design and coding by the mysterious Satoshi Nakamoto — whose true identity remains the subject of speculation — rewards to miners halve every 210,000 blocks until the supply expires. The carefully crafted mechanisms control Bitcoin supply, with no central banks to act as regulators. The number of coins is limited to a total of 21 million, all of which will have been discovered in 20 years or so.

Bitcoins are created, or discovered, by software miners who solve “puzzles” using a cryptographic hash algorithm known as SHA-256. When applied, it will eventually provide a unique 256-bit string. Ching-ching: one Bitcoin.

Some investors believe that the regular halving will diminish the appeal of mining, a time-consuming but wildly profitable process which draws so much electricity globally that it is viewed by many as an environmental problem.

The cryptocurrency faithful — along with a growing number of mainstream economists — say that the intentional scarcity built into Bitcoin ensures its ongoing value. It also makes it a good hedge against fiat currencies, which are subject to devaluation.

This is the third halving since Bitcoin was created in 2009, with the next due to take place in 2024. The digital currency has gained more than 20 percent in value this year.

Move over, Punxsutawney Phil, there’s a new rodent on the block 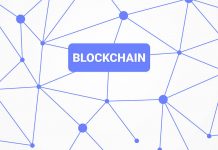 Surprise as hacker returns millions and pledges to pay everything back