The Asian steppes, which run from the far edge of Siberia in the east to the fringe of Europe in the west, has felt the tread of many warlike boots and hoofs over the centuries. The plains form a broad highway along which, down the ages, have swarmed hordes of invaders from the east, eager to plunder the riches of Europe.

The Slavs who populated the lands which now bear the name Ukraine, have lived under many harsh yokes. Freedom and self-determination flowered off and on briefly, only to be crushed repeatedly by the powerful – not just from the east, but from every point of the compass.

Serhii Plokhy, the son of Ukrainian parents, is a respected Harvard academic who, these days, examines the tragic events in his motherland from the comfort of a home in Arlington, Massachusetts. His account of the fall of the Soviet Union in his acclaimed book The Last Empire: The Final Days of the Soviet Union1, takes issue with the generally held belief that the United States won the Cold War. Mr Plokhy claims it was Ukraine that brought down communism.

His latest work, The Gates of Europe: A History of Ukraine2, is equally thought-provoking. It plots the history of a people who have suffered miserably for being at the crossroads of too many conflicts, and tries to use history as a prism through which to examine the present, and suggest routes to the future.

Mr Plokhy’s book explains the roots of the language and culture of Ukraine, and its relationship with its bigger neighbour, Russia. It examines a people’s ability to survive brutal times while maintaining a belief in nationhood, against the odds. He brings us from a chaotic past to a depressingly similar present.

Ukraine’s capital city, Kiev, was arguably the foundation upon which Russia was built. Varangians, the Viking warriors who headed east instead of west, sailed up the Dnieper and established a fortress on the site in the 10th century. The subsequent history of Russia and Ukraine is as tangled and knotty as a piece of Norse serpentine art. Ukrainians have never felt culturally inferior to their Russian brothers. It is equally true that the Russians have historically celebrated a sometimes one-sided cultural bond with Ukraine.

The crisis in Ukraine began in November 2013 when citizens took to the streets in protest over President Yanukovych’s refusal to sign what was seen in Moscow as a provocative Association Agreement with the European Union. President Yanukovych preferred instead to strengthen ties with Russia, and though he banned public protests, clashes with police in the country’s cities continued.

When snipers opened fire on crowds in Kiev’s snow-covered Independence Square, the Maidan, on February 20, scores of protesters were killed, but the demonstrators held their ground. The president fled and his palace was overrun. Russia’s response was swift, annexing the Crimea to “defend ethic Russians.” Meanwhile, pro-Russian groups in eastern Ukraine took control of municipal buildings in cities across the region. Over the summer of 2014, skirmishes continued as the new Ukrainian president, Petro Poroshenko, vowed to crush the rebel separatists.

Then, in July, came the shooting down of Malaysian Airlines flight MH17 over eastern Ukraine, killing 298 civilians. Russia and Ukraine promptly blamed each other, and hostilities were stepped up. NATO spy satellites picked up the outline of Russian tanks and troops massing on Ukraine’s northern border. The watching world feared the worst, but a ceasefire was stitched together at the last minute, though it was almost immediately violated. 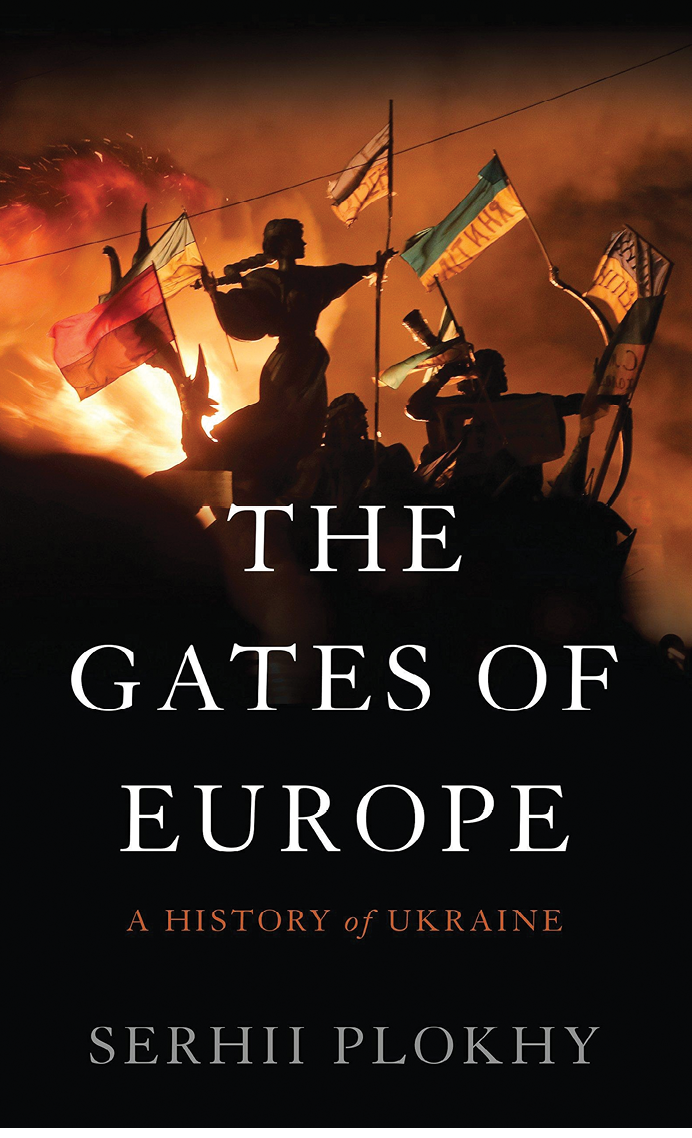 With trigger fingers itching on all sides, Russia’s economy began to suffer. Western sanctions, imposed after the annexation of Crimea, were starting to bite, oil prices were collapsing on the world markets, and the rouble tumbled. At the height of the crisis, in February 2015 when many observers warned that the conflict might develop into a new European war, German Chancellor Angela Merkel and French President Francois Hollande flew to Kiev and then on to Moscow on a high-profile peace mission.

While they talked to Ukrainian president Petro Poroshenko, and then met with Vladimir Putin, the United States was making bellicose noises. President Obama dropped heavy hints that he could supply arms to the beleaguered Ukrainians, while former NATO General Secretary Anders Rasmussen suggested Europe should move to a state of preparedness. “This is not about Ukraine,” said Rasmussen. “Putin wants to restore Russia to its former position as a great power.” He warned that President Putin might stir up trouble in one of the Baltic states to test NATO solidarity.

Commentators, watching the frantic shuttle diplomacy of Merkel and Hollande, hinted that Europe may have bitten off more than it could chew with Ukraine. The idea of extending the EU’s influence – and eventually, maybe, its boundaries – by courting the fledgling Ukrainian democracy seemed like a good one at the time. Now, with Putin baring his teeth, the best Europe could do was to support sanctions against Moscow.

Rasmussen, as he warned of Russian aggression, also concluded that European nations’ military defences were in a lamentable state two decades after the end of the Cold War. While Russia had increased defence spending by 80% in that time, most European NATO members had allowed military investment to shrink to pitiful levels. Belgium, he singled out as an example, spent just four per cent of its defence budget on actual hardware – the rest went mainly in pensions for its old soldiers.

A Lord Weighs In

David Owen, now Lord Owen, a former British Foreign Secretary, lays the blame for the outbreak of hostilities in Ukraine squarely at the door of the European Union and its “foolish” attempts to promote the Association Agreement with Kiev. Lord Owen also believes there may be a pragmatic response available to the West over the annexation of Crimea. He points out that Nikita Khrushchev, when he assumed power in the Soviet Union in 1953, surprised everyone, including the Crimeans themselves, when he gave the peninsula as “a gift” to Ukraine. Russia has used the Crimean naval ports, the country’s only southern access to the sea, unhindered for two centuries. Lord Owen proposes a lease-back solution, similar to the US base in Guantanamo Bay, Cuba. NATO, he insists, must not try to expand and encircle Russia.

Can Ukraine ever find its true, independent identity? Is there a hope that the country can survive and blossom into an affluent, stable nation, while sitting precariously on that fence between East and West?

Political and economic corruption must be tackled first, say observers. Stories of lavish political lifestyles and undeclared villas on the French Riviera are rife in Ukraine. Ridding the country of these embedded practices was one of the key demands of the 2013 Maidan protesters. While there are signs that anti-corruption initiatives are taking shape in Ukraine, it is still a major issue for a population that has suffered economically and socially through the devaluation of the currency and the cost of the proxy war with Russia.

Yulia Andrusiv, an academy fellow at Chatham House, which provides a forum for expert opinion on Ukraine, sees confronting corruption as essential for the political future of the country. She makes the point that, as in much of Eastern Europe, the political pendulum tends to swing between liberal and illiberal spectrums. If the current government fails to tackle corruption, she says, illiberal forces may regain ground.

Citizens who risked their lives to topple the Yanukovych regime and defended against Russian aggression are not likely to look the other way if the politicians fail to change. The violence in Ukraine has removed a social taboo, says Ms Andrusiv. Unless the political elites show a renewed commitment to the anti-corruption agenda, the outcome could be destructive.

To date, the Ukraine crisis has claimed nearly 9,000 lives. The Gates of Europe is a useful guide to understanding the country’s current distress through an examination of its history. As its author says, the conflict with Russia is a tragic case of history repeating itself. But there are glimmers of hope in the gloom.

“Only the dead or the stupid do not change their views,” said Leonid Kravchuk, the first president of independent Ukraine who governed from 1991 to 1994. Like many former Soviets, Mr Kravchuk was an expert at avoiding conflict and well-practiced, as he puts it, in “stepping between the raindrops.” Some of that cunning and caution may now be needed more than ever as all parties seek a lasting solution to the Ukraine question.

But, as with all such questions, emotion is often the most difficult ingredient to control. In May this year, an ethnic Tatar called Susana Jamaladinova sang the Ukrainian entry which won the Eurovision Song Contest. The song is called 1944 and recalls the forced removal of Tatar peoples from the Crimea by Stalin in World War Two, and is clearly a rebuke to President Putin for his annexation of the peninsula.