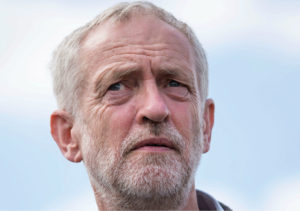 Jeremy Corbyn is not easily whipped into toeing the party line. In the 2005-2010 Parliament, he defied his government whip no less than on 238 occasions – around a quarter of all votes called. Mr Corbyn not only sports a rebellious streak; he is also rather frugal and quite reluctant to charge his expenses to the taxpayer. He regularly ranks at or near the bottom when expense accounts of members of parliament are tabulated.

A recalcitrant penny-pincher, Mr Corbyn is, perhaps, most admired for the strength of his convictions. In an era that sees politicians change colour as easily as spooked chameleons, a leader standing his ground is somewhat of an oddity. Mr Corbyn flatly refuses to adjust his opinions to the outcome of the latest opinion poll. He abhors bowing to popular pressure: love him or hate him, voters at all times know what Jeremy Corbyn stands for.

A sharper contrast to Prime Minister David Cameron is hard to imagine. Whereas Mr Cameron is highly attuned to the nation’s ever-changing mood, and sets his government’s policy accordingly; Mr Corbyn – leader of Her Majesty’s Most Loyal Opposition – feels no need to plot a different course each time the winds change.

In 2003, Mr Corbyn consistently voted against military intervention in Iraq, repeatedly stating that the case for war had not been made. He was duly vindicated and in November of this year again declined to sanction war when the House of Commons debated the aerial bombing of territory held be the Islamist radicals of ISIS in Syria. Subjected to immense pressure from more gung-ho members of parliament, he relented only slightly and allowed them to vote according to their conscience. Predictably, a significant number of Labour Party representatives immediately joined the Tories in clamouring for war.

Jeremy Corbyn was voted to lead the Labour Party, severely mangled and quartered in the May 7 general election, and not just save it from extinction, but position it as a viable alternative to the Conservatives. Instead of emulating the Tories, as New Labour long tried to do, Mr Corbyn is determined to shepherd the party back to its social democratic electoral pasture from where it strayed with disastrous results.

Whereas New Labour turned its back on the party’s home constituency – the people in danger of being ground by the wheels of progress – Mr Corbyn, a trade unionist and self-described democratic socialist, wants his party to again represent, and fight for, the common man/woman. He is most concerned about rising social inequality and increased levels of poverty amidst the plenty enjoyed by a select few. Mr Corbyn calls for the renationalisation of the railways – some of which now charge passengers a pound for a mile of travel in clattering carriages – and all other public utilities. He also advocates the abolition of university tuition fees and the restoration of full student grants.

With Mr Corbyn at the helm of the Labour Party, something akin to a clash of civilisations is brewing in the Houses of Parliament. The party leader has, however, most to fear from his own backbenchers who are often plagued by short memories, and suffer even shorter attention spans, and would rather outdo the Tories at their game in order to return to power, than stick to whatever convictions they once may have espoused.

While the Labour Party has seen its membership surge since Jeremy Corbyn took over the reins, party pundits and dinosaurs insist that the new leader’s leftist platform virtually assures the Tories’ continued grip on Whitehall. A lone voice crying in the wilderness, Mr Corbyn aims to singlehandedly reacquaint voters with the phenomenon of conviction politics, i.e. proving that some politicians actually fully intend to do as they say.

That is going to be a hard sell. Whole generations have grown up knowing nothing but political operators who nimbly weasel in and out of promises and consistently fail to deliver. Voter turnout has suffered as a result with most young people scarcely bothering to show even a semblance of interest in the nation’s affairs. The entire society has been reduced to a loose collective of individuals, each pursuing their slice of bliss in a race to the bottom.

Meanwhile, the telly is populated by talking heads doing their utmost to convince the working poor that trickle-down economics will usher in times of plenty for all, supplanting the expensive welfare state which may joyfully be dismantled as it now only serves as a last refuge for the work-shy.

Mr Corbyn makes no excuses as he argues that the neoliberal recipes cooked up by the Tories only serve to exacerbate social tensions and broaden the corporate remit. He wants none of that and is dead set on reclaiming the primacy of politics over economics.

That is, however, an uphill battle with Mr Corbyn’s power-hungry peers in parliament and a generally hostile media that portrays him as a rabid and dogmatic socialist – a throwback to bad old times – and, as such, quite unfit for public office. The real test will come on May 7, 2016, when Britain goes to the polls for regional elections. The first signs are promising. A by-election in Oldham West and Royton, held on December 3, gave Labour candidate Jim McMahon an astounding 62.1% of the vote, almost ten percentage points over the local result of the last general election.

A poacher turned gamekeeper, Mr Corbyn will have no trouble keeping his backbenchers in line should his time-honoured brand of conviction politics yield results at the ballot box. But that requires him to cling to power for another six or so months. Facing fierce opposition from those who will readily trade convictions for power, Mr Corbyn needs to move outside his comfort zone and whip his party into obedience. Then again, Jeremy Corbyn isn’t the type of politician for whom the end justifies the means. 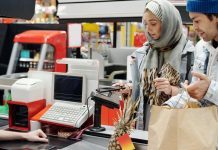