The arrival of peak oil — the point in time when global oil production peaks and begins to forever decline — has loomed for decades. Some say it has been and gone while others believe that new discoveries and advances in technology keep pushing it back.

Over the last 12 months there has been a dramatic drop in the price of crude oil alongside a global oversupply of black gold. The International Energy Agency is predicting slowdown in global oil demand for 2016. However, the inexorable global thirst for hydrocarbons will necessitate the unlocking of new sources.

What will these be? Shale gas is one of a trio of so called unconventional gases – the other two are coal bed methane and tight gas – which recent developments in technology have made it possible to exploit. Notably in the US, hydraulic fracturing is being used to release gas from tight shale formations which cannot be accessed by conventional drilling techniques. The shale gas boom has transformed the global gas market, turning the US from an importer into a net exporter of gas.

Decades of oil and gas production have reduced global reserves of much of the oil and natural gas that can be produced using traditional methods. Operators have to move into deeper waters and more remote areas to explore and exploit new fields. The ongoing advances in deep-water drilling and subsea production techniques enables exploitation in areas that were hitherto out of the reach.

For example, a fifth of the UK’s remaining oil and gas reserves lie deep below the stormy seas between the Shetland and the Faeroe Islands. This deep-water area, known as the Atlantic Frontier or the Atlantic Margin, is on the edge of the UK continental shelf and presents substantial technical challenges. The geology is complex, the water depths are as much as 1,000 metres, there are strong currents and high winds, and the area is a long way from existing infrastructure. Deep-water drilling is more time-consuming, demanding, and hazardous than conventional offshore drilling. However, advances in seismic techniques, drilling, and remote operation of subsea production have contributed to development of big new gas fields and infrastructure in the deep waters north-west of Shetland.

Even further north, substantial hydrocarbon reserves lie under the pristine frozen Arctic Circle – an inhospitable and challenging region shared between Russia, Alaska, Canada, Norway and Greenland (Denmark). Approximately 61 large oil and natural gas fields have already been discovered within the Arctic Circle. Most are in Russia, with others in Canada and Alaska. The inhospitable terrain of the snow and ice covered polar region contains as much as one fifth of the world’s recoverable petroleum and gas reserves but it is only recently that changes in technology have made exploiting these resources feasible. So the question is, if it is technically possible, is it economic? There is no simple answer. 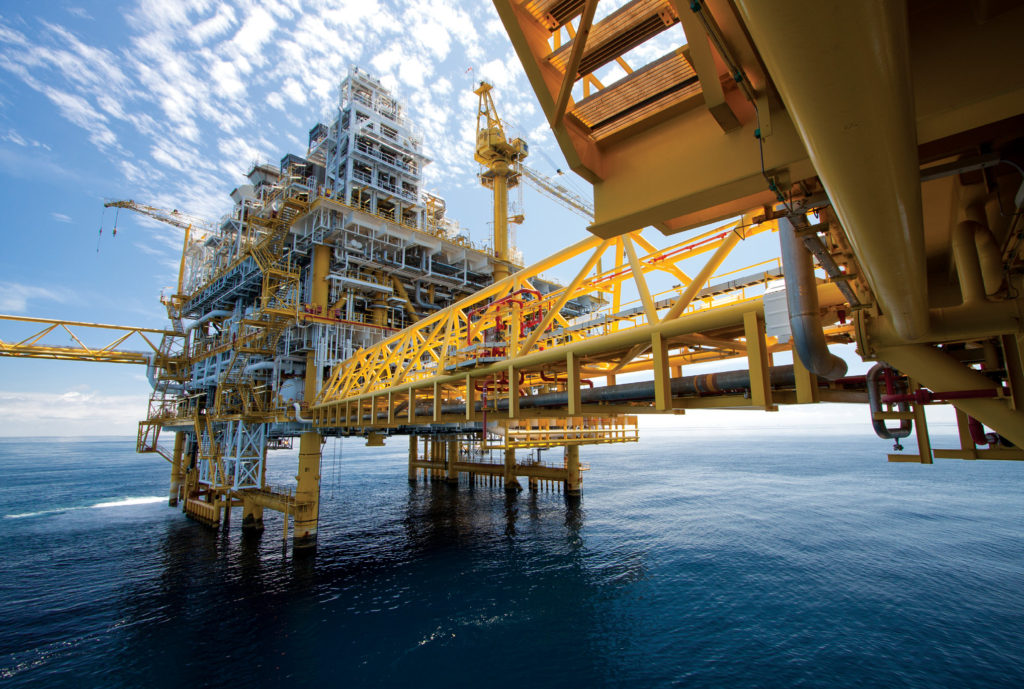 Oil and gas is a safety critical high hazard industry. Big bucks are at stake and the risks are high. Arctic resource development is particularly high-cost and high-risk. Major challenges include operating in harsh climate in long periods of near-total darkness; lack of existing infrastructure; long project lead times; and environmental issues and disputes over boundaries and jurisdictions. While development may be feasible, the investment required is huge. Environmental issues loom large in these sparsely populated areas, pitching environmentalists against oil companies in an oft-repeated clash of values.

In September 2013, in a much publicised escapade, Greenpeace activists attempted to scale the Piriazlomnaya drilling platform as part of a protest against Russia’s Arctic oil exploration programme. Russian authorities seized the Greenpeace ship Arctic Sunrise in international waters within the Russian Economic Zone, arrested the crew at gunpoint, towed the ship to Murmansk, and detained the crew of thirty activists. A criminal investigation followed, and the activists were charged with piracy and hooliganism. Eventually, after the Netherlands filed a case at the international tribunal of the sea, (the Arctic Sunrise flew under the Dutch flag), first the crew and then the ship were released.

The Barents Sea is shared between Russia and Norway but the border is disputed. It supports one of the world’s major fisheries and a number of subsea gas fields have been identified. Despite strong opposition from the green movement, Norway has been pushing ahead with development for thirty years. Statoil’s Snøhvit Field liquefies and exports natural gas and is planning more development. Some of the world’s largest gas fields have been identified on the Russian side of the Barents Sea and their development is underway.

Across the pole, in the seas around Alaska, millions of barrels of oil and vast quantities of natural gas are already being produced in onshore regions of the Arctic. Offshore is a bigger challenge as ice conditions effectively lock down the region in winter. Despite logistical issues, expensive equipment repairs, regulatory hurdles, and environmental challenges, Shell has spent $7 billion in the last decade in pursuit of hydrocarbons it believes to be under the Chukchi Sea.

In 2012, the operator drilled offshore wells but the venture was dogged by problems. The company underestimated the Arctic hazards and overestimated the weather window for safe travel. In December 2012, its giant drilling rig Kulluk drifted aground off Sitkalidak Island in the Gulf of Alaska. Kulluk was being towed south to her winter home in Seattle when a storm parted the towing line to the icebreaking tug, trapping 18 men aboard the drifting rig. In desperate weather conditions, the US Coastguard rescued the crew and eventually ordered the tug crew to cut the rig loose, which led to her grounding. 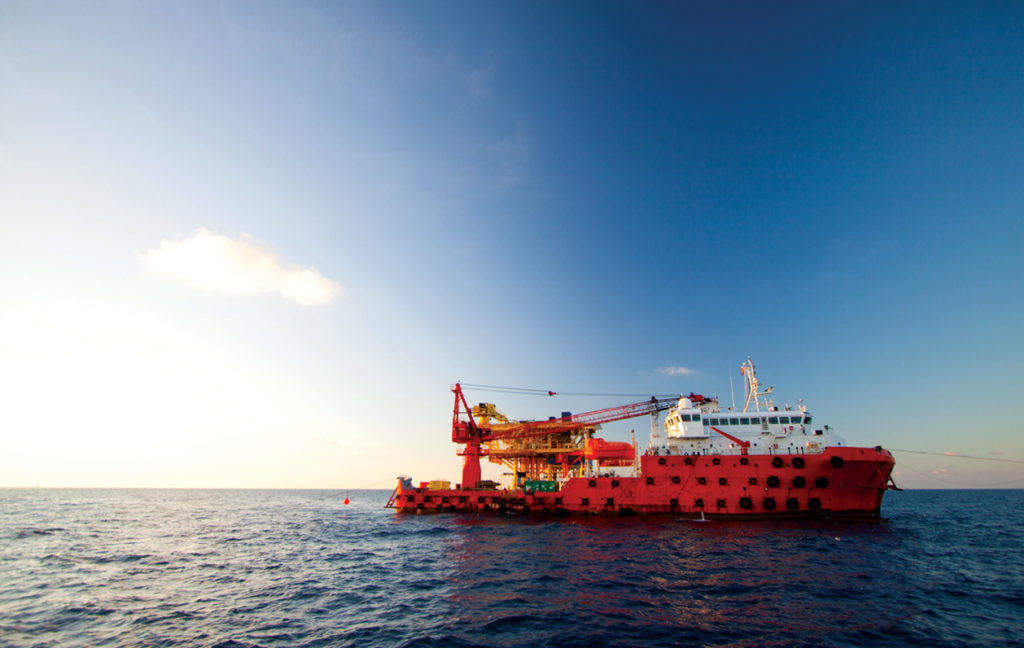 The plan to tow Kulluk south for the winter was at least in part motivated by an effort to avoid State of Alaska property taxes on oil and gas extraction equipment. The rig was eventually recovered and, as repairs were not feasible, it was scrapped in 2014. Fortunately, the thousands of gallons of diesel fuel, lubricating oil, and hydraulic fluids aboard were safely retrieved. However, incidents such as this have helped bolster environmentalists’ case that conditions in the Arctic make it too dangerous to drill.

At the opposite end of the globe lie yet more promising oil and gas fields. Antarctica is not a country: it has no government and no indigenous population. However seven nations – Britain, France, Norway, Australia, New Zealand, Chile, and Argentina – have carved up the map of Antarctica laying territorial claims to the driest, coldest, and windiest place in the world. In 1961, the Antarctic Treaty came into force making the continent a scientific preserve. Military activity and prospecting for minerals are banned. Scientific study is allowed, and governments are keen to know what’s under the ice. Much geological research is underway.

Could it be oil? If so, then it is currently prohibitively expensive to extract and transport, but in 2048, the protocol banning Antarctic prospecting comes up for renewal and by then the situation could be very different. Technology, recoverable reserves, economics, and climate could all have changed. In the meantime in the name of scientific research, geological surveys of the continent continue.

So battle lines are drawn: a seemingly insatiable demand for new sources of oil and gas opposed by a belief that developments in the frozen polar regions is potentially too damaging to the environment to countenance. Advances in technology mean oil and gas reserves can be extracted from environments which were previously too remote to access, but the costs are high. Lead-in times are long and investment decisions must be taken years ahead of likely production. The economics of oil are volatile: demand, supply, price, and a host of other factors including technology, politics, and legislation mean that risk-averse decisions will win out.

In the oil industry companies see the race-to-be-second as the way to be a winner. The industry wants innovation and development, but it is a hazardous one operating in hostile environments. Risks are high and many prefer to let a competitor pioneer the way in order to diminish the risk to their own company. The stakes are huge, the rewards are great but so are the costs of accidents. Technology can solve many problems but the challenges of harvesting hydrocarbons from the polar regions may, at present, be a rig too far.