Within Europe’s public, private, and not-for-profit sectors there exists a wide variety of legal forms of organisation. Each sector faces different governance challenges and specific codes have been developed to identify best-practice principles for each of the sectors. Adopting corporate governance best practices improves competitiveness and can lead to improved access to external financing, a lower cost of capital, improved operational performance, increased company valuation and improved share performance, improved company reputation, and reduced risk of corporate crises and scandals.

Significant differences exist in investor ownership patterns and engagement practices among shareholders in Europe in the areas of share concentration, share ownership patterns, control-enhancing mechanisms (situations where shareholders increase their control over a company without increasing their proportional stake in shareholding), and the levels of shareholder activity. Two broad positive implications of concentrated ownership in Europe are that 1) controlling shareholders may be more willing to adopt a longer-term outlook than other investors are, since they can insulate the management from the effects of share price fluctuations and economic cycles; and 2) management can be directly monitored by the owner of the company. This monitoring creates less scope for CEOs to pursue their own private agendas regarding excessive executive remuneration, and it helps avert risky takeovers. Research indicates that controlling shareholders may be more engaged in overseeing the operations of a company than institutional investors are.

There are a wide variety of board structures, composition, and practices among European companies. Nordic boards, for example, are typically unitary and two-tiered. In recent years, board diversity has become an important corporate governance issue, and many European countries have introduced gender quotas in particular. Directors’ duties in many countries have been clarified, and there is an increased scrutiny concerning related-party transactions. Board evaluations are becoming increasingly common.

Among European companies there are significant differences in executive powers delegated to management. The role of stakeholders (employees, financiers, suppliers, local communities, and government) varies considerably across companies, sectors, and countries. In some European countries, the rights of stakeholders are enshrined in company law or other related legislation, such as codetermination and employment-protection legislation. By contrast, companies in other countries have a tradition of focusing more narrowly on the interests of shareholders. Corporate responsibility is becoming more important among European companies, and many companies are developing policies concerning the ethical behaviour of their employees.

More frequently, the word is used as a collective term to describe the 28 member states of the European Union. The population of the European Union is about 490 million people, and the land area is nearly 4.5 million square kilometres. Over time, this member-ship is likely to grow, with the addition of EU candidate countries and potential candidate countries. Germany has the largest population, with 80 million people, and Malta has the smallest, with about 400,000 people.

Why Is Europe Distinctive?

Although the EU comprises 28 member states that are all extremely proud of their distinctive national identities, the EU has created a region where business cooperation between member states is becoming increasingly common.

As an independent supranational authority separate from the member states’ governments, the European Commission has been described as “the only body paid to think European.” Article 17 of the Treaty on European Union identifies the responsibilities of the Commission to include the following:

The roadmap for corporate governance in the European Union has been clearly defined in two action plans, published by the European Commission in 2003 and 2012, along with five other proposals and directives. They are listed here in chronological order:

EU Action Plan (2003) – This plan (European Commission 2003a) was based on a report by the High Level Group of company law experts chaired by Jaap Winter (Winter Report 2002). The plan established four main pillars for corporate governance reforms:

Europe 2020 was launched in 2010 and is the European Union’s 10-year growth and jobs strategy. It sets five headline targets for the EU to achieve by the end of 2020. These cover the following areas:

EU Action Plan (2012) was adopted in 2012 to increase long-term growth-orientated investment that will lead to more competitive and sustainable companies in the long term. The plan envisages new provisions for reporting on board diversity, risk management, and executive remuneration as well as for improving the quality of corporate governance reports, especially explanations made under the comply-or-explain framework. The following are some of the plan’s key measures to enhance transparency:

An objective of the proposal is to make it easier for shareholders to use their existing rights over companies and to enhance those rights where necessary. This would help ensure that shareholders become more engaged, do a better job of holding the management of the company to account, and act in the long-term interests of the company. According to the commission, a longer-term perspective creates better operating conditions for listed companies and improves their competitiveness.

Key elements of the proposal include stronger transparency requirements for institutional investors and asset managers on their investment and engagement policies regarding the companies they invest in, plus a framework to make it easier to identify shareholders so they can more easily exercise their rights (such as voting rights), in particular in cross-border situations. It would also require proxy advisors to be more transparent on the methodologies they use to prepare their voting recommendations and on how they manage conflicts of interests.

The proposal introduces a European say-on-pay for the first time. The proposal will require companies to disclose clear, comparable, and comprehensive information on their remuneration policies and how they were put into practice. There will be no binding cap on remuneration at the EU level, but each company would have to put its remuneration policy to a binding shareholder vote. The policy would need to 1) include a maximum level for executive pay; 2) explain how it contributes to the long-term interests and sustainability of the company; and 3) explain how the pay and employment conditions of employees of the company were taken into account when setting the policy, including explaining the ratio of executive pay to the pay of average employees.

In October 2014, the European Confederation of Directors’ Associations (ecoDa) published a reaction to the proposal (ecoDa 2014), arguing that European institutions should not jeopardize corporate governance structures in companies. The ecoDa paper states that it is essential to keep boards of directors as the central actors and not to disturb the delicate equilibrium between the roles and duties of a shareholders’ meeting versus a board of directors in a perhaps unsuccessful effort to cure the intrinsic problem of accountability of the board toward shareholders. It suggests that it is important for boards to retain the leadership in defining the level and the structure of management remuneration, while the remuneration of directors has to be decided by the shareholders. The ecoDa paper argues that it is not realistic to turn inactive shareholders into micromanagers, and that it is doubtful whether the directive will lead to more engagement and long-term thinking from institutional investors.

Proposal for a directive on single-member private limited liability companies (April 2014) aims to facilitate the creation of companies with a single shareholder across the EU. It should make it easier for businesses to establish subsidiaries in other member states, as most subsidiaries tend to have only one share- holder—a parent company.

Directive on Disclosure of Non-Financial and Diversity Information (April 2014), adopted by the European Parliament, concerns disclosure of nonfinancial and diversity information by certain large companies and groups. It requires companies to disclose information on policies, risks, and outcomes regarding environmental matters, social and employee-related aspects, respect for human rights, anti-corruption and bribery issues, and diversity in their board of directors.

The rules will only apply to some large companies with more than 500 employees. In particular, large public- interest entities with more than 500 employees will be required to disclose certain nonfinancial information in their management report. This includes listed companies as well as some unlisted companies, such as banks, insurance companies, and others that are so designated by member states because of their activities, size, or number of employees. The scope includes approximately 6,000 large companies and groups across the EU.

The directive leaves significant flexibility for companies to disclose relevant information in the way they consider most useful or in a separate report. Companies may use international, European, or national guidelines that they consider appropriate (for example, the UN Global Compact, ISO 26000, or the German Sustainability Code).

Many corporate governance commentators believe that the EU corporate governance initiatives have succeeded in bringing about substantial convergence, harmonisation, and unification in corporate governance regimes among its member states (Ivaschenko and Brooks, 2008). However, some commentators doubt whether this is true. They argue that Swedes still have multiple voting rights, the Spaniards still worry about the inability of shareholders to respond to explanations, the Germans still have two-tier boards, and the United Kingdom allows votes on related-party transactions, which the rest of the EU does not.

The problem for the European Commission has been to design a single system against a background of widely differing legal traditions and ownership structures. Undoubtedly the European Union has come some way toward convergence because of the wide acceptance of comply or explain, but it can be argued that there is little agreement in many of the detailed corporate governance practices and norms, and in particular the gulf remains wide between markets with dispersed ownership and those markets with controlling shareholders. 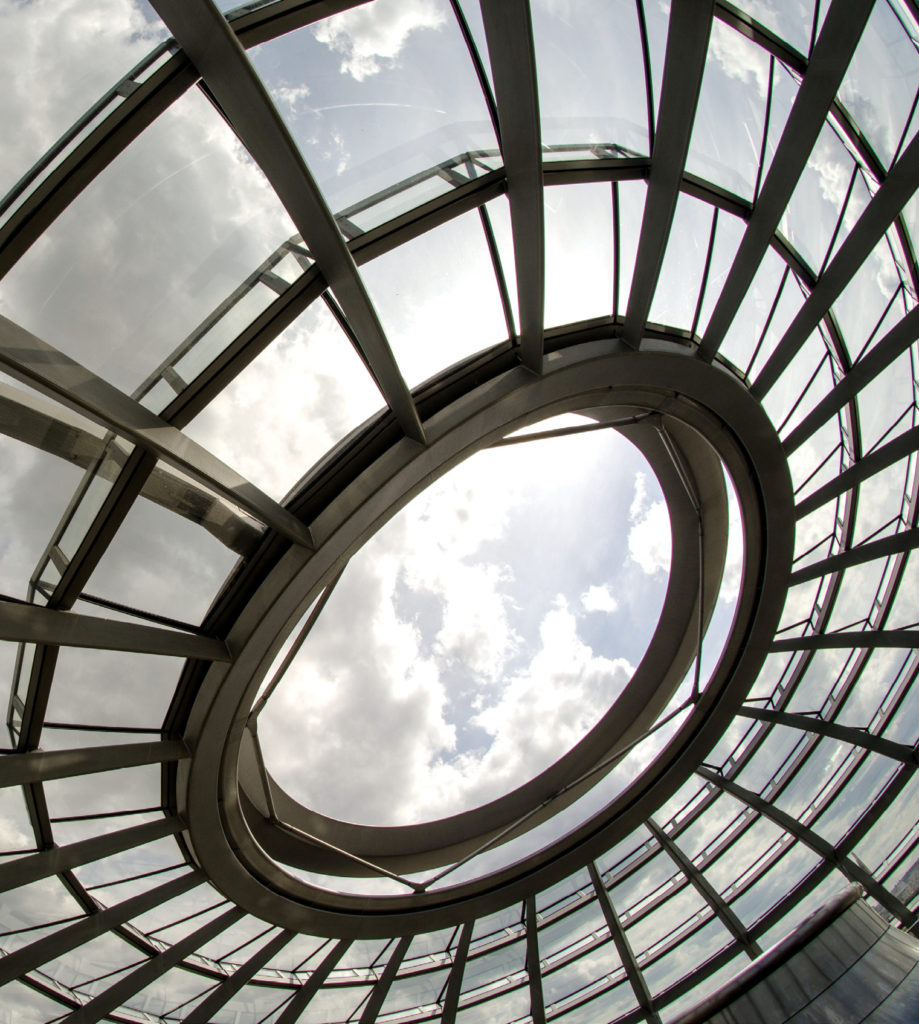 What Are the Challenges?

Yet significant challenges still face the EU in ensuring that the hard and soft laws are well absorbed and become a norm rather than an imposed requirement. The commission’s Europe 2020 and EU Action Plan (2012) are examples of long-term plans for developing corporate governance practices, increasing competitiveness, and developing sustainability among European companies. i