Legislation and bureaucracy have been sticking in the gizzard of commerce for decades. With one piece of frustrating paperwork after another getting in the way of progress, could there be a better way?

WHEN Britain first started whispering about breaking free from the shackles of the EU, few people truly understood the mounting frustrations of encountering the seemingly needless stumbling blocks of commerce quite like the UK’s business community.

As the murmurs grew louder, they would soon be heard in Brussels where, despite the often-peddled illusion of a Europe apathetic about bending the knee towards London’s remonstrance, concerned politicians were keen to get to the bottom of the gripes.

During discussions, two words stood out above all others… ‘red tape’. One man had the solution – Bavarian leader Edmund Stoiber. A staunch counteragent of bureaucracy, he picked up the challenge of his British associates and set about on a mission to ease the passage of businesses across Europe. Addressing the EU Parliament he promised a ‘bonfire of red tape’.

The fact that there was no raging funeral pyre of endless bureaucratic impediment or obstructive officialdom is neither here nor there. As was his retirement speech in which he lambasted the EU for being a ‘legislation machine’. It all, sadly, fell on deaf ears. Just has it had done for many years.

Since Britain first bundled its way in to the EEC’s exclusive club once Charles de Gaulle – it’s unflinching jobsworth doorman appointed at the end of the Second World War – had hung up his gloves, it found its way barred in almost every direction. To continue the whimsical ‘club’ analogy, Britain had barely managed to hand in its coat to the cloakroom attendant before discovering its way to the dancefloor was a near-unnavigable maze of red tape. The cocktail bar, the VIP room and, indeed, the bathrooms themselves were a mire of legislation seemingly designed to prevent businesses from progressing. A nation of shopkeepers, maybe, but it was fast becoming a nation of smart entrepreneurs trussed up like flies in a spider web of red tape.

For all Stoiber’s well-intentioned procrastination, nothing changed. Seemingly needless legislation across the continent was not reduced. In fact, more was introduced.

2010 was a dark time for British business. In that one year alone, Whitehall passed an astonishing 3,506 new laws – half of them were swept through under Labour’s Gordon Brown before David Cameron’s coalition came to power in May of that year promising to ‘cut the legislative burden for business’. A further 1,718 new laws were then introduced throughout the remainder of 2010, making an average of nearly 14 new pieces of legislation every working day.

It was too much for many businesses. Already in the grip of a crippling recession, hundreds of enterprises went to the wall as a direct result of simply not being able to afford to keep up with legal compliance. 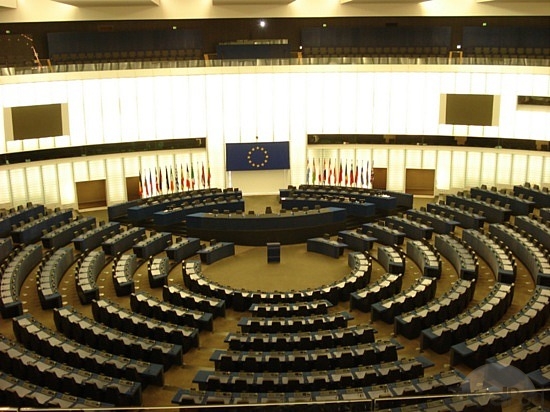 Only this year, almost 300 small businesses were forced to cease operations purely because of new VAT rules that were brought in by the European Union with the express aim of curtailing huge web companies from exploring VAT loopholes.

When Joseph Heller completed his lexicon-changing masterpiece Catch-22 he could easily have been imagining a new metaphor for the western world attempting to do business in the modern age. Captain Yossarian might be any businessman, while all governmental bodies could be played by Colonel Cathcart, as the dehumanising aspects of bureaucracy are laid bare for all to see.

But does it really have to be this way? Is there an alternative to the endless round of tail-chasing legislation that is so clearly despised by businesses?

A sideways glance at some of the celebrated Asian Tigers, or even one or two economic models from South America demonstrate that several economies have been able to thrive purely by streamlining their red tape burden. Bolivia, for instance, was once deemed to be the most paperwork-shackled country on earth. During the 1980s it had so many different levels of taxes that the economy temporarily collapsed as the wheels of its own bureaucracy fell like dominoes, unable to process its own information. After streamlining its system, backed up with some praiseworthy governance from the socialist Evo Morales, the country is now thriving.

The World Bank’s much-respected ‘Ease of Doing Business’ indicator also shows an interesting correlation between countries bogged down with paperwork, and those which enjoy smooth international trading. The WB employ simple metrics such as simplicity of paying taxes, as well as taken time to launch a business or acquire permits.

Taking top spot – a position it has held for a decade – is Singapore. Just like New Zealand, which holds on to second place, the Asian business giant has dispensed with dozens upon dozens of rules and regulations which it deemed a hindrance in the face of progress. It also explains why the city state has risen rapidly as a hub for many global brand names.

Singapore’s leaders were able to recognise that by streamlining their bureaucracy they were able to attract leading industries which, in turn, enticed some of the world’s top talent. The government also took further steps to remove any remaining red tape that might slow down the process of allowing foreign employees to easily relocate. The proof in the pudding for its success has been evident in the World Bank’s rankings.

But before there are further cries to gather wood for the resurrection of Stoiber’s inferno, the evidence doesn’t necessarily play into the hands of Euro naysayers.

While famously paperwork-free countries like South Korea and Hong Kong join Singapore and New Zealand in the top 20 countries that are an apparent delight to do business with, the likes of bureaucracy-burdened Denmark, Finland, Germany and Sweden join nations such as sixth-placed UK and USA (seventh) in the top ten.

It would seem, to the World Bank at least, that excessive legislature isn’t necessarily a huge drawback when it comes to being a commercial success. There may be an old adage that says there is nothing more certain in life than death and taxes, but perhaps we should add ‘red tape’ to that maxim, then try to imagine how much more successful we would be without it.