McDonald’s and Coca-Cola usher in new ideas to pep-up, perk-up and slim-down the customers in the queue

JUNK food has come a long way in recent days, with news of fresh meat (fresh meat!) being used in Quarter-Pounders sold in McDonald’s US outlets, and Coca-Cola planning to brew its first alcoholic drink. 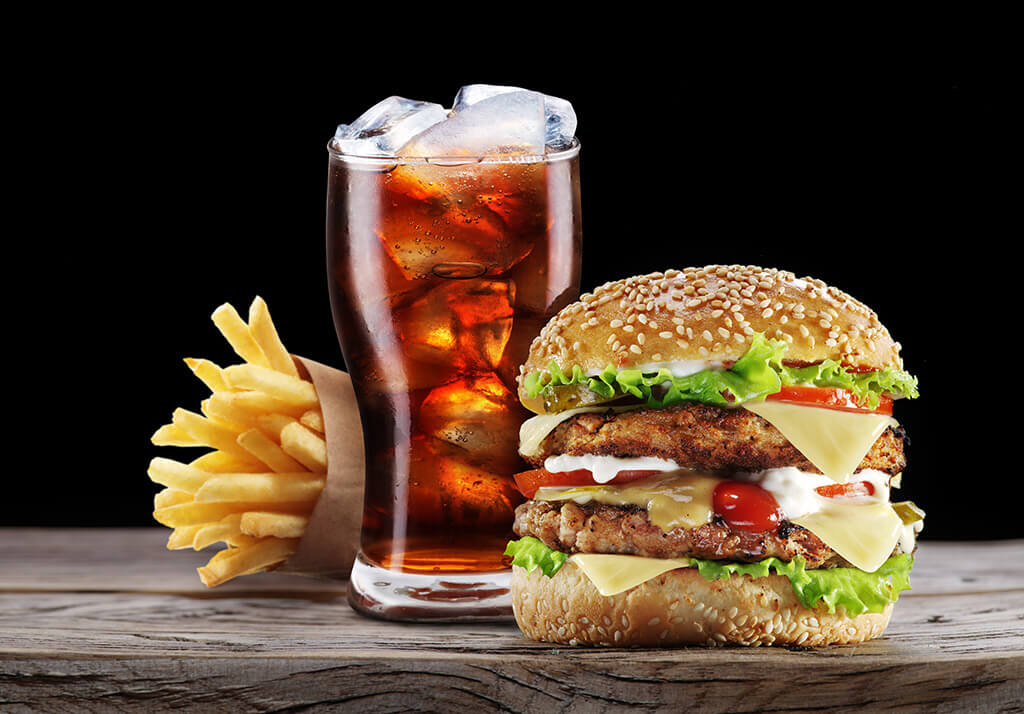 To be fair and clear, this is not to say that the beef in your McFeast isn’t fresh in terms of sell-by dates (though who knows how long your cheeseburger’s been sitting on that shiny shelf waiting for a customer). The change is that the beef will be fresh as in “not frozen”.

When it comes to the alcoholic drink, this is the first time Coke’s been interesting to many people since about 1903, when the beverage giant removed the coke from the cola and palmed us off with caffeine in a switcheroo that you’d think the buying public would have noticed straight-off.

It’s no secret that Coke and coke went hand-in-hand for decades, with 9mg of the stimulant alkaloid from the South American shrub Erythroxylum coca in every glass. A typical recreational dose of cocaine, by way of comparison, is about 75mg, so the get-up-and-go factor may have been more psychological and psychoactive. But still.

So the fresh burger patties are for American diners only, and the new alcoholic Coke, should it ever see light of day, will be sold solely in Japan. Entrepreneurs and frequent flyers, take note (although flight restrictions mean getting a few cans in your luggage will probably be a no-no unless they came from the Duty Free, and the beef won’t exactly be fresh after a long-haul flight).

A senior Coke executive in Japan was quoted as saying the move to add a shot of the local spirit shochu would be a “modest experiment for a specific slice of our market”. Concerned and conservative sections of society will be hoping that that specific slice doesn’t include teens; alcopops have in the past been widely criticised as gateway grog for young adults.

Lest Macky-Dee’s get all the credit for responsible decisions here, it must be said that Coca-Cola has made some responsible pledges of late, including a promise to recycle a used bottle or can for every one sold by 2030. The company markets 500 brands of carbonated drinks, juices and water, and intends to make all of its packaging recyclable worldwide.

The 2030 deadline is a little distant for some, with 560 million litres of the famous cola alone sold each and every day. That’s quite a build-up of trash until the new policy kicks-in, but hey, a step in the right direction and all that.

The company has also decided to cut the size of a 1.75l bottle to 1.5l and put up the price by 20p because of the introduction of a sugar tax on soft drinks in Britain. The sugar tax was announced in 2016, by the then Chancellor George Osborne, in a bid to tackle rising obesity among children in the UK.

Coca-Cola’s motivation for cutting bottle size may not be entirely altruistic, but the effect – less sugar, at least in terms of serving sizes – should be welcomed by health professionals (dentists not necessarily included).

One thing Coca-Cola perhaps failed to consider with the smaller bottle size is the probable increase in waste plastic. Volume of sales is likely to remain constant, so this initiative may be another case of two steps forward, one step back. Roll on, 2030.

In the meantime, I’ll have a Quarter Pounder with cheese, please. Oh, and call a taxi – I want a Coke as well, so I’d better not drive.