It was all about fintech at the Gibfin conference on the Rock in the closing days of February. HAL WILLIAMS was there to meet some of the movers, shakers and shapers of an emerging world

IF THERE was a buzzword at the Gibfin conference held recently in Gibraltar, it was Ecosystem. 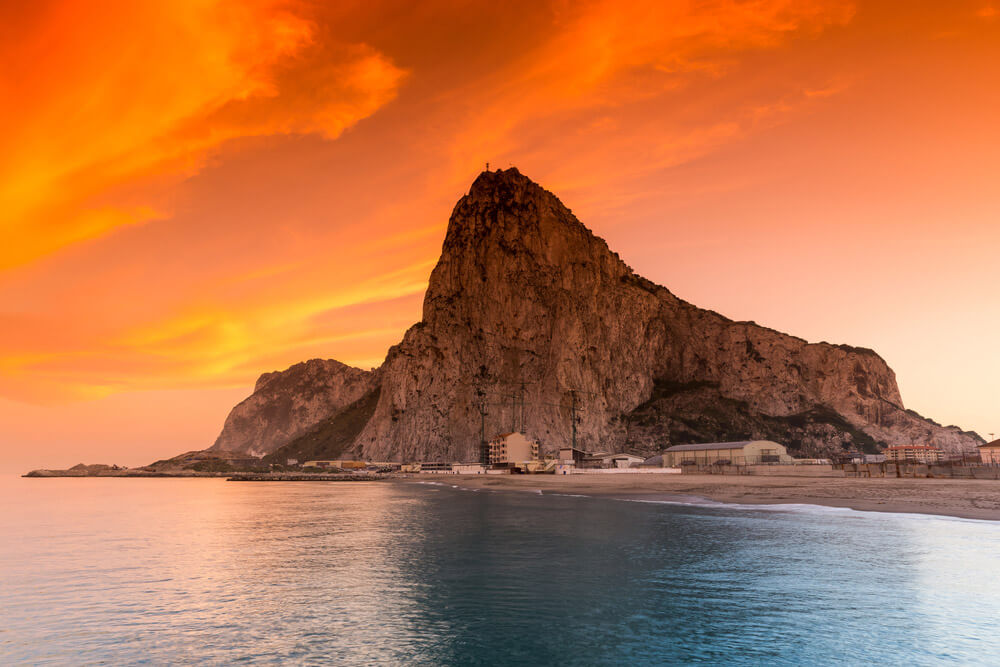 It’s not a bad choice of term for the vibrant, enticing and sometimes sharp-toothed world of fintech. The dictionary definition of the word ecosystem – “A biological community of interacting organisms and their physical environment” – pretty much sums it up, especially if you replace the word “physical” with “virtual”.

Like any ecosystem, it’s many-tiered, interconnected, impossible to predict and familiar to specialists alone – but the tiny tax-haven of Gibraltar is boldly striding into this biological community with the aim of being the most efficient organism on the block.

The Rock hosted the Gibfin conference at the luxury floating Sunborn Hotel from February 28 to March 1. Gib clung to its British link with some tempestuous weather, but there was a generous Gibfin courtesy tab at a neighbouring Irish pub, lashing rain to coax us all in, and hey, look, they have Guinness on tap. It didn’t feel like your average financial conference from the word go: no fuddy, no duddy, just drive and dynamism, networking and information exchange.

The marketing director of the Gibraltar Stock Exchange (GSX), Phil Young, told me the overseas territory was properly prepared for its foray. It has Distributed Ledger Technology (DLT) legislation in place to become the first global jurisdiction to provide a proper regulatory framework – and official licencing status – for companies involved in the crypto industry.

Gibraltar’s main concern from word go, cryptocurrency owners among you will be glad to hear, is investor safety. Proper safety requires regulation, Gibraltar wisely reasoned, and as from January 1 this year that has been taken care of.

GSX director Nick Cowan said he saw 2018 as “the Year of the Regulator” and echoed Young’s message: “It’s mainly about investor protection. Gibraltar has the (regulatory) framework in place, and the landscape will be driven by regulators. People will come to Gibraltar because regulators understand the business.”

This new ecosystem is already a place of uncharted waters, myths and mysteries, so regulation was a no-brainer. Bitcoin has been sending thrills up the erect and proper spine of traditional banking for a while now. Suddenly finance is anything but dull, and the whole world is interested in which banks, and bankers, and countries, and cultures are embracing or demonising it.

Investors and start-ups are flocking in to find a foothold on the Rock. Experts in blockchain’s many applications, specialists addressing the community’s security concerns, ICOs hoping to take advantage of the growing momentum, entrepreneurs, token offerings, guides for emerging investor technology: they were all at Gibfin. Acronyms like DLT, GSX, and ICO were bouncing off the walls of the Sunborn’s conference rooms. Some attendees were big fish. Some were tiddlers. The drive, energy, expertise and enthusiasm of all of them was impressive.

I met many interesting people and, of course, failed to catch up with many more. It was a bit like a music festival, where you miss out on a headline act but find yourself blown away by something obscure you chance upon at the acoustic stage.

One of the obvious starting points was Gibfin sponsor Lendo, which is working with FCA regulated lenders in the UK who will take selected cryptocurrencies as collateral for fiat currency, and claims a “first mover” advantage.

Lendo CEO David Honeyman said the volatility of cryptocurrency was taken into account in setting up the system in Gibraltar. “I think everyone’s worried about a crash (of Bitcoin) from one of the crazy peaks,” he said. “In December at one point it reached about $20,000.

“I think 2018 will be the year where cryptocurrencies are less volatile.”

Mining was a concept that cropped up several times in the conversations I had. Not mining for Bitcoin, but for data – described by Christian Lange, founder and CEO of German data-mining company Opiria, as “the oil of the 21st century”.

“What we do is build a globalised, decentralised hub which allows people to sell their own personal data, to monetise that,” he said. “It’s a marketplace.”

Lange says the industry has an annual revenue of $250m, and a growth rate is about 13 percent. Not surprising, then, that personalised approaches are such as his are emerging; no more surprising that he is not alone in the field.

One of Lange’s competitors is Jean-Philippe Beauded of Canadian firm VN3T, which uses machine-learning, or AI, to move ahead in the field. The company’s technology operation remains in Canada, but the core team is migrating to Gibraltar to be at the centre of things.

But not all the Gibfin attendees were crypto fanatics. David Gyori, CEO of Banking Reports, provides fintech training for bankers. “At this conference, I think there is one person out of the 400 who is sceptical about cryptocurrency,” he said, “and that is me.”

Gyori, a Hungarian, was one of those “acoustic stage” revelations for me, one of those scary-smart intellectuals who couches complex concepts into understandable terms. With a well-paced, hypnotic delivery that held me pretty much spellbound, Gyori was unafraid to take a bit of a tilt at crypto and our attitudes to it.

“Bankers are ambivalent about crypto, and as the crypto world grows with amazing dynamism and exponential expansion, the tension between traditional finance and the new crypto world is growing too.

“The big question over the next one or two years is where, when, and how this tension will be resolved.”

Most conservative, orthodox bankers, and those at the other end of the spectrum, agree regulation is needed. Banning crypto, and everything related to it, would be a mistake. Regulating in a smart way is the solution, but that needs hard work.

“This hard work has been done in Gibraltar,” says Gyori. “This makes Gibraltar unique. They have clear regulation for crypto; one can agree or disagree with it, but they have regulated ICOs, crypto, blockchain.”

“Regulation was needed after the 2008 crisis, which revealed terrible areas of under-regulation,” he said, “but there was a political overshoot; they went too far in regulating banks.

“The European Union went the furthest, the US went the second-furthest. There is more-or-less objective evidence, based on the professional assessment of global financial regulatory experts, that banks in Europe are seriously over-regulated. In the US, somewhat over-regulated.”

That regulation is strangling banks and killing corporate innovation. European banks need a bit more liberal regulation – and Gyori sees the first signs of politicians moving in that direction.

There are three things banks need to know about fintech, he believes.

“First: Internal and external innovation are both needed. Not one or the other; you have to go and find the best partners outside.

“Third: Banks have to understand that fintech is very complex. What bankers understand, currently, is that fintech is dynamic. What they don’t understand is how complex it is. I give you two numbers. I have a system (which shows) 30 categories within fintech, and 200 sub-categories. This complexity bankers don’t yet understand.”

So many subjects, so many concepts, so much emerging genius: Gibfin was so rich in content that we’ll have to leave it there for now. But BV will be expanding on some of these stories, characters and challenges, and monitoring with great interest the evolution of the Ecosystem.