YOU only get one chance to make a first impression, they say, and nothing makes a statement like pulling up to your Twitter rendezvous in a Ferrari or a Lambo.

This is especially true in countries and cultures where it’s all about appearances. In some Asian and South American nations, how you look is very often how you “are” — or at least how you are perceived by your peers.

The obvious problem, in not-so-rich petrolhead nations, is that Ferraris and Lamborghinis don’t come cheap. Fair enough if you’re a Milan designer or a Parisian aristocrat with money to burn — the whole idea is to telegraph your wealth and style.

No surprise, then, that — as with knock-off Gucci and Prada on the streets of Ho Chi Minh or Shanghai — not all supercars on the streets in 2019 are what they seem. 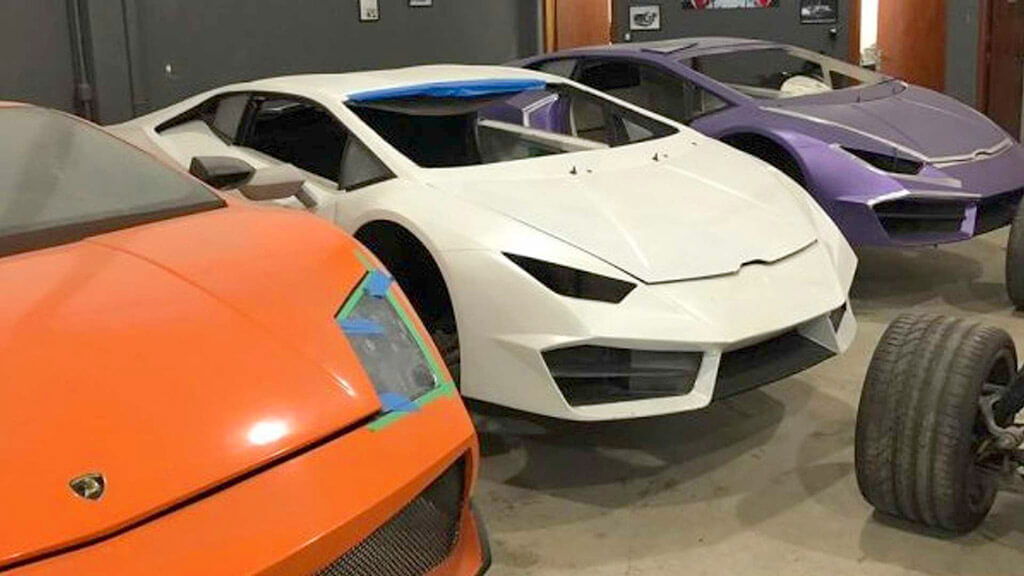 Police there have shut down a clandestine factory producing Fakerraris and Shamborghinis. Yes, doppelganger sportsters with the looks and the badges… but none of the mechanical magic. The cars were offered for sale on social media for $45,000 to $60,000 — still quite an investment, but a fraction of the price of the real thing.

The father and son owners of the workshop in Santa Catarina were arrested on “industrial property” charges. The photos provided by the police show eight rather dusty, half-built semi-supercars, with uninspiringly drab colour choices.

Officials didn’t say what sort of parts were used to build the vehicles, but the badges and accessories at least had the look of the genuine article. The raid came following a tip-off from the Italian car companies themselves, and police are investigating how many of the knock-offs were made. There could be hundreds still screeching away from kerbs outside Sao Paulo nightspots.

But is there really anything wrong with this, as long as the makers fess-up about the counterfeit nature of the vehicles? If a suitably high-performance chassis is mated with a pokey engine before being wrapped with a sleek new set of clothes, what’s the problem…?

It isn’t clear how the vehicles were advertised for sale, so it’s hard to tell if this was fraud or just bold, lateral-thinking entrepreneurism. I’d like to have a look at a finished one, out of interest.

Unfortunately, even the fakes would be out of my financial reach.