The UN’s sustainable development goal SDG10 — to reduce inequality within and among countries — is a particular challenge, as BV’s JASON AGNEW reports

THE AIM of SDG10 is, by 2030, to progressively achieve and sustain income growth of the bottom 40 percent of the population — at a rate higher than the national average.

Inequality has always been with us. In the West, many considered that we had come close to solving the problem in the three decades that followed the World War II.

On July 12, the British government announced that it would reduce its foreign aid budget, from 0.7 percent of GDP to 0.5 percent, breaking its 2019 manifesto pledge. The move had majority support; people considered that, in these difficult times, money should be spent “at home”. The difference between the two above figures is around £4bn; the government insists that the measure is temporary.

Although many have criticised it, the UK’s aid budget is still higher than those of Japan, Canada (yes, really) and the US, which allocates a paltry 0.17 percent of GDP to foreign aid.

Government figures for 2019 show that Pakistan was the top recipient in that year of bilateral aid, followed by Ethiopia, Afghanistan, Yemen, Nigeria, Bangladesh and Syria — all countries which will feel the cuts. The organisations affected include the UN’s children’s fund, UNICEF, and its family planning agency. In Pakistan, according to the International Rescue Committee, that will hit education. Nearly 11,000 girls in rural Pakistan may not be able to attend school if the funding stops. Women and children inevitably suffer more when inequality increases.

There has been good news, however. China and India have seen massive economic growth and have lifted millions out of poverty. But while major progress has been made, more than 75 percent of households in developing countries live with greater income inequality than in the 1990s. Balancing income levels must be addressed in parallel with inequalities based on disability, gender, race, and religion. Discrimination on these grounds is illegal in many countries, but movements such as Black Lives Matter demonstrate that much remains to be done. The populists who try to make a virtue out of disparity has brought into question just how enlightened modern societies really are.

Climate change is another major factor. As the United Nations University Institute for Environment and Human Security (UNU-EHS) states: “Losses and damages from climate change are not just a future risk, but a reality for vulnerable people today. Many places around the world are becoming uninhabitable because of environmental problems.”

The picture is indeed bleak, but optimism is an important virtue. We are in definite need of it in these turbulent times. 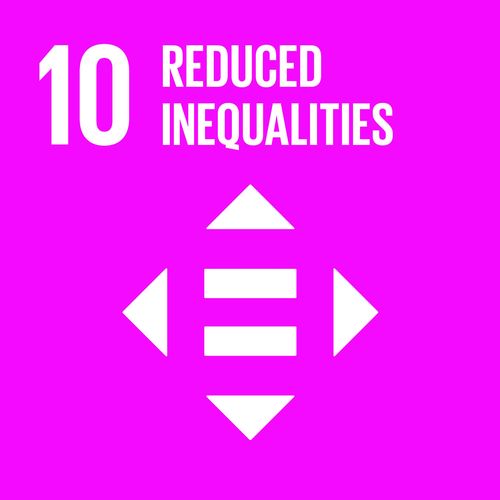