Can the advanced functional process of stringing optional commands together really have a successful business application? DARREN PARKIN finds out

THE image of Greek mathematician Euclid furiously lashing at the beads of an abacus has little bearing on any conversation you’re likely to have about algorithms. Any contemporary association of algorithmic use is almost entirely exclusive to complex computer coding. But the very presence of the algorithms in software programmes is owed to the ancient Greeks and Egyptians, who pioneered the use of mathematical scales to answer a problem. 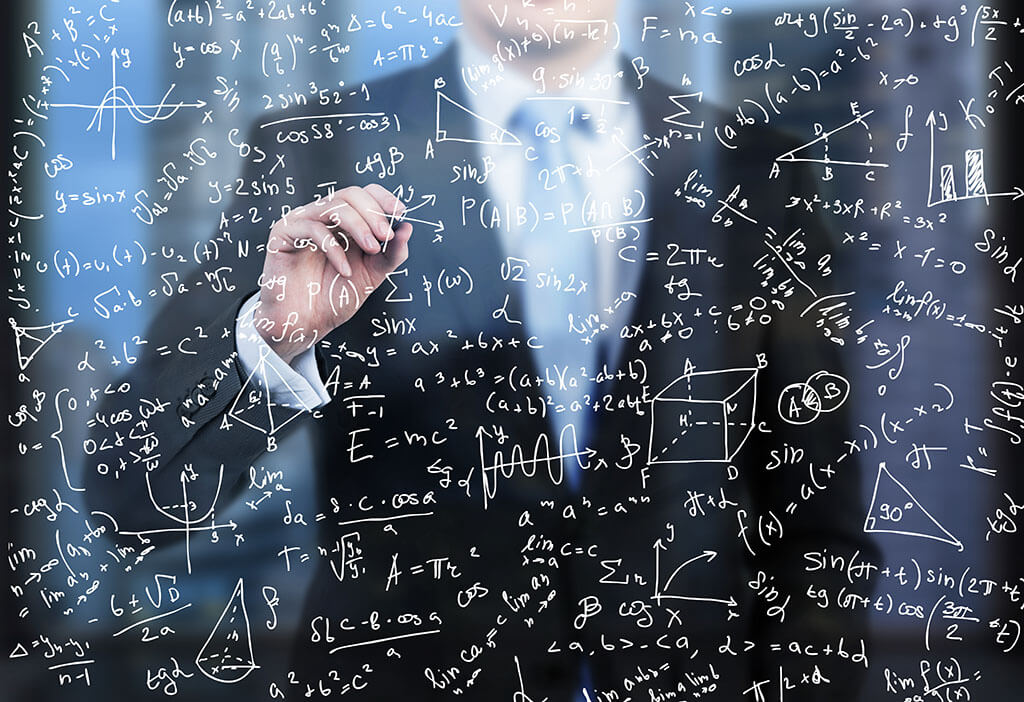 Are algorithms still useful? Well, yes. And, predictably, no. It depends upon the nature of your business and where you sit on its transaction line. But even if your enterprise relies on working between transactions, rather than needing to predict a start point or calculate a final outcome, there may still be room for algorithms.

Of course, you can’t use algorithms to their full potential without actually understanding what they are. So what are they? An answer from your average mathematician will probably say it’s an unambiguous specification of automated reasoning applied to computer science that journeys through a finite thread of problems and solutions which eventually terminate in a deterministic state.

And that would be the moment where you stare in blank befuddlement at the still-enthusiastic face of the mathematician. In layman’s terms, an algorithm is a sequence of instructions or rules that must be followed to complete a specific task. In the interest of clarity, Business Vision visited the University of Bath – one of the UK’s top five universities – to meet with one of the country’s leading experts on algorithms: Professor Chris Budd.

Algorithms help to optimise logistics, working out the best routes to move products on in the cheapest and most effective way, or optimising manufacturing processes to minimise waste. In financial markets, algorithms pinpoint the optimal time and price to buy and sell. Algorithms are everywhere. In fact, it’s highly likely that you have employed the services of one today. If you’ve searched for information on Google, for instance, you’ve used one in getting the results of your search. A similar principle is applied by retailers to identify your shopping preferences.

Other successful applications include satnavs or dating websites, both of which use a series of algorithms to either find your destination, or a perfect match, even if it does come without the element of human judgement.

“Algorithms have been used certainly since the 19th century,” adds Budd, “but it is the invention of fast computers and the availability of data which has transformed their use. “They are much faster than they used to be, they handle much more data than they used to, and they rely much more on machine learning methods which have much less human intervention and are much more complex than in the past.”

But are we using algorithms to their full potential in a business environment? “No one knows what their full potential might be – that is the problem. I see a move towards artificial intelligence, with machines making more and more decisions without human intervention and/or understanding.”

But without that element of human judgement, does that mean the future is fraught with danger? “Very much so,” says Budd, “and we need to have a major debate about the use of such algorithms.”

What makes this angle of the modern algorithm story so alarming is the fact that the video was created using freely accessible software and open-source code that anyone with the proper training could assemble.

Machine learning, as it is known, is on the brink of a raft of breakthroughs that could change the way we use computers and, in turn, the way we do business. There are many areas where algorithms can be applied as a force for good in the business world, but every path to those goals will be strewn with the traps of greed and wrongdoing, which is why Budd and experts like him are calling for wider discussion over the ethical implications of algorithm use.

* The University of Bath will be a hosting a special semester on ‘The Ethics of Machine Learning’ in February 2018.