A GROUP of International business management students from the Fontys University of Applied Sciences in the Netherlands was recently given the task of company analysis.

The (anonymous and possibly sweet-toothed) students opted to study Tony’s Chocolonely, a Dutch company – and shared their findings with Business Vision. 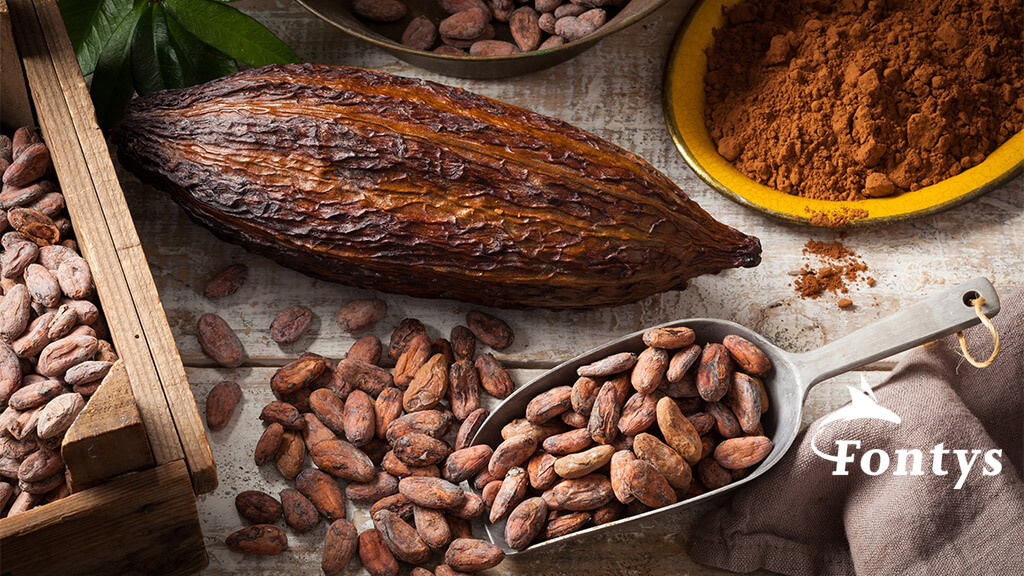 The students have succeeded in raising the company’s profile, thanks to its commitment to human rights and the environment.

Tony’s Chocolonely has been built around the central focus of ensuring its confectionary is untainted by slave labour, a recognised and troubling problem in the cacao farming industry. (All chocolate, incidentally, comes from cacao; cocoa refers to the powder that lines supermarket shelves and is used in cooking and hot drinks. Cocoa is created by applying heat to raw cacao, a process which destroys some of the beneficial nutrients.)

“Things are shared unevenly in the chocolate supply chain,” notes the Chocolonely website. “The chain starts with the millions of farmers that produce cacao and ends with the billions of consumers that enjoy chocolate. But what about the bit in-between?”

The bit in-between is the problem – and the moral triumph of Tony’s Chocolonely. The students chose to evaluate the company because it sets an example by having a major motivation other than profit: slavery-free chocolate production.

The international market is dominated by a group of “chocolate giants” that profit from keeping the cacao purchasing price as low as possible. “As a result, farmers are forced to live in poverty,” says Tony’s, “leading to child labour and slavery.”

The Dutch students produced a short video as their university assignment, featuring an interview with farmworker Kam Sami Felix, aged 16, who worked 1999 to 2003 on a cacao plantation. He told the interviewers he wasn’t paid during that time, and was forced to work.

Tony’s Chocolonely is right behind workers like Felix, supporting him and his colleagues by applying five main principles: traceable beans, higher prices for the farmers, investments for growth of the corporation, working for long-term, and the aim to improve quality and raise productivity.

Beans for ethically sound confectionary are mainly sourced from farms in western Africa. Tony’s Chocolonely makes at least three visits per year to farms to verify that working conditions meet the company standards.

It pays farmers a Fairtrade premium and a “Tony’s bonus”, all of which means Chocolonely pays 25 percent more than other companies for the same amount of cacao beans. This goes to agricultural training courses and new nurseries for cacao trees.

The company works directly with 5,420 farmers to check farm workers and harvesters are healthy and not working under harsh conditions. The company offers them a five-year contract so they can calculate future revenue and plan ahead; the knock-on benefit for company is knowing that its supply is reliable.

Tony Chocolonely’s market share to October 2017 was 16.7 percent of total revenue of all chocolate bars sold in Netherlands supermarkets; it has seen a 35 percent growth over the previous year (€44.9m revenue for the company). The company made six percent profit after tax: €2.7m.

A full 93 percent of the company’s turnover is in the Netherlands, the rest is in the US, where the concept and ethical philosophy have struck a chord with the buying public.

Tony’s Chocolonely is still taking on those “giants”: Mars Chocolate has a 24 percent of the market (the market leader), while Nestle has 20 percent and lesser-known Mondelez International 16 percent. Mars is also moving towards fair trade, with more than 50 percent of its cacao beans from certified sources. The goal is to have 100 percent from certified sources by 2020. Nestle is lagging, with only three percent of its cacao purchase used for the Fairtrade Kit Kat bar – but since last year the company has been sourcing cocoa, sugar and vanilla through Fairtrade programmes.

The students found, in their research, that packaging was another strength for Tony’s Chocolonely. It reminded people of Roald Dahl’s Charlie And The Chocolate Factory; the young investigators also found most people were aware of Chocolonely mission, and felt brand and design help to sell the product.

Higher prices don’t count against ethically sourced cacao producers; buyers are willing to spend more for the knowledge that their sweet snack is slavery-free. The fact that there are 20 flavour options probably does no harm at all.