BV’s JASON AGNEW gives Boris Johnson a poke with a pointy stick, and considers the likely outcomes of Brexit — at this stage…

IT’S A STRANGE state of affairs when the Prime Minister of the United Kingdom compares himself to a superhero, and a bright green one at that.

Boris Johnson is quoted as saying, “the madder Hulk gets, the stronger Hulk gets”. Is he preparing us for more insanity to come (just when we thought it couldn’t get any worse) or has he outgrown Churchillian self-comparisons?

Business leaders have already expressed their fears about the effect they believe Brexit will have on the UK economy, and are naturally concerned that Johnson is on-record as having said that businesses can go forth and multiply when asked about the likely impacts of leaving the EU.

Hubris is perhaps a prerequisite for reaching the top, but in a mature democracy most leaders understand that their role is a collaborative one and that no man (or woman) is an island.

It is often claimed that every country gets the government that it deserves, but Joseph de Maistre, the Savoyard philosopher to whom the phrase is attributed, went on to say, “False opinions are like false money, struck first of all by guilty men and thereafter circulated by honest people who perpetuate the crime without knowing what they are doing.”

Self-perception is an interesting concept and in the era of reality shows it is understandable that politicians seek to be entertaining. It has worked in the past for Johnson, who won two elections as Mayor of London mostly because the voters found him amusing.

Of course, this is not a uniquely British phenomenon: think Trump in the States and Bolsonaro in Brazil.

Populism, largely missing from geopolitics since the 1940s, is reappearing around the World. Increasingly, countries are flirting with populist leaders, and that is largely due to failure by governments to factor-in the subjective happiness and trust of their citizens.

The Turkish leader, Recep Tayyip Erdoğan, has been able to exploit this by invoking the former glories of the Ottoman Empire, at great expense to the people he claims to liberate. The system works well while an economy is growing, as it has for Vladimir Putin in Russia. Both have made their electorate believe that their countries are great again. As with the UK and the US, the notion that foreigners aren’t really necessary is seductive in certain quarters, but doesn’t bear economic scrutiny.

Every part of the British economy is dependent on free movement of goods and people. There are huge structural imbalances in the UK that (ironically) the EU has attempted to address with regional social funds, and these have caused many people in depressed areas to feel alienated, and those in very wealthy areas to feel that they don’t need the EU.

Post-Brexit, the UK, as a net importer of food and medicines, will see sharp increases in prices of those goods. It may even experience shortages and chaos. If populism impoverishes the populace, it cannot survive, whether left or right wing.

Then the electorate will quickly forget that they got the government they deserved. 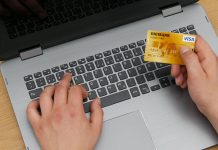 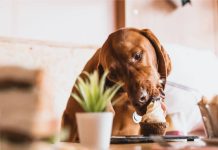 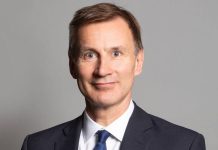 Three PMs, four chancellors, and a partridge in a pear tree…?