Do some Google research on ICOs and you will immediately hear the faint, but unmistakable, clang of warning bells. Bells that almost – but not quite – drown out the siren song of profits waiting to be made…

LET’S talk about ICOs – and let’s start with the bad news. 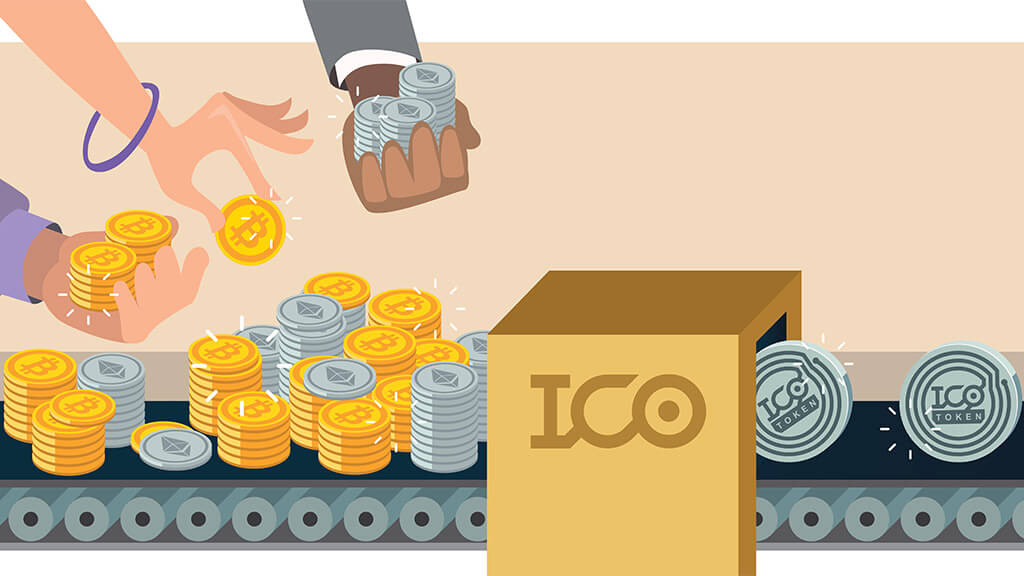 Initial Coin Offerings were all the rage in 2017. Start-ups created all manner of digital currencies, following the Bitcoin model, and sold them for Bitcoin or Ether (the coin that drives the Ethereum blockchain). These cryptocurrencies were – and are still – then sold for fiat currencies, or used as funding in their own right.

These coins can be linked to a product or a company but – big but – nothing says they have to be. And this is one of several reasons that regulators around the world continue to warn that ICOs are speculative, high-risk, ventures.

For the past eight years or so, ICOs have been funding the development of new cryptocurrencies; Mastercoin was the first, back in 2013. And ICOs are practical; they enable start-ups to dodge the regulatory hoops banks and venture capitalists are forced to jump through.

They can be used for perfectly legal activities, such as corporate finance and charitable fundraising. They can also be used for fraud. According to Cointelegraph, about 10 percent of the Ethereum network ICOs have resulted in phishing and Ponzi schemes.

Nor are ICOs a sure-fire path to wealth, for developers or investors. Almost half of the offerings launched in 2017 had failed by February this year.

Gibraltar, Britain’s overseas territory on the Spanish mainland, is keen to carve a spot for the Rock in the world of fintech and cybercurrency. But even the Gibraltar Financial Services Commission warns against ICOs, saying that early-stage financing is best left to experienced investors familiar with the project, the business plan and the products, as well as the capabilities of team.

So far, so bad. And then, this year, social media joined in.

In the first month of 2018, Facebook banned advertisements for ICOs, cryptocurrencies and binary options. By April, Twitter, Google, and MailChimp had followed suit. Japanese platform Line, and the Russian platform Yandex, have brought in the same prohibitions.

Towards the end of last year, there were about 50 coin offerings being made every month, regardless of all those calls for caution. With that amount of buzz, there has to be honey, too. And there is – for some.

At the time of writing, Ethereum is the leading blockchain platform for ICOs, with more than 80 percent of the market share. (Tokens are generally based on the Ethereum ERC20 standard; ERC stands for Ethereum Request for Comment, and 20 is the number assigned to that request). Ethereum’s distributed computing platform removes risks inherent in using contracts.

By the end of 2017, ICOs had raised almost 40 times as much capital as they had raised in 2016 (impressive, but that is less than two percent of the capital raised by IPOs, or Initial Public Offerings).

In May last year, the ICO for web-browser Brave generated $35 million – in less than a minute. Just 30 seconds, to be precise. Filecoin was the highest-grossing ICO, raising $257 million – and $200 million of that came within the first hour.

In September last year, messaging app developer Kik raised venture capital through an ICO. This was an unusual move; Kik is an established business. It’s been around for the best part of 10 years and – with more than 15 million monthly users – it’s valued at more than $1 billion. It could have raised venture capital in more conventional ways, but the company decided to go with an ICO. And Kik raised nearly $100 million in one of the most successful ICOs in history. Kik was one of the first major companies to enter the blockchain world, but it’s unlikely to be the last.

Investors should get involved at the pre-ICO stage, where fund-raising targets are usually lower and tokens are often sold at a lower price. Many ICOs offer a bonus to early investors. The minimum investment for the LiveEdu pre-ICO, for example, was $3. But by investing $50 or more, investors qualified for a bonus of at least 25 percent.

Tokens received from an ICO can be traded on exchanges for other cryptocurrencies or cash; consider selling a third of your tokens to recoup your initial investment.

Last, but not least, sit tight. Hold onto the remaining tokens for a few months before thinking about selling again. Cryptocurrency markets are notoriously volatile, so this is the tricky part.

Always research the ICOs you plan to invest in. Get to know the product offering, the whitepaper, and the company, before getting stuck in.

Good luck; let us know how you get on…