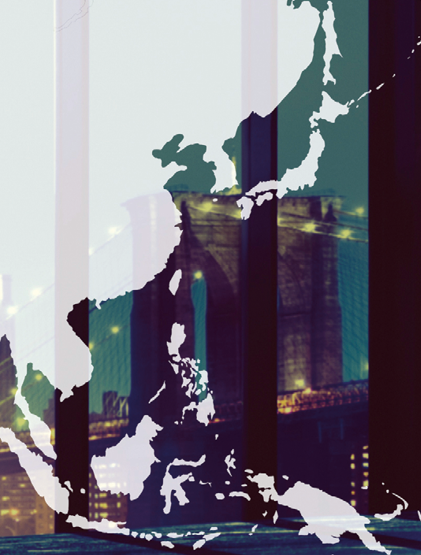 Political disruptors have, once again, become fashionable – and popular. They always do when societies grow tired of business as usual and politicians that fail to inspire. In Europe, the Middle East, the Americas – in fact all over the world – people are clamouring for change without worrying too much about its direction. It is enough for a politician to promise a break from established convention to stand out and get elected.

The Arab Spring may have fizzled out, though its underlying causes remain largely unaddressed, elsewhere voters are eager to push for a departure from the old: Trump makes waves in the United States promising to Make America Great Again without telling how; Marine Le Pen in France wants to pull her country out of the European Union and, preferably reverse immigration; Geert Wilders in The Netherlands peddles an even more radical line than Mrs Le Pen’s; while in South Africa dissatisfaction is brewing against President Zuma and his cronies who have pillaged the nation. The Economic Freedom Fighters (EFF) of Julius Malema is already the third largest party in both houses of the South African parliament, propagating a revolutionary socialist agenda that would have caused even Lenin to blush.

Meanwhile in the United Kingdom, political disruptors captured the votes and carried the day, only to scurry off the stage, abandon their supporters, and leave an unholy mess behind. In twin acts of supreme political cowardice – or cynical self-interest – both Boris Johnson and Nigel Farage, the enfants terribles responsible for the Brexit vote of June 23, refused to follow up on their slim victory, recognising that they had no clue as to what to do next.

Now that Humpty Dumpty was pushed off the wall, all the king’s men have mounted their horses for a quick departure from the scene of the crime. Nobody is left to put Humpty Dumpty together again.

Nobody, that is, but Andrea Leadsom, as elegant looking as conniving. Mrs Leadsom fancies herself a Thatcher 2.0 – a well-spoken lady of iron – and quite capable of successfully extracting the UK from the European Union. In yet another sign of the impoverished times, it took all of two days for the British press to unravel Mrs Leadsom’s curriculum vitae – a bloated collection of misleading statements, outright lies, doubtful accomplishments, and wishful thinking.

And that is the problem with political disruptors in a nutshell: Most know what it is they do not want, yet precious few of them propose realistic solutions to concrete societal issues. However, Mrs Leadsom, a one time contender for the leadership of the Conservative (Tory) Party in the UK, is in a class all her own: she dwells in a veritable world of fancy in which others are invariably evil and must be made to bow to her will. At last Boris Johnson, the larger-than-life former mayor of London and the figurehead of the Brexit campaign, was not wholly detached from real life and could – in his lucid moments – produce original thought based on a semblance of reason.

Outside the UK, now pitied in continental Europe for suffering a momentary lapse of reason, political disruptors are faring increasingly well too. Donald Trump is shaking up public life in the United States with a xenophobic macho platform. Appealing to latent base feelings, Mr Trump merrily proposes building border walls, expelling millions of non-white aliens, and nuking any foreign nation that happens to be caught in his crosshairs.

The man is, as such, a walking time bomb. Though his chances of actually winning the US presidency seem comfortingly slim, Mr Trump’s mere appearance on the scene pushes the entire political stage to the right, forcing less radical contenders – essentially everybody else – to cater to the concerns of voters hell-bent on doing away with reason.

In early July, French newspaper Le Figaro cautioned its readers against emulating the British. It is perhaps best, the paper suggested, to take a cue from the Spanish who ultimately shied away from the populist route and decided to keep a moderate government in power. Amongst the countries that, so far, have managed to withstand the Siren call of demagoguery, Germany stands tall. Governed by mostly non-grandstanding politicians who seek to do right rather than to disrupt, Germany has become Europe’s anchor to which a number of lesser and more agitated powers remain tethered.

Pushing the political envelope may indeed please voters hankering after change but disruptors usually only push a single issue – say, immigration – which is then reduced to a simplistic yes/no proposition denuded of any detail or subtlety. Such a perfunctory treatment of societal questions that are often highly complex and multifaceted does not bode particularly well for the future.

Not to put too fine a point on it, most political disruptors have caused much violence throughout history. Arguably, Mao, Stalin, and Hitler were the greatest disruptors of the last century. In the course of ushering in their brave new worlds, they jointly killed an estimated eighty million people who, presumably, stood in the way of modernity and had to be cleared from its path.

For all its accomplishments, the French Revolution was a rather bloody affair as were the colonial conquests that preceded it: the populations of entire continents were almost wiped out in the name of progress, enlightenment, and a holy book. All very disruptive, and deadly.

Disruption in politics is nothing like its counterpart in business that keeps corporations on their toes and provides consumers with goods and services that not only competitively priced but also of superior quality and convenience.

Whilst there is something to be said for the voters’ inclination towards the new, untried, and untested – a bit of adventurism does seem healthy to public life – revolutions seldom achieve the intended result and cause, more often than not, untold suffering in the peoples affected by them. Be careful what you wish for should, perhaps, be emblazoned in bold capitals on all ballot papers – not unlike the warnings on packs of cigarettes.