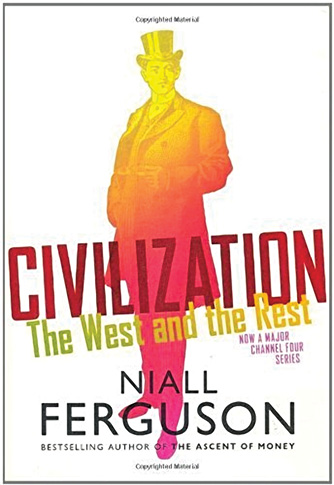 In much the same way Marxists internationalists held on to the belief that the workers’ revolution would sweep the world before it, today’s neoconservatives are convinced theirs is the only way forward. In this, neocons are but the most recent incarnation of the French Jacobins who considered liberty, equality, and fraternity the universal values that would create a new man devoid of superstition and given to pure reason. Today’s neocons may not emphasise equality and fraternity as much as the Jacobins did; they nonetheless are firm believers in freedom as defined by the American Founding Fathers – or so they say.

Curiously enough, neoconservative philosophy differs significantly from its real life applications. The classical liberalism of the 1689 English Bill of Rights and the 1788 US Constitution – both documents calling for small government and eschewing imperial practices – has become the preserve of exotic libertarians, a near-extinct species dwelling on the fringes of the political landscape. Neoconservatives, solidly embedded in mainstream politics, prefer to think big: big government, big military, big nation-building exercises, and big brother-like surveillance.

British historian Niall Ferguson (51) is a reluctant neocon who prefers the epithet “doctrinaire liberal” to any other bestowed upon him by critics. A liberal right-winger, Mr Ferguson remains an unapologetic and committed believer in the gospel of free markets, individual rights, and assorted enlightenment values. He wholeheartedly approves of any and all military expeditions aimed at spreading the word to regions still marred by ignorance and darkness. Thus it is that Mr Ferguson considered the US attempts at nation-building in Afghanistan and Iraq worthwhile ventures undertaken by a power intent on promoting freedom and reason. Invariably, the good guys hail from the West.

Armed with this conclusion, Mr Ferguson embarked on an investigation to trace its roots back to the dawn of history in his book Civilization: Six Ways the West Beat the Rest (ISBN 978-1-8461-4273-4). Written for the benefit of those only partially versed in contemporary history, the modest tome aims to distil a formula for success – the power to gain prosperity – from the accomplishments of Western powers.

According to Mr Ferguson it all boils down to six “killer apps” that Western nations managed to “download” in the 1600s and used to impose their will on the wider world. The most important app concerned a fragmented political atmosphere that encouraged competition and rewarded excellence both between and within nation states. Another app provided for open inquiry into nature and the unencumbered pursuit of science while a third one combined higher labour productivity with increased returns on investments ensuring the rapid accumulation of capital with which to finance ever more ambitious business ventures.

Deployed in unison, Mr Ferguson’s killer apps gave rise to the vast overseas empires of Great Britain, France, and The Netherlands. Interestingly, Mr Ferguson seems to imply that European powers only rose to greatness in the early 1600s. Before that, the continent barely registered with the work of Greek philosophers and mathematicians, and the Roman Republic failing to have much of an impact. It is as if in Mr Ferguson’s reading of universal history Euclid, Archimedes, Seneca, and Virgil – and countless other brilliant thinkers – never constituted more than footnotes.

None of the killer apps identified and dissected are concerned with the arts. The poems of Ovid and Lucretius are passed over, as are Dante who placed vernacular literature on par its biblical and classical forebears and the many Cistercians, Franciscans, and Dominicans who advocated for religious heterodoxy and laboured for the laicisation of the mystical. Montaigne, Mozart, Spinoza, and Nietzsche are only briefly mentioned while others like Plato, Kant, and Luther are completely absent.

Yet, if the west can be defined at all as a distinctive and highly successful collectivist entity, it is precisely because European nations produced an almost unending stream of great thinkers and tinkerers who – perhaps unwittingly – contributed to the forming of a powerful civilization united by shared pursuits.

One wonders how others got ahead without the help of Mr Ferguson’s killer apps. China has steadfastly refused to download the plurality app yet still managed to attain a high degree of competitiveness. According to the historian the country made up for missing app by investing its resources in education, research, and development. No longer contend with being the world’s sweatshop, China upped its R&D spending by a factor of six over the past decade, doubling the number of scientists now producing almost as many scientific papers as the United States.

The Chinese way seems to undermine Mr Ferguson’s claim that Western powers will remain dominant because of their adherence to liberal values such as individual freedom and free enterprise within a pluralistic framework. The six killer apps are not as universal in nature as initially thought.

If China and the Asian tiger economies manage to prosper without embracing the full suite of Western values, how about the rest of the world? Mr Ferguson is rather dismissive of the Arab world noting that it remains recalcitrant and falls back to values not conducive to further development. This divergence – the looming clash of civilizations – seems to worry Mr Ferguson who fears that the West may fail to show the repressed masses the many benefits of its supposedly superior liberal culture.

What Mr Ferguson, however, fails to mention is that the universalising side of the Western heritage is grounded in the Age of Enlightenment which, as such, was the result of a specific historical setting that cannot be replicated elsewhere. The killer apps may have worked for European Powers but do not hold a universally applicable solution to the world’s ills. Each region will need to find its own bespoke apps. Thus, the magic bullet remains as elusive as before.