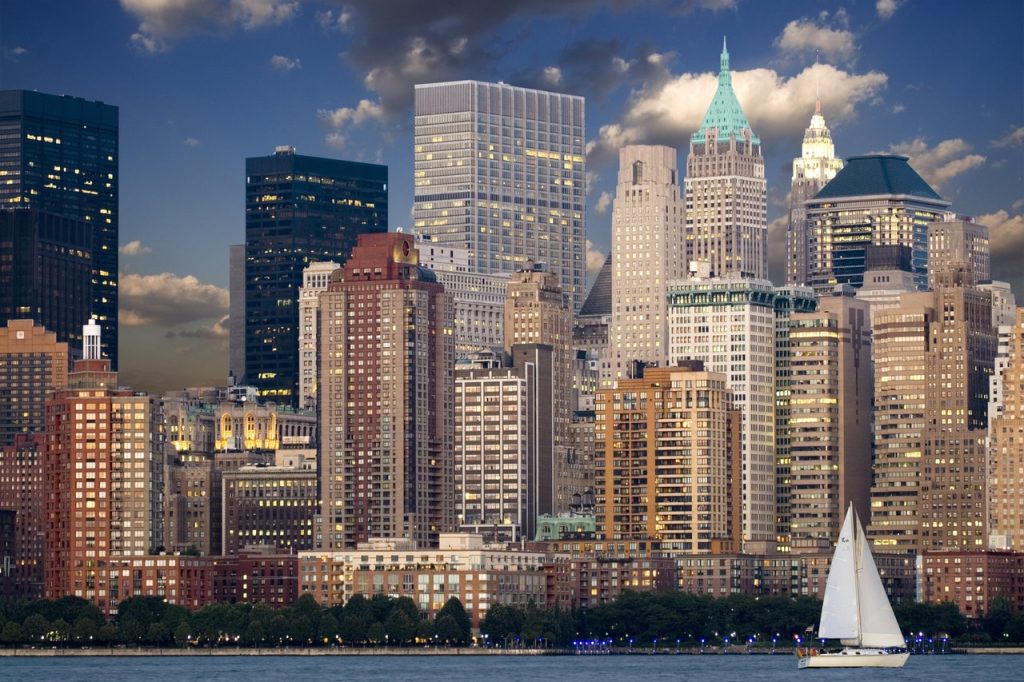 IN 1863, at the height of the American Civil War, the editor and staff of the New York Times, abandoning the adage that the pen is mightier than the sword, employed a Gatling gun to repel anti-draft rioters who were laying siege to their Manhattan offices.

Though a relatively minor incident in the war, the riots were evidence that New Yorkers were never afraid to be different from, and sometimes contrary to, their fellow Americans. Sympathy and support for the Confederate cause was considerable in New York. Many jobs in the city and state relied on the cotton trade with the southern states – and there was a genuine fear among working class New Yorkers, many of whom were recent immigrants themselves, that emancipated slaves would take their jobs.

New York was then, and still is, the archetypal working-class city. New Yorkers are pugnacious in defence of their industrial traditions, to the point, some say, of protectionism. But the city’s gritty, self-confident persona is being undermined by a growing insecurity. The big question being asked is: does New York, the world’s greatest industrial city, actually make anything anymore?

The de-industrialisation of the developed world’s big cities has been in relentless motion for decades, but in New York the decline has been bigger and faster than almost anywhere else on earth. Many believe that, far from being a natural evolution, the obliteration of New York’s myriad factories and workshops is part of a deliberate strategy.

The ranks of traditional blue-collar workers who made New York the industrial titan of the 20th century, are slugging it out with the uncompromising forces of new capitalism – and apparently losing. New York’s urban industries are being backed into a corner as the city witnesses a massive shift away from manufacturing to the services sector – finance, business services, entertainment, and, most invasive of all, real estate.

It is estimated that in the last half century more than one million of the city’s manual jobs have disappeared. At the end of the Second World War, New York’s blue-collar workforce outnumbered the professional classes by more than three to one. That situation has been completely reversed. Today’s surviving factories face tough competition from foreign imports and a severe scarcity of land which is limiting factory size – and therefore, any development.

Illustrating the variety of activities that once powered the city, the author Joshua B. Freeman, in his book, Working-Class New York, says: “In 1945 … just blocks from Wall Street, where paper symbols of property – securities, bonds, and commodity futures – were traded, there were wholesale markets for butter, eggs, cheese, tea, coffee and spices where not just the ownership of those goods, but the goods themselves were exchanged.”

Observers of New York’s plunge from those heady days believe that a succession of political leaders have been lured by the corporate dollar – deliberately supporting the development of high-rent commercial and residential development, not just in Manhattan, but increasingly in the industrial zones of the city’s other, less fashionable boroughs. This has put the squeeze on conventional, small and medium scale factories and workshops; the effect being the destruction of the city’s traditional industries in once stable neighbourhoods.

In 2015 New York’s new Democrat mayor, Bill de Blasio, made a promise to protect the city’s core manufacturing areas from property speculators as hotels, office buildings, and warehouses began to encroach on the old industrial areas. Some thought this was too little, too late. The so-called “gentrification” of places like Brooklyn and Queens is pushing up rents [which are already among the most expensive in the US], and is blamed for driving low-wage working people from their traditional urban strongholds.

Meanwhile, the suspicion is growing that the “elite” forces behind this urban revolution are tightening their grip on the city. A law enacted in New York this year prevents citizens offering short-terms rentals when they’re not in their homes and apartments. The so-called Airbnb ruling is apparently aimed at protecting visitors from “illegal hotels”, and an attempt to keep a lid on the soaring cost of rents in the city – though critics claim the law is an example of regressive protectionism, shielding the powerful hotel and hospitality industry from competition. Hotel rooms in New York are among the highest-priced in the world.

Protectionism is a word used on both sides. Those who want to see New York reformed into a city which encourages a new class of entrepreneur, whose creativity and innovation is essential to the city’s future prosperity, frequently point to the power once wielded by the city’s manual workers. The original city of skyscrapers has regularly been held to ransom by unionised activity. A strike by just 15,000 elevator operators and maintenance workers in commercial buildings in 1945, for instance, brought New York to a standstill. Faced with taking the stairs, thousands of the city’s workers stayed at home. The city lost millions of dollars in the space of a few hours.

It will come as no surprise that the leading industry in New York today is financial services, which accounts for 15% of the economy, closely followed by professional, scientific and technical services – the business-to-business firms which knit the whole fabric of the economy together. Health care, also unsurprisingly, is a major employer in both city and state, while the retail and food sector accounts for $230 billion worth of the total economy.

Manufacturing, which once dominated, comes in a poor fifth – and while still a relatively large part of the economy, is declining rapidly. In his controversial book, The Assassination of New York, the late radical writer Robert Fitch, predicted further decline.

He railed against the financial and property elites who worked to increase the value of land, driving out low-rent families and factories, replacing them with high-rent professionals and office buildings. Fitch argued that the de-industrialisation of New York was not a natural effect. He blamed the speculators in land values, and claimed that the likely fall-out from the resulting job losses would create a consumer belt-tightening which would cripple the city’s economy.

Dorothy Parker, the 20th century’s most celebrated and acerbic wielder of New York wit, once said: “New York is always hopeful. Always it believes that something good is about to come off, and it must hurry to meet it.”

Maybe New York will emerge from its difficulties with at least some of its gritty character intact, but one suspects that the metaphorical Gatling gun has yet to fire its final shot in this battle for the city’s soul.