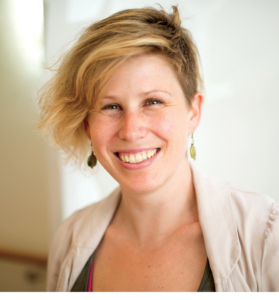 The rise of social media has transformed the way in which the world communicates. However, this can be a double-edged sword as freelance journalist, broadcaster, and campaigner Caroline Criado-Perez discovered.

Ms Criado-Perez has been prolific user of social media and highly successful in deploying it for societal change. Her campaigns include The Women’s Room, which works to ensure more women experts to feature in the media; and Keep a Woman on English Banknotes, a grassroots campaign to pressure the Bank of England to comply with the Equality Act in its selection of famous faces to grace banknotes.

The 2013 banknote campaign followed the announcement by the Bank of England that 19th century prison reform campaigner Elizabeth Fry was being dropped from £5 notes to be replaced by Winston Churchill. This would mean that women are no longer featured on any British banknote apart from the queen who is ubiquitous on the other side. Ms Criado-Perez points out that “she is there simply for the achievement of having been born without any brothers.”

The choice of faces for the new notes implied that women haven’t been historically significant enough to warrant such a tribute. Incensed by this refusal to celebrate female achievement, or recognise the importance of providing visible role models, Ms Criado-Perez launched an online petition and raised funds for a potential legal challenge. The campaign caught on and eventually the bank decided to use Jane Austen’s face on the new £10 note.

Sadly, the success of the campaign drew the wrath of misogynistic twitter users. They subjected Ms Criado-Perez to a deluge of vile and hateful tweets much in the same way other high profile female tweeters expressing strong opinions have experienced. From behind the mask of anonymity that social media offers, vitriolic and foul abuse poured in, threatening sexual violence, torture, and even death. Restraining orders, prosecutions, and short jail sentences were eventually meted out to the very worst offenders. Ms Criado-Perez’s twitter profile now pointedly says, “Please send all hate mail to your mum.”

The Women’s Room – Ms Criado-Perez’s campaign to establish a database of women experts available to talk to the media – came about in 2012 when she heard BBC Radio 4’s Today Programme use all-male panels on successive days to discuss women’s bodies and health issues.

A report on teenage girls and contraception featured an all-male panel including the headmaster of Wellington College public school. The next day, a piece about women’s experiences of tests for breast cancer again failed to include any women. Stuck by the absurdity of this, Ms Criado-Perez considered the problem: surely there were plenty of women with the relevant knowledge, skills, and experience to comment.

She found that while women are included in media coverage, three-quarters of the media’s pundits are men. Producers argue that there just aren’t that many female experts around. Ms Criado-Perez was determined to tackle this mismatch and launched a social media campaign to compile a database of women experts who would be available for media input, appearances, and assorted punditry.

The Women’s Room database currently holds around 3,000 names and is helping to counter under-representation of women in the media. Programme makers, journalists, and others can readily identify women experts on particular topics, with the result that women experts registered with the database now feature across the media every day of the week.

Ms Criado-Perez is one of a new breed of campaigning activists and thoroughly understands how to deploy social media to engage with supporters and publicise campaigns. She was included in the Independent on Sunday’s Happy List 2013 of one hundred outstanding people whose volunteering, caring, fundraising, mentoring, charity founding, or general selflessness makes Britain a more contented, supportive, better-adjusted, and happier country. In 2013, Ms Criado-Perez won the Liberty Human Rights Campaigner of the Year Award.

Her first book Do It Like a Woman, published earlier this year, contains a riveting a collection of stories celebrating women at their strongest, from campaigning against female genital mutilation and sex trafficking to being the first woman to cross the Arctic Circle alone.