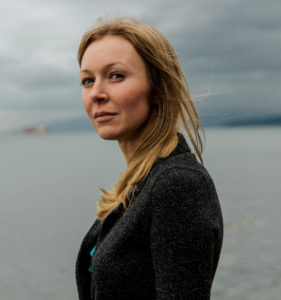 Alayne Fleischmann is a former employee of JP Morgan Chase who provided the evidence which led to a $9 billion settlement by the bank to the United States government. The Canadian-born lawyer is now unemployed while her former managers are pursuing their careers unmolested.

Ms Fleischmann started working for Chase as a transaction manager with a diligence function in 2006. Her role was to ensure the bank did not buy bad loans. Ms Fleishmann and colleagues believed that incoming new loan packages included a large number of likely defaulters and were reluctant to clear these loans. Despite expressing their misgivings repeatedly to high level staff, huge dubious loans nonetheless were approved. Subsequent events have shown that arguably massive criminal securities fraud took place.

Within a matter of months a “no email policy” was put in place, banning written communications. Pressure to approve loans, however dubious, increased. This was an extraordinary development, effectively forbidding staff from communicating and keeping records of their work. These iffy transactions were taking place during the boom years. It was the heyday of hedge fund managers’ gung-ho financial engineering, when bankers believed their own rhetoric, subprime mortgages abounded, and reckless investment was handsomely rewarded.

The regulators’ light touch did not impinge on this behaviour. In 2008, the edifice came crashing down as bank after bank collapsed, relying on government bail outs as they were “too big to fail.” Repercussions reverberated throughout the global economy.

In February 2008, Ms Fleishmann was one of a number Morgan Chase staff laid off. As was customary, she was subject to a confidentiality clause. She put the dirty dealings of the financial markets behind her and returned to her native Canada to take up practice as an attorney.

While working at a law firm in Calgary, she was contacted by the US Securities and Exchange Commission in the spring of 2012 as part of an investigation into Chase and its dealings. Later that year, Ms Fleischmann was interviewed by civil litigators from the US attorney’s office. With lawyerly precision, Ms Fleischmann provided her interrogators with detailed information about Chase’s sabotage of the diligence process, instructions not to send e-mails, bullying by superiors, and the way the bank ignored written warnings regarding risky loans.

Talks with government officials continued over a couple of years and Ms Fleishmann expected prosecution of the bank would follow. Instead, the fraud charges against Chase were cancelled and the case was settled out of court.

At first sight it may have seemed like a victory for the government. However, this is far from the case: the bank’s objective was to keep the case out of court and thus maintain secrecy. Negotiations behind the scene led to the cancellation of the charges in exchange for a $9 billion settlement. Ms Fleischmann’s evidence became a key bargaining chip for the Department of Justice. Chase agreed to pay a large fine, but there was no trial, no exposure of people and processes at fault.

This is a familiar pattern: banks have not been held accountable for their behaviour and individuals within the banks remain at their jobs and continue to receive stellar pay packages. And what of the whistle blower? Ms Fleishmann adhered to the confidentiality clause, talking only to US government officials and the regulator. However, in 2014 she was effectively outed by the government who let it be known that it had a key witness, a female employee who could testimony about Chase’s mortgage operations.

Ms Fleischmann was appalled. She had been given no warning that her evidence was a major part of the government’s case against her former employer, and she had no idea that she was about to become headline news. At the time Ms Fleischmann was looking for work, and the news effectively scuppered her chances of finding a job as it was clear from her CV that either she was working at Chase during the height of its misdemeanours, or alternatively, she was the whistle blower. Neither option improved her job prospects.

In November 2014, Ms Fleishmann went public, doing an in-depth interview with Rolling Stone and appearing on US TV programmes. “How is it possible,” she asked repeatedly, “that you can have this much fraud and not a single person has done anything criminal?”