Which? magazine reports that 5,355 bank and building society branches have closed (or have been slated to) since January 2015 — about 54 branches each month.

Lloyds, NatWest, Barclays, Santander, Halifax, Nationwide and HSBC are all closing banks. Nationwide, at the lower end, is shutting just one; HSBC will close 114 — 25 percent of its total. NatWest expects to permanently close 43 branches, Barclays 11 and Santander and Halifax five apiece. 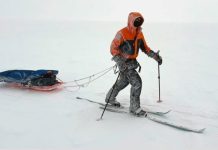