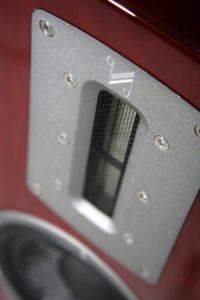 At the high-end, product quality and diversity do not go hand-in-hand. There are only so many ways to audiophile Nirvana. When no corners are cut, the result may be akin to a straight line. As it happens, that is also the way an audio amplifier ideally operates – a straight signal path with gain.

Until superconductors become a consumer reality, the closest thing to the ideal remains valve amplification. The technology may hark back to the 1920s – and was almost entirely discarded in the 1970s when semiconductors burst onto the scene – but is still widely considered without equal when it comes to sound reproduction. With vacuum valves, an amplifier may be built using only five components in the signal path (for the curious: load resistor, driver valve, coupling capacitor, power triode, and output transformer).

Though most great British brands have disappeared or are now confined to the esoteric fringe – Leak, Lowther, Goodmans, and Garrard, amongst many others – a few have survived and continue to prosper without, necessarily, succumbing to the pressures of the mass market.
Far from the Last of the Mohicans, Quad Electroacoustics of Huntingdon, Cambridgeshire, still sits atop its perch, manufacturing a modest, yet superior, range of audio equipment. Though the company has fully embraced modernity and offers state-of-the-art technology, it has also stayed true to its heritage and continues to build and sell models first designed and released in the early 1950s.

Originally created by Quad’s legendary founder Peter Walker in 1953, the Quad II series of power amplifiers was reintroduced a decade ago due to strong demand from audiophiles. It suffered no modifications apart from some cosmetic ones dictated by updated safety standards, though the range has expanded to include an integrated (pre + power) amplifier and two more powerful versions of the original Quad II – whose pair of KT66 kinkless triode valves produced all of twelve Watts, more than enough to drive the efficient speakers of the day.

Quad Electroacoustics also sells updated versions of its original QC 22 pre-amplifier – a tiny and delightfully idiosyncratic affair – and the iconic ESL loudspeaker, the first mass-produced electrostatic loudspeaker in the world and a model that represented a radical departure from the classic paper cone-based design to offer unparalleled clarity, accuracy, and sonic transparency. The Quad ESL-57, launched in 1957 and still coveted by audiophiles globally, moves sound via an ultra-thin membrane suspended in an electrostatic field.

Quad was one of only a select few high-end British audio manufacturers that managed to transition almost seamlessly from valve-based to transistorised amplification. The company’s 303 solid-state power amplifier, introduced as early as 1967 and the successor to the Quad II, sold close to 100,000 units and remained in production for almost twenty years. What made the Quad 303 special was that it utterly lacked the harsh metallic sound the earliest transistors were infamous for. In fact, no reputable audiophile will touch any kit produced in the 1960s and 1970s that contains as much as a single transistor – the sole exception being the venerable Quad 303.

Founded by Peter J Walker in 1936 with a view to produce the most accurate audio amplifier possible, Quad – then more prosaically called Acoustical Manufacturing Co. Ltd. – was bombed out of its London facility in 1941 and found a new home in Huntingdon from where it has not moved since – a testament to its corporate continuity and longevity. The company’s new name came from the rather militaristic acronym used to describe its first product: Quality Unit Amplifier Domestic (QUAD) – in other words, an amp.

It was Mr Walker who defined the ideal audio amplifier as a “straight wire with gain.” An industry legend for his out-of-the-box thinking and approach, Peter J Walker retired in the 1980s, turning the company over to his son Ross.

Whilst Quad Electroacoustics has changed hands a few times since and is now owned by the International Audio Group – which also has British loudspeaker manufacturer Wharfedale in its corporate stable – the company insists on maintaining a full inventory of parts to service any product it ever sold .

With both superior products and service, Quad Electroacoustics proves that delivering consistent quality secures enduring success. Whilst the company may represent but a blip on the radar screen of the industry’s mostly Far Eastern corporate behemoths, it has a loyal following especially amongst audiophiles in Japan where classic Quad equipment fetches record prices and an original set of Quad II mono block power amps finds eager buyers at £4,000 or more, with untampered ESL-57 speakers regularly fetching a double or triple that sum. As such, Quad kit is not unlike art: it appreciates in value over time.