Washington missed the boat on the China-backed Asian Infrastructure Investment Bank (AIIB). Both the United States and Japan declined to join the new multilateral lending institution set up by China and launched late-June. The initiative comes largely in response to the reluctance displayed by the International Monetary Fund (IMF), the World Bank, and the Asian Development Bank (ADB) – a triad of institutions the Chinese consider the preserve of Western powers – to make allowances for the country’s vastly increased economic and financial weight.

Delegates from 57 of the new bank’s founding member states gathered in Beijing on June 29 to sign the articles of agreement during a grand ceremony at the Great Hall of the People. Initially, the AIIB will operate with an authorised capital of $50bn, an amount later to be doubled. Asian countries will subscribe to about 75% of the bank’s capital with the remainder divided between sixteen European countries, Brazil, South Africa, Egypt, South Korea, Australia, and New Zealand.

Germany will become the AIIB’s largest non-Asian member with 4.1% of the shares. No country will enjoy veto power over the bank’s decisions. China has long objected to the limited veto power the World Bank awards to the United States. Together, China, and India have a 40% stake in the AIIB. Russia is the bank’s third largest shareholder.

According to Malcolm Cook of the Institute for Southeast Asian Studies in Singapore, the successful founding of the AIIB hands China a diplomatic coup of sorts: “In 2009, the Asian Development Bank calculated that Asia needs over $8.2tn in infrastructure investment to keep its economic momentum going. While multilateral financiers have been very forthcoming, the region still felt a need to set up its own supranational lending institution. China was the obvious choice for taking the lead, not least because that country will surely become the bank’s largest customer.”

In a clear sign of how fast the Chinese can get the ball rolling, the AIIB was only two years in the making. The idea for a new multilateral bank was conceived in 2013 by the China Center for International Economic Exchanges (CCIEE), a think-tank founded in 2009 by former government leaders and retired diplomats to “facilitate broad domestic and international policy discussions.” The CCIEE receives its funding from both public and private sources and is generally considered to closely toe the party line.

The CCIEE published a number of policy papers emphasising the importance to China of establishing an international bank that balances the country’s political and economic priorities. The pundits at the think-tank do not attempt to hide the fact that they see the bank as yet another tool for China to use as the country asserts its mostly benevolent influence over the region. President Xi Jinping promptly ran with the think-tank’s suggestion and took less than a year to convince 21 Asian countries to sign a memorandum of understanding, thus kicking off the procedures for setting up the bank.

Initially, both South Korea and Australia expressed little interest in joining AIIB. The Australian Financial Times reported that US Secretary of State John Kerry had personally intervened with Prime-Minister Tony Abbott to keep his country from signing up with the Chinese. A spokesperson for the US State Department later clarified that while the US welcomes the idea of an Asian infrastructure bank, it harbours concerns that internationally accepted standards of good governance and transparency may not be fully met. In the end, the Australians showed less apprehension than the Americans and decided to fully engage.

So did South Korea. Torn between its long-time benefactor and protector from across the Pacific and the awoken giant two doors down the Yellow Sea, the country chose the latter option. 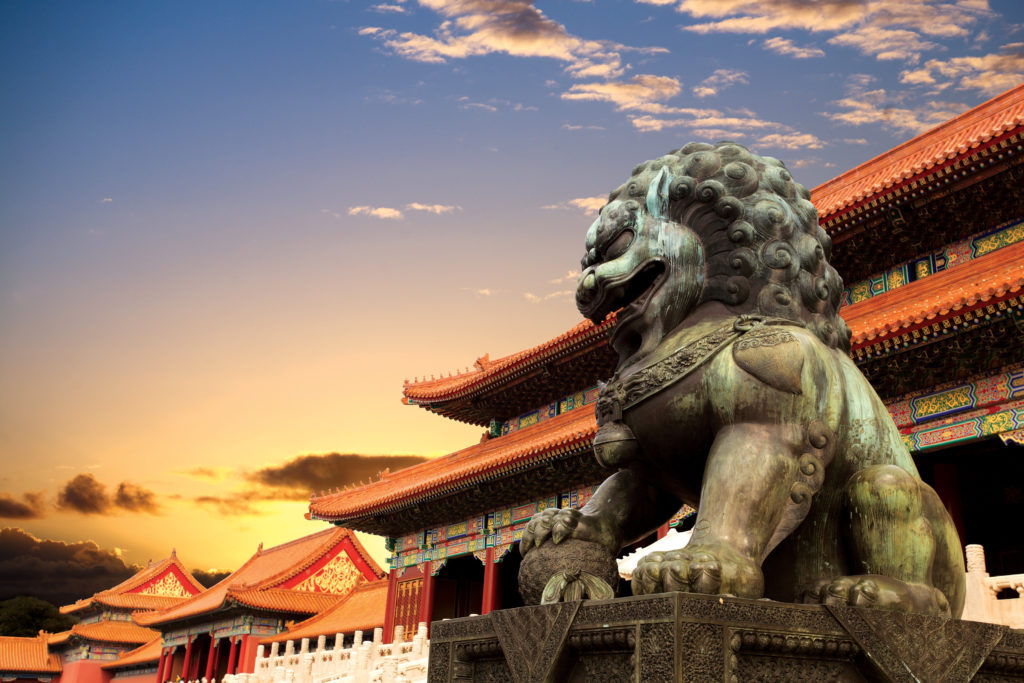 Chinese Finance Minister Lou Jiwei repeatedly assured all who would listen that the AIIB will not compromise on standards. The minister also said that the AIIB is meant to complement, rather than replace, institutions such as the Asian Development Bank and the World Bank. According to Mr Jiwei, it is expected that the AIIB will closely cooperate with existing multilateral lenders on a number of large projects. Both World Bank President Jim Yong Kim and his colleague at the ADB Takehiko Nakao told reporters that they were looking forward to working with the new bank.

Chen Fengying of the China Institutes for Contemporary International Relations in Beijing – an entity affiliated with the Ministry of State Security – says it is unfair to demand the AIIB follow the exact same rigorous standards as those employed by the World Bank and other well-established multilaterals: “AIIB is for profits. It will invest in ports, power, and railroads. It will sell bonds as well.” Mrs Fengying argues that whereas the World Bank and the Asian Development Bank offer official development assistance, the AIIB’s only brief is to promote interconnectivity and economic integration across the continent.

American opposition against the establishment of the AIIB was particularly ill-advised. The suspicion that the new bank would come to undermine the US-inspired and led global financial system is too silly to dignify with a response. The Chinese have gone out of their way to allay US fears.

Mr Liqun has given many indications that he aims to run the AIIB according to the highest standards and best practices. This also fits in well with President Xi Jinping’s flagship policy initiative – the fight against corruption and the misuse of power. The Americans could do worse than encourage established multilaterals to lend their expertise to the AIIB which seems receptive to suggestions of this nature.

The Financial Times noted in an editorial that the added competition could prove revealing inasmuch as the AIIB may be able to show the impact on project costs of the cumbersome environmental, social, and governance standards demanded by the World Bank and other like institutions. As the Chinese are not known for squandering their cash, the AIIB will probably stay well clear of risky ventures, opting instead for projects that pose limited risk while offering high returns.

By co-opting no less than sixteen European countries and foregoing veto powers, China has made sure that the AIIB will not be considered merely Beijing’s plaything but has a chance to become a respectable multilateral institution contributing significantly to the region’s development. The launch of the AIIB, and the funds committed, does not detract from mega-scale infrastructure projects already underway such as the ambitious One Belt, One Road Initiative that aims to improve trade corridors across Eurasia and, to a lesser extent, in East Africa and Oceania.

While the AIIB will most certainly play a leading role in providing financing for the initiative, the Chinese government has said that it will separately maintain its $40bn Silk Road Fund to finance private businesses involved in the execution of the projects that together are to constitute the new land and maritime trade routes. Pointedly, China has invited a number of European countries to actively participate and help establish the corridors. Hungary was the first to sign on with a proposal to build a rail connection to neighbouring Serbia. The plan promptly received both China’s blessing and financial backing.

Analysts at Barclay’s Bank earlier this year have compared the reach of China’s One Belt, One Road Initiative to that of the European Recovery Programme (aka Marshall Plan after then-US Secretary of State George Marshall) which pumped $13bn – about $120bn in today’s values – into the war-ravaged continent. That commitment was in the same order of magnitude as China’s development plans are today: $40bn in the Silk Road Fund and a similar amount in shares of the AIIB.

The Chinese, however, dislike the Marshall Plan moniker. Earlier this year, a government spokesperson pointed out that the One Belt, One Road Initiative goes a lot further than the Marshall Plan ever did and seeks to find common ground between countries of different ethnicities, religions, and cultures, “focusing on wide consultation, joint contribution, and shared benefits.”

That said, China does try to make itself as “cool” in the process as the US was perceived to be in post-war Europe. In order to sustain the 5-7% annual growth rates to which it has become accustomed, China needs to plug itself into the world’s consumer markets not as a manufacturer of Western-designed goods and gadgets, but as a direct purveyor of FMCGs (fast-moving consumer goods). In other words: China wants its domestic companies to become global brands. For that to happen, the country requires vastly improved physical access to Western consumers.

Contrary to Europe which remains hopelessly stuck in internecine bickering, China does have a vision for the future and is willing to commit its formidable resources to seeing it realised.