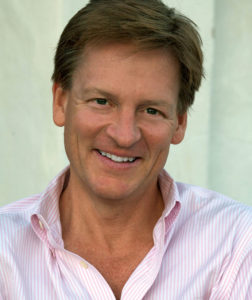 Michael Lewis has been called “the funniest serious writer in America” – the sort of contradictory label that has been pinned to the 55-year-old former bond seller turned financial journalist throughout his career.

The film version of his 2010 book The Big Short: Inside the Doomsday Machine was described as “the feel bad movie of the year” in 2015 – leaving audiences laughing and enraged in equal measure. One of its stars, Steve Carell, described its subject matter, the credit bubble scandal of the early 2000s, as “terrifying”.

Lewis has made a good living from his clever and insightful accounts of Wall Street skulduggery – telling tales of greed, panic, and stupidity which led to the global financial meltdown of 2008.

His ability to describe and translate the labyrinthine machinery operated by the men and women who turn the cogs of capitalism into accessible stories has resulted in a string of non-fiction bestsellers that makes much modern fiction look limp in comparison.

Moviemakers in search of box-office success frequently beat a path to his door; three of his fifteen books have been adapted for the big screen – and the studios own the rights to most of the rest.

Whatever aptitude he may have had for a career in finance, it was his ability to observe which turned out to be his greatest asset. Having switched codes, he became the sort of journalist who can arrive at the scene of a big story, pick through the dross, and discover threads of gold which have been overlooked or discarded by lesser hacks.

And he spins that gold into stories of such wit and style that subjects normally thought to be quite impenetrable become fast-paced thrillers. Mr Lewis, like a non-fiction John le Carré, lifts the veil on a murky world, leaving readers shaken by the alarming pictures he paints.

Michael Lewis was born in New Orleans, the son of relatively wealthy parents. Though he studied the history of art at Princeton University, he knew from an early age that he wanted to make money. His quest for a berth somewhere in Wall Street is told in his first book, the semi-autobiographical Liar’s Poker (1989). His early attempts at gaining employment didn’t go well. Rejection followed rejection – most notably from Lehman Brothers – after which he decided to enrol at the LSE (London School of Economics) and moved to Britain.

While in London, legend has it that he used his connections to get a seat at a royal banquet next to the wife of one of the managing partners of the London office of the investment bank Salomon Brothers. He sufficiently impressed the woman with his intellect to earn an interview and a subsequent job offer.

Liar’s Poker describes what he saw while working as a raw young bond salesman. It was here that he witnessed the repugnant face of finance. He was appalled by the oafish behaviour of his fellow trainees, and the often questionable nature of the work.

Disillusioned, he quit in 1988 and turned to writing. His books, whether about the world of finance or baseball (Moneyball, 2003), take incomprehensible subjects and make them intelligible to a greater audience. He recently explained that his touchstone is his mother. How could he explain credit-default swaps and collateralised debt obligations to his mother? “If (she) can’t understand what I’m saying, there’s no point in saying it,” he says.

With his ability to strip away institutional myth and legend, he reveals a terrifying truth: the guys in control of the globe’s money don’t necessarily know what they’re doing – and those who do are usually ripping it off. Of Wall Street bankers, he asks: “Where does stupidity end and corruption start?” Readers are left to gaze at an emperor with no clothes – not only is he naked, he’s incredibly stupid.

These days Mr Lewis lives in California with his third wife, Tabitha Soren, a noted photographer and television journalist, with whom he has three children. He continues to write in that lively and informative fashion which earns him many bouquets and some brickbats.

People say that the state of global finance would be funny if it wasn’t so petrifying. Mr Lewis knows it is chilling, but he can’t help being seriously funny about the whole thing.