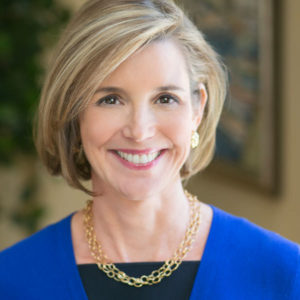 BEING ousted from a company during ‘restructuring’ is never pleasant for anyone. For many, it’s a time handed over to duvet days, crises of confidence or impulse-booking a holiday to somewhere far, far away.

Sallie Krawcheck’s experience was a little different. For a start, the blow was probably somewhat softened by the $6million tucked in her goodbye card. And she gave herself just 24 hours in which to chill out with a couple of cocktails and regroup, before getting back out there.

Krawcheck was one of the most powerful women on Wall Street before being shown the door by Bank of America in 2011. But, after her day off, she began contacting former colleagues: not to bitch or get reassurance, she says, but ‘to use the experience as a chance to learn something’.

She told them: “I am not reaching out to complain, whine, or second-guess… but to hear from you what I could have done better.”

Since then, Krawcheck has acquired ‘85 Broads’, a women’s business network, and turned it into Ellevate Network.

She had what she calls an ‘a-ha’ moment in 2005 – when she acknowledged the importance of diversity in the workplace – and in financial decision-making.

“When you’re in those corporate jobs running 1,000 miles per hour, you have x amount of time for reflection” she says.

“I always had diverse teams. But… I started thinking about what could make the industry safer [in terms of investments]. There were lots of issues. Greed. Capital.
Liquidity. I approach everything like a research analyst. And the research kept showing that diverse teams make slower decisions but more effective ones.”

In May she launched Ellevest as CEO and co-founder, a digital investment advisor (or robo advisor – though she hates that term) for women.

She pours scorn on ideas that have long being touted by some in the industry.

“Women have been told: ‘You need to work harder, you need remedial financial education, you need more hand-holding…’ she says.

“These are myths and they’re wrong.”

Krawcheck believes women are attracted to, and understand, investment in different ways to men, and is therefore approaching them differently.

It is hoped that, among other things, Ellevest will help to address the shortfall the average woman has in her retirement savings compared with a man’s. Investing has typically been by men, for men, as she sees it. With this latest venture, the plan is to empower women financially and help them reach their goals.

“It’s time to turn our attention to another gender gap,” she says. “The investing gap.” 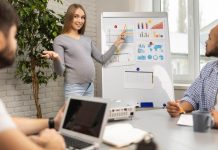 The future of women’s health in the workplace