Book Review: Elon Musk (Tesla, SpaceX, and the Quest for a Fantastic Future) – by Ashlee Vance 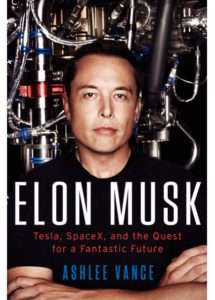 CREDIT where it’s due. When someone puts together a biography it is often stamped with their own personality. It’s a bit like discovering someone else has been wearing your scarf, – it smells funny and makes you uncomfortable for the rest of the day. Thankfully, Ashlee Vance is one of those writers who can deliver hundreds of pages about another human being without ever alerting you to who Ashlee Vance is.

And nor should he. As tragic an outcome as this situation may be for a writer, it is without doubt one of the best accolades you could receive as a biographer. But then, when you look at the devastatingly fascinating subject matter, it would be a little like sitting all the way through a Madonna concert while continuously being reminded about the person who checked your ticket. Let’s be clear, there is, without any doubt, only one star of this show – Elon Musk.

Born in Pretoria in 1971, the first thing we learn about this tome on Musk is that his childhood was utterly miserable. Vance doesn’t go into a wealth of detail about Musk’s early years, but the hints are there for all to read – he blames the misery on his father for a brutally strict upbringing that bordered on torture. It wasn’t much better for the young Musk at school either. Despite being away from the bullying he endured at home, he could not escape the bullies of the classroom.

The psychological savagery of his early years, we learn, is what set Musk up to become one of the greatest minds of our time. He is often compared to Thomas Edison, but sporting a tycoon spirit that was honed with unhappiness in his native South Africa.

He learned to code perfectly by the age of 12, then set up one of the first internet mapping companies – Zip2 – which he sold to Compaq for £15m profit in 1999. He ploughed almost the whole sum into PayPal, his biggest venture. Three years later, when ebay purchased PayPal from him, he walked away with more than $100m.

He threw it all at the two projects which are currently defining him – Tesla Motors and SpaceX. Both fascinating ventures are fixed in the gaze of the science world, as is the astonishing ‘hyperloop’ which, although only touched upon in Vance’s chapters, had its first successful test in Nevada earlier this year.

But, this is a biographical analysis – not a scientific journal. We hear more of the man behind the projects. Inexpensive spaceflight, electric cars and electro-magnetic express travel are all well and good, but the essence of this book is about finding out more about what goes on in the head of one of the most fascinating individuals of modern times.

After making £100m by the age of 30, plenty of folk would have been happy to spend the rest of their days lounging on a yacht, but, according to Vance, Musk has a ferocious drive that will never stop. He’s only 45 years old, he’s made an impressive start on changing the world so far, and there’s plenty more time to finish the job.

Tamer Group’s pioneering spirit and loyal partnerships: a force to be reckoned with 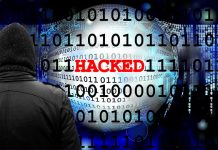