Most of us have come to rely on Google to answer… well, pretty much anything. Now economists are thanking Google for helping to answer a thorny policy question. SCOTT R. BAKER, an associate professor of finance at the Kellogg School, investigated.

FOR DECADES, policymakers have debated whether unemployment insurance provides a critical safety net during tough times, or prolongs joblessness by reducing people’s incentive to find work.

To answer this question, researchers need a clear measure of how much effort people are actually making to search for jobs. And this activity has proven difficult to track. That’s where Google’s data on search traffic came in.

Scott R. Baker and his collaborator, Andrey Fradkin, of Boston University, used data from Google Trends, the free site that analyses the popularity of search queries across regions and languages. By tracking the word “jobs”, they were able to create a new system, which they dubbed the Google Job Search Index (GJSI). 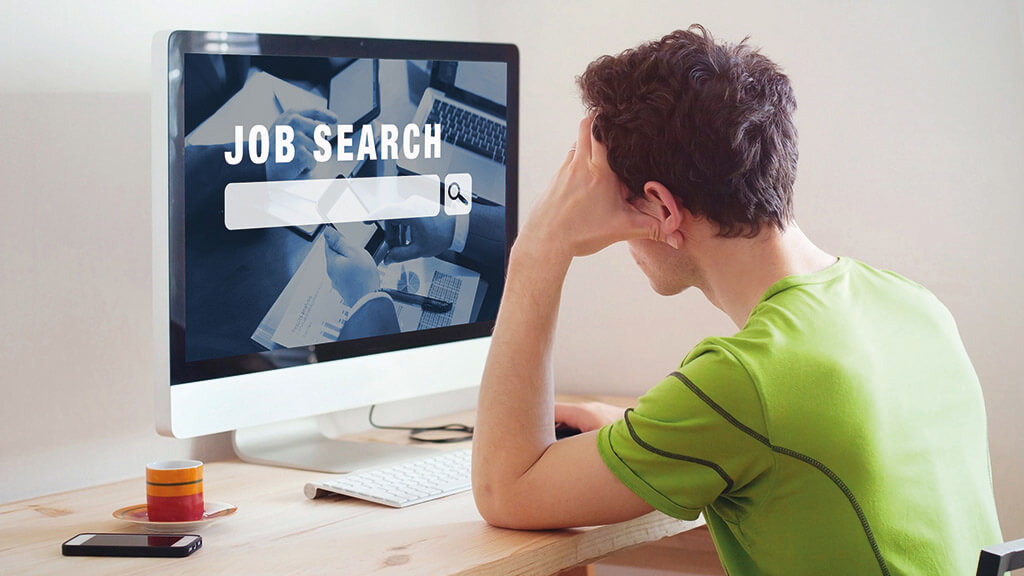 “We realised we could look at people’s job-search habits in a way that traditional government datasets had a hard time doing,” Baker said.

Pulling job-search data out of Google Trends is not as simple as, well, Googling it.

Since Google keeps the exact volume of searches for any term confidential, Google Trends results represent only the relative frequency of Google searches, set on scale of 1 to 100.

In order to estimate the raw numbers of job-related searches and ensure they were large enough to use as the basis of their study, Baker and Fradkin tapped other Google tools. Google’s online advertising tool, Adwords, showed there were 68 million monthly searches for the term “jobs” in the year preceding April 2013, which was when they started the project.

Having validated the heft of the dataset, the researchers started analysing it. They knew that the GJSI offered several advantages there.

First, the most commonly used survey to track time spent job hunting is the American Time Use Survey, a report released once a year by the US Department of Labour. Though painstakingly thorough, the survey – which interviews about 26,400 households via phone throughout the year – doesn’t focus on out-of-work individuals, so it often contains fewer than five unemployed respondents from each state per month. Google, meanwhile, provides real-time access to many millions of searches that can be aggregated across geographies. This big-data oomph lets policymakers drill down to measure changes in local labour market conditions.

The search engine’s ability to track searches for more specific queries – “marketing jobs”, for instance – meant the researchers could use it to study how people are searching across sectors, regions, and employers.

While other online platforms, such as CareerBuilder, offer proprietary data that can be useful, this information remains more difficult to access and smaller in volume than an open data source like Google Trends.

But the GJSI’s attractive qualities would not matter if the researchers could not prove the index was a true reflection of the volume of people looking for work.

To find out, the researchers compared results against those of several other data sources. This included comScore, which tracks the web-browsing habits of 100,000 consenting Americans. They found the GJSI to be a good proxy for overall online job-search effort.

Moreover, benchmarking their results against those of the American Time Use Survey and other data, they found that Google job searches fluctuated in the same way as those reported in the survey, and that a higher unemployment rate corresponded to a higher GJSI.

“That showed us the GJSI is telling us something important about the amount of time people are spending searching for jobs,” Baker says.

With its significance validated, the GJSI could now be used to address a fundamental economic question – one that was hotly debated in the wake of the Great Recession.

Do unemployment benefits present a moral hazard? Economists have argued over this since its inception during the Great Depression. “There’s always a question in economic policy that boils down to the discussion of two competing forces,” Baker says. “One is the liquidity effect, which serves to make the unemployed better off by redistributing money to people at a time when they need it. The other is moral hazard. It’s the idea that the more you support these programs, the more people will take advantage of them and not find new work.”

“There is a moral hazard story to be told here, but … the aggregate effect seems to be relatively small.”

After the recession, most states saw an increase in their unemployment benefits, from a maximum of 26 weeks to a maximum of 99 weeks. Did these more generous benefits deter people from working?

Through the Texas Workforce Commission, the researchers obtained detailed weekly records of the number of out-of-work Texans in each metropolitan area between 2005 and 2014, as well as the number of weeks of benefits people had left. They then compared weekly GJSI results for each of these metropolitan areas against the percentage of unemployed residents at each level of benefit. Their results reaffirmed earlier research showing that people search more for jobs when they have fewer weeks of benefits remaining.

In areas where the average unemployed person had fewer than 10 weeks of unemployment insurance remaining, the index revealed 66 percent more search activity than in nearby regions where people averaged 10 to 20 weeks remaining – and a whopping 108 percent more than in metro areas where unemployed people had an average of 30 weeks left.

“This makes sense: if you’re getting close to the expiration of your unemployment benefits, you’d feel more pressure to search for a job,” Baker says.

The duo also crunched data across all US states, relying on the Current Population Survey, produced monthly by the Bureau of Labour Statistics, to track the duration of residents’ unemployment benefits between 2008 and 2014. Then, by using the same method they used in Texas, the researchers found that every 10-week extension reduced total search activity – by employed and unemployed Googlers – by only 1.5 to three percent. (After all, people with jobs sometimes look for a new one, too.)

Translated, the findings mean “there is a moral hazard story to be told here, but we also show that the aggregate effect seems to be relatively small”, Baker explains. “If you’re looking to compare how much the overall increase in joblessness [during the Great Recession] could be driven by the increase in unemployment benefits, the answer is: very little.”

In addition to shedding light on this economics question, Baker says the value of the GJSI extends well beyond job-search tracking. In fact, since the research was published, other academics have cited it “who aren’t looking at job-search data at all”.

Instead, they are looking to use the same tool kit to develop other Google-based economic indices, including new ways to forecast consumer sentiment and economic uncertainty by tracking search terms such as “recession” and “bankruptcy”.

“This approach can be really useful for policymakers, because it can be much more local and granular,” Baker notes, “and they can access it without a six-month or year-long lag.”