Soon the world will celebrate the one-year anniversary of the historic climate agreement signed in Paris in December 2015. The agreement will be implemented through country-led greenhouse gas (GHG) emissions reduction commitments known as their intended Nationally Determined Contributions (NDCs), which to date have been submitted by 189 countries covering 95 percent of global GHG emissions.

Apart from signaling concrete commitments, these reduction targets also offer a clear signpost of the investment direction countries need to follow as the global economy steers towards a low-carbon, climate-resilient pathway. Estimates point to between $57 trillion and $93 trillion in new low-carbon, climate resilient infrastructure investment by 2030. How developing countries evaluate and respond to their infrastructure needs will greatly determine their ability to meet GHG reduction commitments.

Allocating funds to support these commitments poses a significant challenge, as many governments already face overstretched national and sub-national budgets. Many will be unable to meet the levels of financial support required to reach the 2° Celsius target. Amidst budget constraints and ambitious goals, it’s clear that major investment is needed from the private sector. According to the United Nations, 80 percent of the capital needed to transition to a low-carbon future must come from the private sector. This requirement presents both an enormous challenge but also a huge opportunity for the private sector to help turn these intended national commitments — NDCs into concrete policies and plans that will help spur necessary climate-smart infrastructure investments.

This holds especially true for Latin America and the Caribbean – a region blessed with natural resources that also faces daily threats and challenges posed by a changing climate.

So just how big is the investment opportunity for Latin America? It’s important to note several key trends the region must respond to in the coming years. Latin America is the world’s most urbanized region, and cities like Sao Paulo, Buenos Aires, and Mexico City house nearly 80 percent of the region’s total population, a figure that will reach nearly 90 percent by 2050. Coupled with this urbanization is a flourishing middle class – positioning the region as a star in the eyes of investors looking to build up climate-smart industries like green urban infrastructure and renewable energy generation.

Latin America is not only a hotbed for investment based on demographic demands. Country policies are growing increasingly reflective of aspirations for green investment. LAC countries are creating and revising regulatory frameworks and goals to spur private sector investment and generate more opportunities for climate-friendly business. The region is consistently moving towards greater legal security for investors, and climate change mitigation and adaptation projects will see significant investment inflows as a result. Altogether, IFC estimates the market for low-carbon investments in Latin America and the Caribbean to be $1 trillion by 2040, with $600 billion materializing by 2030. 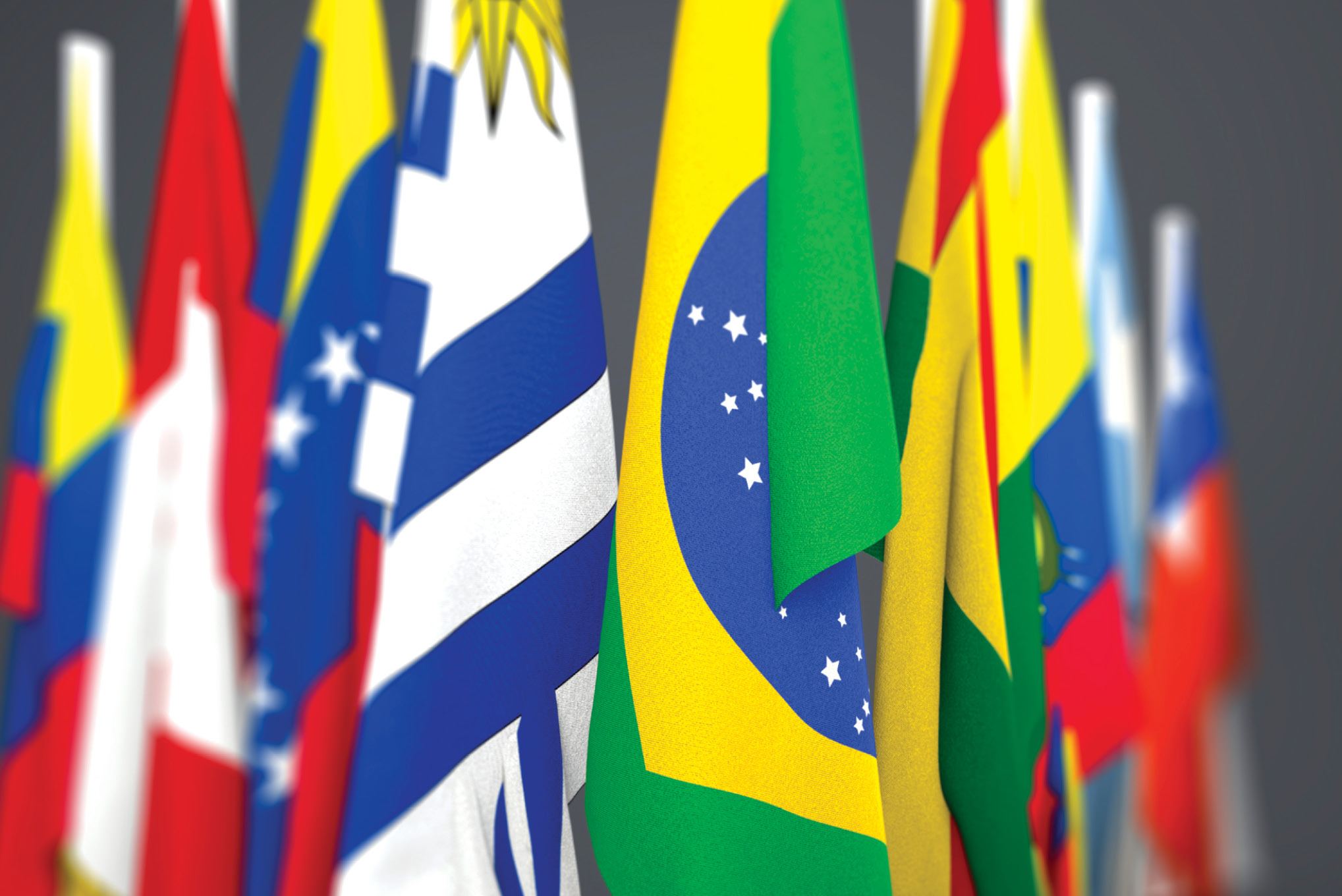 For a region that already boasts the world’s cleanest power mix, this is an incredible sum of money. According to IFC’s recently released white paper Climate-Smart Investment Potential in Latin America: A Trillion Dollar Opportunity, it is actually quite a conservative projection. IFC’s analysis focuses largely on the energy sector and thus the complete range of mitigation and adaptation investment opportunities available in the region certainly surpasses this figure. Furthermore, the first global crop of NDCs does not capture the full ambition of future climate policies. The Paris Agreement requires countries to increase the level of their response to climate change every five years so that efforts to meet the 2° C target do not bottom out and stagnate.

Stretching from the frosty southern islands of Chile and Argentina to the sun-soaked reaches of Northern Mexico, the region’s ecological diversity and resources present ample space for investment. Economically speaking, the last 15 years have been significant, with poverty levels falling and prosperity skyrocketing as 90 million people entered the middle class. The opportunity for trillions of investment is clear, and organizations like IFC are playing a vital role in supporting countries as they create environments where risk is rewarded and the private sector is enabled to do what they do best—innovate.

It was with this vision in mind that IFC recently spearheaded a regional LAC Climate Business Forum in Bogota, Colombia that convened regional public and private sector leaders to discuss opportunities in industries ranging from green buildings to renewables to sustainable cities. Colombian President Juan Manuel Santos opened the event as CEOs, business leaders, government representatives, and mayors expressed their dedication to the climate agenda and reiterated that climate-smart investing is not only good for the environment but it is also good business with healthy returns on investment.

IFC has a significant track record making climate investments in the region, among them a green-bond supported wind farm in Penonome, Panama – the largest wind farm in Central America and the largest grid-connected wind farm in the country. Right in Bogota, where the conference was held, the city’s bus system operator, Recaudo, benefited from a $176 million financing package in 2012, supporting its efforts to develop and operate fare collection and fleet management and implement real-time information technology. The financing was also IFC’s first loan to a transport payment system and is helping to increase public transportation and thereby reduce GHG emissions in Latin America’s sixth largest city.

The potential in the region is indeed enormous, but to make the most of it governments must address some key issues, including putting a predictable price on carbon to help companies shift their investments; creating favorable regulatory frameworks for industries with great promise; publishing a pipeline of climate-friendly projects to raise investor confidence; and supporting the private sector with their corporate pledges to reduce GHG emissions in their supply chains.

As a trusted partner of choice, IFC stands ready to continue supporting the LAC region in maximising investments in climate-smart industries.

Christian Grossmann, a German national, is the Director of Climate Change, World Bank Group, a position he assumed in October 2014. In this role, he coordinates IFC’s climate change strategy and product development, embedding climate knowledge and capacity in IFC’s operational groups in support of investments in clean energy, green buildings, sustainable agriculture, manufacturing, and climate mitigation through financial markets. In 2015, IFC’s total climate-related investments were $2.3 billion and an additional $2.2 billion was mobilized from other investors.

Christian has been a Director at IFC since 1998, leading a number of key positions and mostly recently managed IFC’s Corporate Strategy department. From 2002-2006, Christian was based in Moscow, Russia and led IFC’s Private Enterprise Partnership Advisory Facility, where he successfully introduced several new product lines, most notably in the financial markets, investment climate reform and energy efficiency. From 1998-2002 and 2006-2008 he served as the Director of IFC’s Controllers and Budgeting Department.

Before joining IFC, Christian held senior finance positions within Dresdner Bank Group in Paris, New York and Frankfurt. In the earlier stages of his career he worked as an international management consultant in Europe, United States and South Africa, and as a civil-engineer in France and North Africa. In 2011, he co-authored the joint report of 31 multilateral and bilateral development finance institutions, “Development through the Private Sector,” as well as a discussion note on “World Bank Group Innovations in Leveraging the Private Sector for Development” in 2012.

Christian holds a Dipl.-Ing from TU Munich, a CES of ENPC, Paris and a MBA from INSEAD, Fontainebleau. He is married and has a son.