In a world where the public at large is increasingly disenchanted and sceptical of corporate business models, the Mahindra Group proves that following business ethics is not only compatible with consistent business performance, it is essential to the process

THE STORY of the India-based Mahindra Group, a $20.7bn global federation of companies with a presence in over 100 countries, and employing more than 200,000 people, has many enviable facets.

This is a story of entrepreneurial spirit, about how a couple of young entrepreneurs emerging from a young, newly independent India, with not much more than hope in their hearts and a gleam in their eyes, set up the foundation for a vast business group. Its interests range from automobiles to agriculture, aerospace to aftermarket, farm equipment to financial services, retail to real estate, speedboats to steel processing, renewable energy to IT, housing to holiday resorts, logistics to defence — and more.

It is a story of outstanding and consistent business performance and stakeholder returns sustained over seven-plus decades, and doing business that is socially relevant in a responsible and ethical manner. The group points to its focus on the farm business, on alternate energy, on affordable housing, as examples of this business philosophy at work.

While these are impressive achievements, the aspect that the group feels is “inspirational” is the high corporate governance Its interests range from automobiles to agriculture — and many other sectors In a world where the public at large is increasingly disenchanted and sceptical of corporate business models, the Mahindra Group proves that following business ethics is not only compatible with consistent business performance, it is essential to the process standards practised across the Mahindra Group. 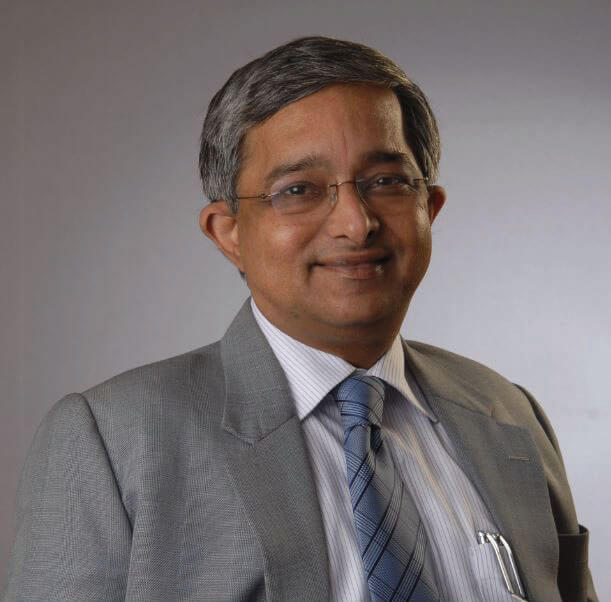 S.Durgashankar (pictured left), president Group Mergers and Acquisitions, Corporate Accounts and Group Secretarial, and Member of the Group Executive Board, says: “At the Mahindra Group high standards of Corporate Governance are a way of life. While the world is focused on the three Ps — Planet, People and Profit — we, at the Mahindra Group, believe that there is an equally important fourth P — namely the Process of strong governance standards.

“For us Planet and People are the Purpose providing the reason why we do business, and Profits and Process (governance) are indicative of how we do business at the Mahindra Group.

“We now live in a world plagued by scams where we are constantly bombarded with news regarding the lack of morality of those in public life. This has led to the unfortunate situation where the public at large views corporate morality with plenty of scepticism.

“Now, more than ever, it is critical to demonstrate that the words ‘ethics’ and ‘profits’ are not mutually exclusive. We, at the Mahindra Group, take immense pride in the fact that the group focuses on socially relevant businesses, in a responsible manner, with complete adherence to the highest principles of governance, and has provided consistent and outstanding returns to our stakeholders over decades.

“In an increasingly materialistic world where making profit takes precedence over the manner in which such profit is obtained, it is important to have role models that prove that following the ‘right means’ would lead to the ‘right end’. This is an important lesson that is the need of the hour for the corporate world.

“It was Wilhelm Reich who famously said ‘You think the end justifies the means, however vile. I tell you: the end is the means by which you achieve it. Today’s step is tomorrow’s life. Great ends cannot be obtained by base means’.

“The revered Mahatma Gandhi once implored: ‘Will you still say that the means do not matter?’ The inordinate emphasis in society for the acquisition of material gains, across the world, has led to the sorry situation where financial success is considered to be the ‘be-all and end-all’ — and indeed the very purpose of life itself — leading to such success being sought after, at any cost, thereby relegating the rule of law and sense of fair play to the societal dustbin.”

Durgashankar said the foundations of a society are built on the principles of adherence to law and fair play. “Rampant disregard for these principles would result in the institutional pillars losing their credibility in society at large and would rip apart the very fabric of society,” he said.

“In order for society to regain its respect for the law and sense of fair play, and for social and corporate institutions to regain their credibility, it is crucial that we celebrate the stories of success where such success is achieved with scrupulous adherence to the principles of law and fair play.

“This is why the inspirational story of the Mahindra Group offers hope that achieving material success is possible even while scrupulously treading the path of strong Governance practices.”

On the question of Compliance versus Governance, Durgashankar said: “Though compliance is an essential ingredient for good governance, there are distinct differences between the two. Compliance is all about performing the act of complying with the laws and regulations of the land, and by its very nature is transactional and action oriented. While needing to be executed across the company it needs to get much more focus at the bottom of the organisational pyramid.

“On the other hand, governance is more a strategic thought process and needs to be exercised at all the key decision points across the organisational structure, and hence resembles an inverted pyramid, with greater emphasis at the top rather than at the bottom of the structure.

“In a sense, compliance is an act whereas governance, which includes compliance in its fold, is a strategic thought process. These differences need to be understood and appreciated in order for this to be effectively deployed across an organisation.”

Elaborating on the principles of governance practiced by the group, he said: “We believe that good governance is founded on three basic principles, which we call the three Cs – i) Competence II) Compliance mindset and iii) Conflict eradication.

“In the group, it is ensured that all key decision-making points are manned by individuals who are competent to do that job and can take the required decisions.

“In addition, they do so with an intent to comply with all the laws of the land, both in letter and spirit, and who are not conflicted in any manner, personal or professional, from taking those decisions. In corporate or public life, installing competent individuals, to take decisions with a compliance orientation, devoid of any conflict of interests, is at the core of all good governance practices.”

This is how the group explains the three Cs:

“The first C of Competence is ensured through a rigorous HR process where favouritism or nepotism are eschewed in favour of individual merit which is the only criteria in determining the right candidates for various decision-making positions. This enables effective decision-making at key decision points and ensures adherence to the first C.

“The second C is about taking decisions with a mindset of Compliance. This is a cultural aspect where zero tolerance is prescribed and practiced for all acts of non-compliance, whether small or big. This is an aspect which is demonstrated more by action than words. Mahindra Group leaders inculcate this aspect across the group, leading by example. The group employs IT enabled tools, in real time, to track and ensure compliance. A home-grown e-tool called the Mahindra Governance e-cockpit is at the core of this practice.

“The third C is about eradication of Conflict in decision making. This is a crucial aspect of governance. Many of the governance breaches in the corporate world stem from a conflict of interest.

“The Mahindra Group has rigorous processes to ensure that conflicts in decision making, both personal and professional, are avoided at all key decision points. For this purpose, the group deploys various tools and techniques, ranging from disclosure of interest to a recusal from decision making, all of which, deployed diligently, and as appropriate, ensure adherence to the third C.

“There are various examples of how the group has set up industry leading practices in the area of compliance and governance and practises them, in many cases, years ahead of the law evolving to mandate them.”

Wall Street is only now waking up to the fact that profits divorced from governance are not sustainable over the long term. But at the Mahindra Group this realisation has been at the core of its business philosophy from its inception in 1945, says Durgashankar.

“This is why the story of the Mahindra Group, which is focused on socially relevant businesses, scrupulously following good governance practices and still being hugely successful in terms of size, profits and stakeholder returns, sustained over long periods of time, is an inspiration to the corporate world,” he said.

Technology to the rescue in fight to halt spread of virus