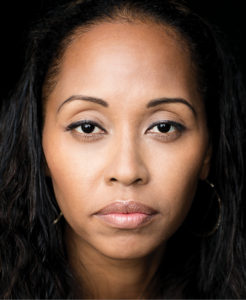 Grit and glamour rarely go hand in hand, but in Afghanistan – known mostly for being poor, full of poppies, and home to the Taliban – an attractive American lawyer encapsulates both. In this raw and rugged country, where tribal law often trumps civil and criminal law, Kimberley Motley has been catapulted onto the world stage as she fights for the marginalised and oppressed.

In 2008, the former-beauty-queen-turned-tenacious-lawyer rocked up in Afghanistan on a nine-month funded scheme to train local lawyers. For Ms Motley, fresh from five years practising law in the US, it was an experience akin to Alice falling down the rabbit hole.

She encountered staggering corruption, and an overuse of harsh, illegal punitive measures while laws that could and should protect the people were underused. Worst of all was the noxious tradition of baad where tribal councils, or jirgas, allow girls as young as four years to be exchanged to pay debts or appease feuds. These human scapegoats are invariably subjected to heart-breaking physical and sexual abuse.

Kimberley Motley didn’t walk on by. With her legal background and the heart of an activist, she dug in and became the first non-Afghan lawyer to litigate in the country since 2008. She first caused a stir by representing expats incarcerated on dubious fraud or murder charges. And although she initially shied away from human rights cases, she felt compelled to use the opportunity to use Afghan law to help some of its most vulnerable people.

Now a wife and mother of two children, Ms Motley spends some six months of the year in a high security house in Kabul, and to date, remains the only Western lawyer operating in Afghanistan. She reports a 90% success rate. Ms Motley uses an iPad app to translate tracts of Sharia law from the Koran and relies on an army of translators. Her reputation has grown and she now also practices law in the US, Dubai, and before the International Criminal Court.

As Ms Motley explained to an audience at a TED talk in 2014 “…the reason for my success is very simple: I work the system from the inside out and use the laws in the ways that they’re intended to be used.”

The presence of the elegant and feminine Ms Motley litigating for top CEOs through to pitifully mistreated pro-bono clients, was a seismic shock for the male-dominated Afghan legal system. Whilst she has earned the grudging respect of some of her Afghani peers, her high profile has come at a cost. Ms Motley’s fearless approach and refusal to pay bribes – normally par for the course – has turned her into something of a target.

But the daughter of an African American father and North Korean mother was raised in the tough, racially tense neighbourhood of Milwaukee, Wisconsin, and instilled with a robust sense of self-discipline and formidable inner strength. As well as anonymous emails threatening rape or death, she has been called a spy, a brothel owner and even had a grenade lobbed through her window (it didn’t detonate).

Life in Afghanistan for any foreigner is a bit of a lottery, but Kimberley Motley is more of a target than most. She is matter-of-fact about the dangers, and says she is more concerned by the risks her clients take in seeking her representation than her own safety.

Gulnaz, a young woman jailed for adultery after being raped and impregnated by her cousin’s husband, is one of Ms Motley’s most well-known human rights cases. The story generated global outrage, and she was able to negotiate the release of Gulnaz and her child from jail, and even managed to gain her a pardon from President Hamid Karzai – an unprecedented demonstration of the power of the law applied properly. In a cruel twist of irony, Gulnaz later succumbed to social pressure and became the second wife of her attacker.

In Ms Motley’s own words: “We can all do something… we can all be contributors to a global human rights economy. We can create a culture of transparency and accountability to the laws, and make governments more accountable to us, as we are to them.” 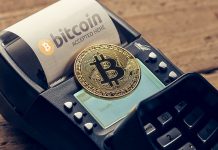